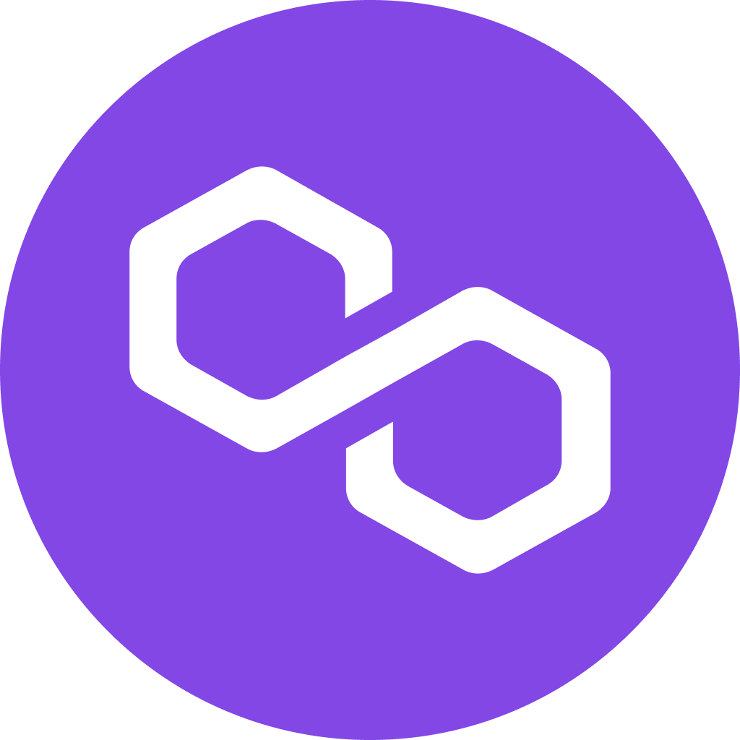 Polygon (formerly known as Matic) is both a protocol and framework for constructing and linking Ethereum-compatible Blockchain networks. While Ethereum is definitely a top contender with regards to Blockchain development, it is not without its limitations. Polygon takes all the best aspects of Ethereum and independent Blockchains and combines them all in one attractive and easy-to-use solution.

Polygon is sovereign and interoperable, meaning that Ethereum-compatible Blockchains can connect to one another via a bridge. Polygon is also dedicated to ensuring that both the user and developer experience receive their due consideration, removing barriers to entry on both fronts. Finally, Polygon is modular, meaning that it is highly customizable and easily adapts to any given requirement.

Polygon launched under the name Matic Network in December of 2017. Its co-founders are Jaynti Kanani, Sandeep Nailwal and Anurag Arjun, two well-versed Blockchain developers and a business consultant with a passion for Blockchain technology. Matic’s original designed aimed to provide users with scalable, secure and immediate transactions using sidechains based on an adaptation of the Plasma framework.

The latter part of 2018 saw several developments such as payments and ERC20 token support (including Ether) on the testnet v1. Other significant developments include the creation of a mobile app and developer docs.

The ecosystem continued to grow and evolve in the subsequent months of 2020, but it became clear that the evolution of Matic necessitated a rebranding. In February 2021, Matic announced that it would be changing its name to Polygon since Matic had a focus on providing a single Blockchain solution while Polygon has its heart set on becoming Ethereum’s Internet of Blockchains. This fundamental philosophical shift has informed the team behind Polygon’s new trajectory and made Polygon a major player in the cryptosphere.

Polygon wishes to contribute towards a borderless, open world in which people and programs work together on a global level without gatekeepers or intermediaries. Polygon strives for a world in which communities are able to collaborate and thrive completely unconstrained by traditional institutions and centralized parties.

The main reason for the existence of Polygon is to address issues that have plagued the Ethereum Network for years. These issues are threefold, namely low throughput, poor user experience (UX) and a lack of sovereignty. These three aspects highlight the major shortcomings of Ethereum, but if adequately addressed, Ethereum’s overall processing capacity and adaptability will increase exponentially.

Polygon hopes to address these three issues by offering the following:

Polygon aims to provide practical, affordable solutions to the many issues developers and users face. Their suite of products and services is specifically geared to provide useful answers to some of the biggest problems in the cryptosphere.

You can learn more about the Polygon team on their About page .

The Matic Initial Coin Offering (ICO) took place between the 25th and 26th April 2019 and raised $5.6 million in funding. However, since rebranding to Polygon, funding has been secured from individuals and organizations such as tech billionaire Mark Cuban, MiH Ventures, ZBS Capital and Coinbase Ventures. The latest funding for Polygon took place on May 26th 2021 during a Seed Round.

Polygon has also launched a $100 million fund to encourage DeFi adoption. MATIC tokens serve as the means of funding. These will derive directly from the network’s ecosystem fund and undergo implementation over the next two to three years. The idea is to onboard ‘the next million users’ in the months ahead so that DeFi adoption and participation is greatly increased.

The Polygon Ecosystem consists of various tools and services that users and developers can harness. It offers up the best parts of sovereign Blockchains, namely independence, flexibility and scalability, as well as Ethereum with its security, interoperability and wealth of developer experience. An added benefit of Polygon is that its Blockchains can interlink with existing Ethereum tools such as Metamask, MyCrypto and Remix.

There are two different types of Ethereum-compatible Blockchain networks in the Polygon ecosystem. They include:

Stand-Alone Chains. These types of chains remain completely sovereign and are compatible with Ethereum. These networks have full control over their own security, meaning they have their own pool of validators. Stand-alone chains offer the highest level of autonomy and flexibility and are ideal for enterprise networks and established projects with well-developed communities.

Secured Chains. These Blockchain networks make use of ‘security as a service’ instead of their own pool of validators. The provision of this service may occur directly via Ethereum through validity or fraud proofs, or by a pool of expert validators (which is comparable to Polkadot’s ‘shared security’). Secured chains are highly secure but lack flexibility and sovereignty. These types of chains best-suit startups and projects that strongly center on security.

Ethereum Layer (Optional). Polygon’s chains can make use of Ethereum to host and implement any aspect of their logic that is crucial to the task at hand. This particular layer executes as a set of Ethereum smart contracts that handle functions such as staking, resolving disputes, messaging between Ethereum and Polygon chains and aspects related to finality or checkpointing.

Security Layer (Optional). This is a tailor-made layer that provides ‘validators as a service,’ a collective of validators that can validate any Polygon chain in exchange for a fee. This layer is typically executed as a meta Blockchain that runs in parallel with Ethereum and takes charge of functions such as validator management and Polygon chains validation. The Security Layer is entirely abstract and can have a number of instances carried out by different agents, and with their own distinct features. It can also execute directly on Ethereum, meaning Ethereum miners will carry out validation services.

Polygon Networks Layer (Mandatory). This is effectively a ‘constellation of sovereign Blockchain networks.’ Each one of these networks provides its respective community with a range of services including transaction collation, local consensus and block production.

Execution Layer (Mandatory). This layer manages the interpretation and processing of transactions that are collectively authorized and part of Polygon networks’ Blockchains. This layer consists of two sublayers, namely an execution environment (a pluggable virtual machine implementation) and execution logic (usually written as Ethereum smart contracts and a state transition function of a given Polygon network).

Polygon makes use of a Proof-of-Stake (PoS) consensus mechanism and requires a set of validators (who basically serve as operators) to secure the network. Validators must run a full node, create blocks, validate and take part in consensus and commit checkpoints on Ethereum’s Mainnet.

Rewards subsequently release to all stakers proportional to their stake at every checkpoint. However, the proposer receives an added bonus for their contributions. The user reward balance then updates in the contract and referenced while collecting a reward.

Several risks go along with validating however. In cases where the validator node is guilty of committing a malicious act such as double-signing, slashing stakes is a very real possibility. Validator downtime also has an effect on the linked delegators at that specific checkpoint.

If at least two-thirds of the weighted stake is honest, the chain will continue in a precise and accurate manner. Validators stake their MATIC as collateral to provide the network with security and, as thanks for their contributions, receive rewards.

MATIC is the proprietary token of the Polygon ecosystem. As an ERC20 token, it operates on the Ethereum Blockchain. MATIC tokens function as the primary unit of exchange for services and functions that are available via Polygon’s Network. The three main use-cases for the MATIC token include participation in Proof-of-Stake (PoS) consensus, paying network transaction fees and providing the ecosystem with funding for development, adoption and value creation. In summary, MATIC plays an integral role in securing the network and providing the means by which democratic governance takes place.

An independent research study on Matic carried out by Picolo Research took place in 2019. You can download and read it here

Check out this Beginner’s Guide to Polygon

Read this article discussing the significance of Polygon