Why Akoin is Making Waves in Africa 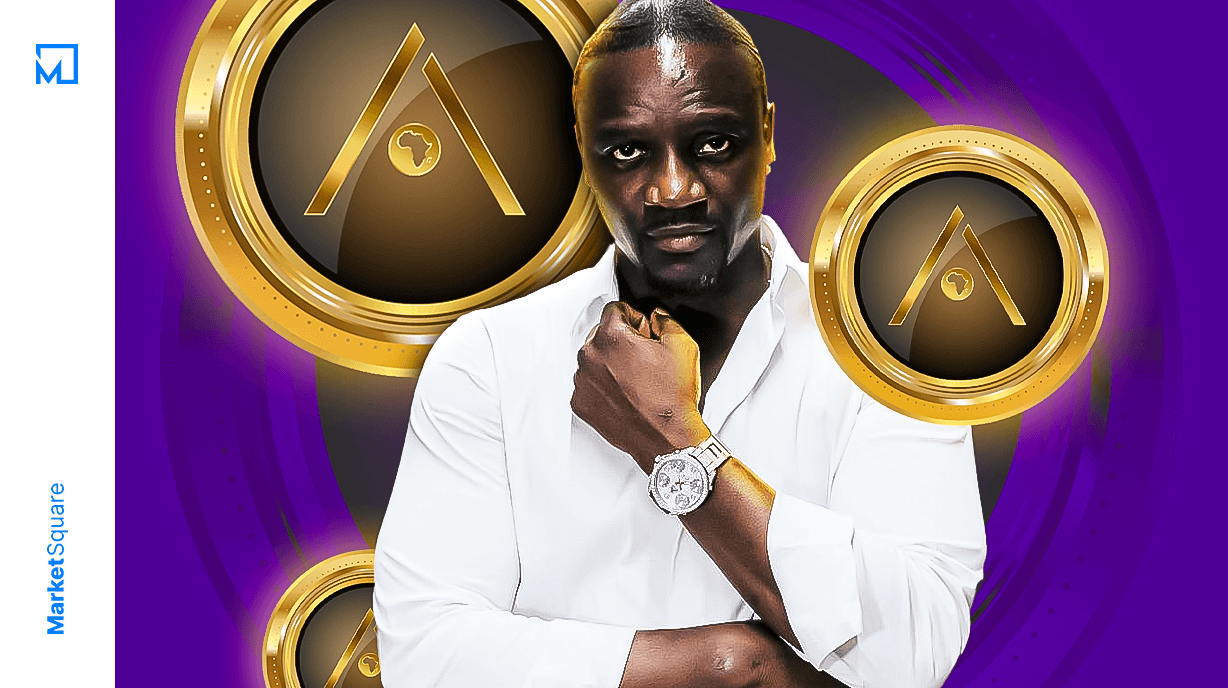 Akoin, the cryptocurrency developed by Senegalese-American singer and visionary Akon, is set to see a major roll-out in September 2021. After a successful pilot test, Akoin is now setting its sights on handling up to $5 million worth of transactions every month. Let’s explore this marvelous development in more detail and learn a little more about Akon and the people behind Akoin…

#Akon: A Visionary for Africa

Akon is something of a unique character. On top of being an award-winning singer, he is also a record producer, entrepreneur and philanthropist. He is mainly known as a solo artist but has released several tracks featuring popular artists such as Eminem (Smack That) and Snoop Dogg (I Wanna Love You).

You might be wondering how a Grammy Award-winning singer got into crypto? Well, in 2014, Akon invested in Bitcoin, so he’s been aware of crypto and Blockchain technology for some time now.

However, there was a defining moment when mere interest galvanized into the idea of creating his own cryptoasset. Apparently after returning from a trip to Dakar, Akon tried to convert West African CFA franc into Euros at a French Exchange.

The exchange staff told the Star, ‘Unfortunately we don’t take them.’ He was left with a pocket full of currency that he couldn’t spend or do anything with. This was a real shock to him because CFA francs is the currency used in many French-speaking West African countries (including his own native country, Senegal).

This was the moment Akon realized that Africa needed its own currency that could be accepted throughout the continent and even beyond.

In an interview with Bloomberg Quint , the singer stated:

‘It really just opened my eyes…that really catapulted the energy to say “we have to have our own currency. I don’t care what it takes - we are going to fix this.“’

Akon announced plans to launch his own crypto in 2019 at the Cannes Lions International Festival of Creativity .

In addition to being a musician and crypto entrepreneur, Akon is well-known for his philanthropic work. For one, he is the founder of Lighting Africa , an organization that provides off-grid electricity to energy-deprived communities.

According to the Lighting Africa website, approximately 600 million people in sub-Saharan Africa live without grid electricity. Instead, they are forced to use kerosene lamps and candles as sources of light and heat. The fumes from these mediums cause respiratory problems and are a major fire hazard.

Energy-poverty is a major barrier to educational and business opportunities in Africa. Lighting Africa is working across 25 African countries and has major plans to expand the operation throughout the continent.

Akon is also involved with Konfidence Foundation , a charity committed to helping underprivileged children. Akon founded the organization in 2007 with the help of his mother, Kine Gueye Thiam. The initiative aims to empower children in Senegal by providing them with education, mentoring programs and scholarships. Interestingly enough, Akon created a song titled Oh Africa with Keri Hilson. Part of the proceeds from this song and subsequent tour went directly towards financing the Konfidence Foundation.

A cryptocurrency enthusiast to say the least, Akon has plans to build AKON CITY in Senegal. AKON CITY will be a futuristic, Wakanda-style smart city powered by Akoin .

AKON CITY definitely deserves an article of its, own so I’ll be following-up in a future piece. Watch this space! 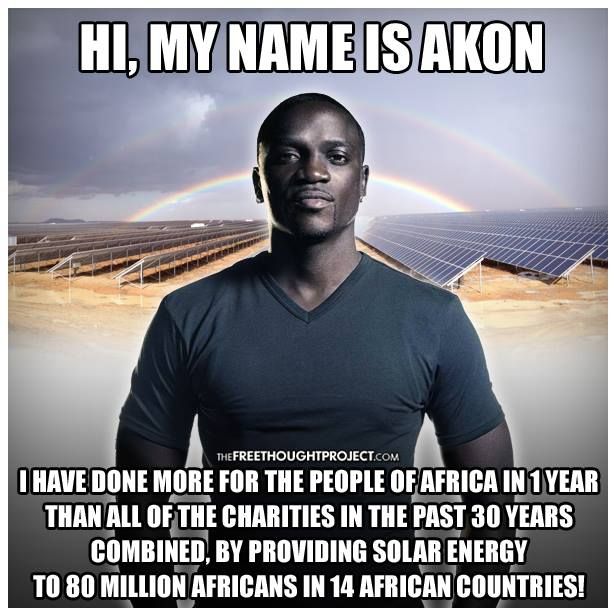 #So What is AKOIN?

Akoin is a Stellar -based cryptocurrency designed to empower entrepreneurs in Africa and beyond. Africa is home to 54 countries and over 40 volatile fiat currencies. With spiraling inflation, strict government legislation and thousands of unbanked adults, it’s difficult for Africans to set up businesses and save money. Akoin aims to solve these problems by providing a suite of tools to help people set up businesses and trade both locally and internationally.

Young entrepreneurs in Africa are facing real hardships in creating and building businesses — problems that have hampered sustained development for too long - Akon, Chairman and Co-Founder of Akoin

Akoin also funds a foundation that runs programs for identifying and encouraging entrepreneurs in Africa. Some of these programs include education, mentoring Akoin ambassadors, business incubation, community networking and activations. The foundation invests in Decentralized Apps (dApps) joining the Ecosystem, leveraging them as token distribution vehicles to ensure Akoin maintains its utility for its end-users.

Akoin underwent testing at the Mwale Medical and Technology City (MMTC) . The MMTC is a fascinating development in Kenya. It’s built around a 5,000 bed state-of-the-art hospital. With solar powered lighting, a waste-to-energy facility and rainwater harvesting, the city aims to be completely self-sufficient and entirely sustainable in the near future.

The initial testing phase for Akoin ran from November 2020 to July 2021 and involved residents and employees of MMTC. People were paid and could effect payments using Akoin. The transactions were then converted into cell phone minutes or other forms of exchange. According to Akoin, the test was a huge success, and the aim is to have all residents and businesses in the city transacting solely with Akoin by September 2022…that’s about a year from now, so we’ll find out soon enough!

A full rollout of $AKN will be unveiled in September, which will see #Akoin used countrywide across Kenya 🇰🇪

#Where Is This All Headed?

A spokesperson for Akoin stated that by the end of 2022, Akoin is expected to become the ‘second-most popular payment platform after M-Pesa,’ a mobile-phone-based money transfer and micro-financing service popular in Africa and other parts of the developing world.

These are grand plans indeed, and I personally wonder how long it is before a movie or documentary is made on the whole Akoin project. I for one would definitely watch it. Wait a minute, that’s a great idea! Remember movie moguls, you heard it here first, so I’ll expect some credit for the idea!

I will be following Akoin with great interest and bringing you updates on its progress. With a famous co-founder, huge plans for expansion across Africa, designs to build a self-sufficient smart city in Senegal, and the sustainable MMTC project, you wonder if the project will succeed or simply disappear. Only time will tell I guess…

Brynn is the Content Manager at ARK.io, lead DeFi writer for MarketSquare and die-hard metalhead. When not researching yield farming, he spends his time crushing demons in DOOM or shredding his favorite axe.
Tags:
Crypto
Akoin
Africa
Share:
More from MarketSquare
View all