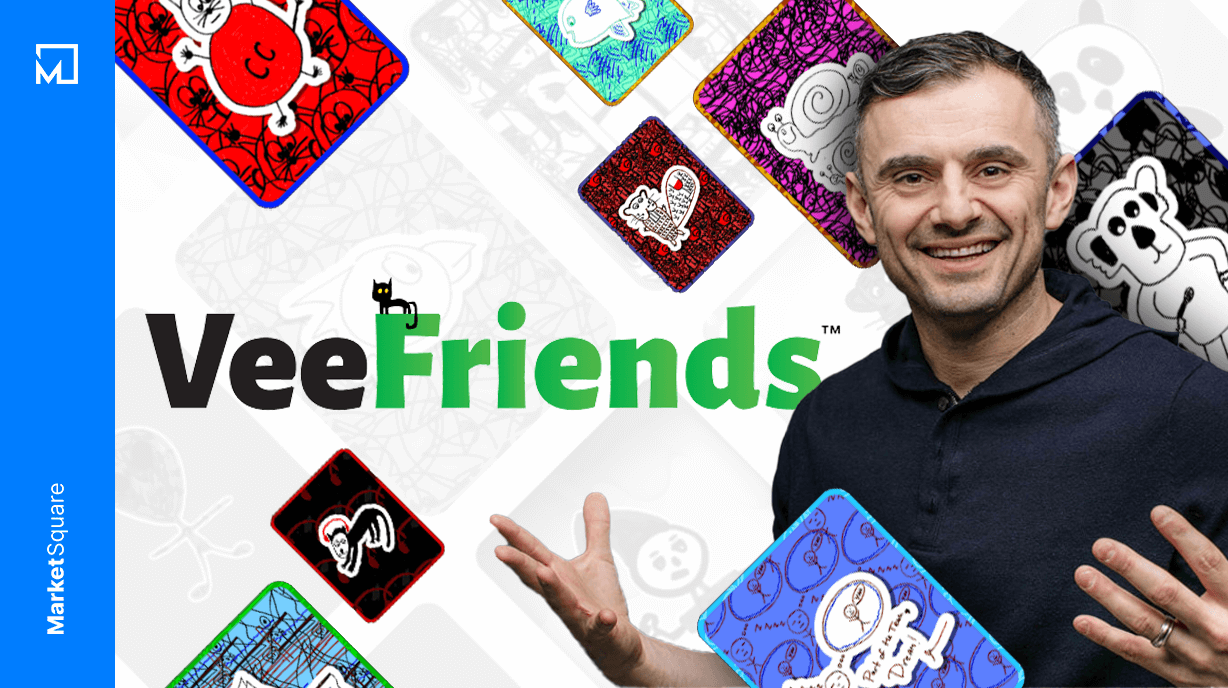 The NFT industry has quietly settled on a handful of projects that form the bedrock of the marketplace. Names like CryptoPunks , Ghxsts , Bored Ape Yacht Club , and Art Blocks have become well known for their huge sales and massive hype, but there is one collection that has straddled the boundary to that top tier and kept some collectors on the fence.

Launched by mega marketer Gary Vee , VeeFriends is a well established but somewhat confusing collection. Launching to major sales figures and a quick sell-out, VeeFriends was one of the first NFT collections to try an ambitious business model that included providing not just NFT’s, but access. Access to special conferences, access to physical merch, and even direct access to Gary Vee himself.

This model proved a huge success and the collection has shown consistent volume in the top tier, but the audience seems to be limited to those who already follow Gary and his vast empire. The question on many minds was whether or not VeeFriends and it’s niche business model were limiting it’s appeal to the wider market.

Fortunately for VeeFriends holders, they have a secret weapon. They know that the main benefit of owning a VeeFriend is that you don’t just get an NFT, you get Gary Vee himself and Gary always delivers.

If you don’t know much about Gary Vee, haven’t read his multiple bestselling books , or don’t subscribe to his insanely popular youtube channel , you may not realize the value of having Gary in your corner.

Gary has an amazing rolodex of connections and a unique ability to build value around his brands. On Friday, he used this to his advantage to make a huge announcement that may have just changed the game for VeeFriends holders.

Appearing in a 1-on-1 interview with Jimmy McNelis, aka J1mmy.eth , Founder and CEO of NFT42 and general NFT legend, J1mmy announced a new collaboration between VeeFriends and AvaStars that would see 1700 AvaStars airdropped to VeeFriends holders in an unprecedented move. 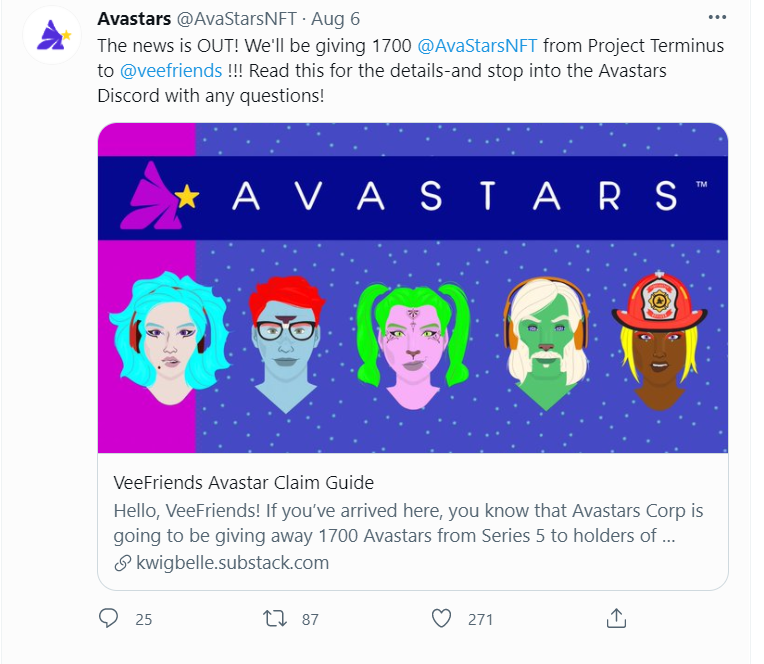 Along with this announcement, the VeeFriends team and Gary Vee announce an entire program based around this concept called The VeeFriends Pre-Launch Program (PLP) which is where things really start to get interesting.

The VeeFriends PLP is a program designed to help bring exposure to new proejcts launching custom NFTs while rewarding long term VeeFriends holders. Unlike anything else currently in the industry, it sets up a funnel for constant airdrops to VeeFriends holders bringing massive value along with ownership. 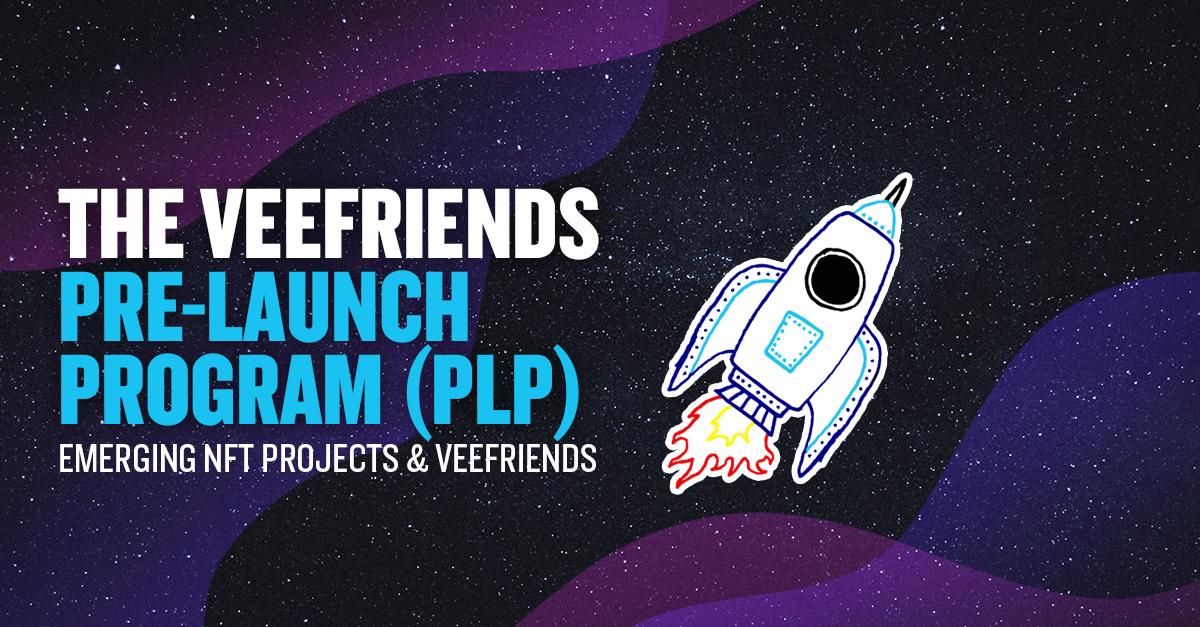 The program is fairly straightforward. New projects who are launching soon can fill out a form to apply to be reviewed by the VeeFriends team. If approved, they will set aside 555 NFTs from their upcoming launch to be randomly airdropped to VeeFriends holders. In exchange they get massive exposure to a huge crowd of not just NFT enthusiasts, but because these are Gary Vee followers, marketing minded NFT enthusiasts in particular.

The value that this relationship can bring to a new project should not be understated. It can provide a massive launching point for both exposure and hype leading into a new launch. What Gary has done with this announcement is bring more hype to VeeFriends, bring value with the AvaStars airdrop, and bring a lot of long term upside through the PLP.

Like I said before. Gary Vee always delivers and this time, he delivered big.

Disclaimer: Our writers may own NFTs in some, all, or none of the collections mentioned as per their personal preference. No information in the article is influenced by freebies or sponsorships and all NFTs owned by the writers were purchased on an individual basis with their own funds.

Farmer Joe is a simple farmer. When not shucking corn he's out scouring the earth for the best NFTs to bring them direct to your wallets.
Tags:
NFTs
VeeFriends
AirDrops
Share:
More from MarketSquare
View all