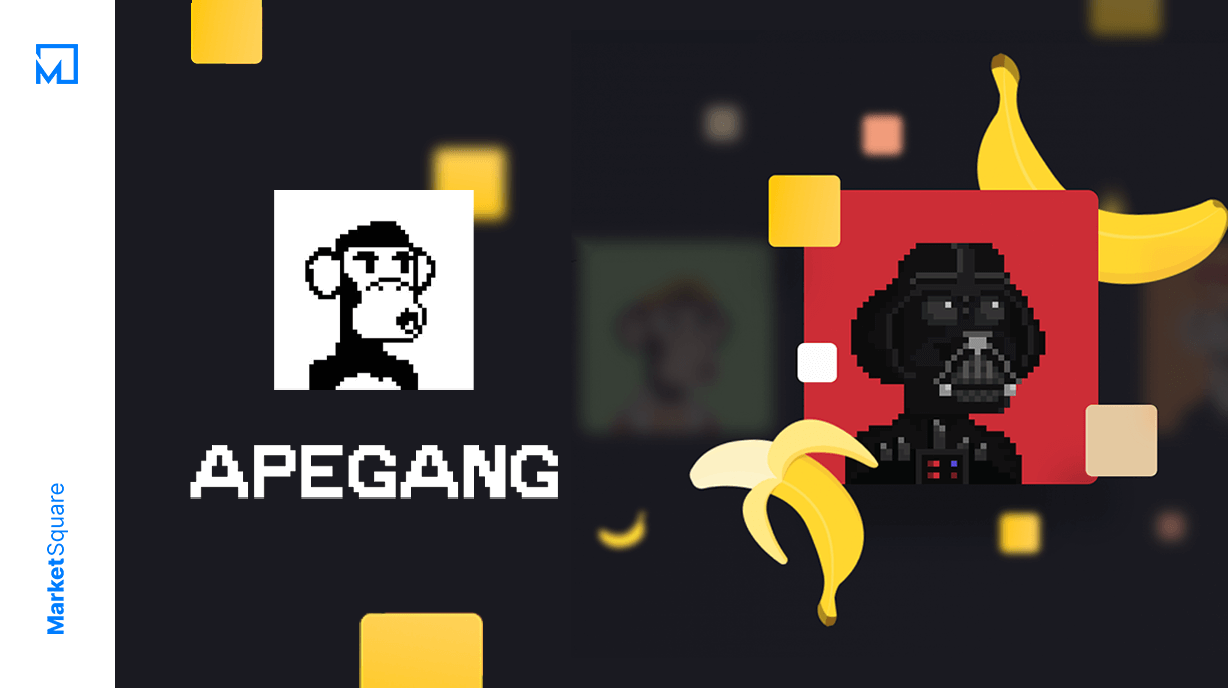 Welcome back crypto fans to another totally amazing Discovery of the Day! MarketSquare is all about the Blockchain life and the future of finance. From Monday to Friday we bring you our Discovery of the Day featuring some of our top picks for NFTs, DeFi protocols, Blockchain Games and more. In today’s article we take a closer look at the Ape City, specifically those simians running it…The Ape Gang!

Hidden in the dense jungles of the Ethereum Blockchain are Apes, but not just your garden variety chimps. No no, these Apes have been stalking nearby human civilizations for centuries—watching their every move. The Apes waited patiently until the time was right to overtake a neighboring city and replace the humans populating it, and that’s exactly what they proceeded to do. After they settled in various parts of what was to become known as Ape City, multiple gangs of apes with different personas formed: good guys, bad guys, crazy guys, chilled guys, weird guys, scary guys…the only question is—which one will you join?

Ape Gang is a collection of 10,000 programmatically generated NFTs on Ethereum Blockchain. Each Ape is entirely unique and synthesized from 149 possible traits including headgear, eyes, ears, mouths, clothing and even fur color! The collection also includes some extra special 1/1 Apes. Each Ape Gang holder gains full ownership over their Ape(s) as well as commercial usage rights, meaning they may do whatever they see fit with their new property.

Let’s take a peep at what these stupendous simians look like: 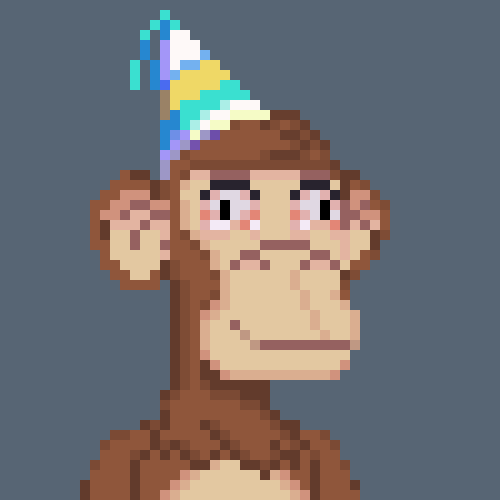 They don’t call him a party animal for nothin’… 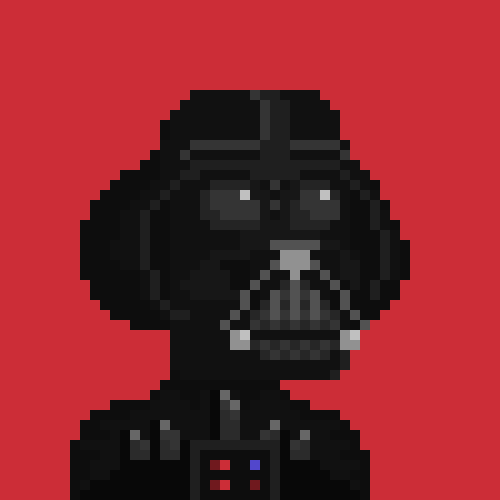 No, I am your father! 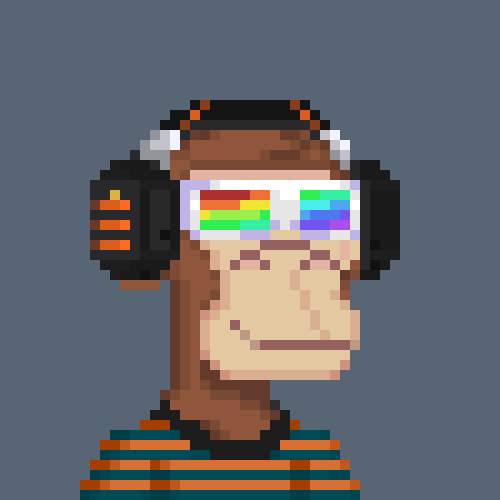 This marvelous collection is surrounded by a loving community and run by a diligent team of NFT enthusiasts. These lovable Apes were created by the skillful Rikong & Jokong . Be sure to check them out and show them some love! ❤

The Ape Gang project is pretty extensive, and we have a lot of ground to cover still, believe it or not. So let’s dive headfirst into what they’ve been up to lately and what they have planned for the future.

Toucans are the fierce flying companions of Ape Gangs that will play an important role in determining the outcome of Gang Wars. Toucans were airdropped free of charge (gas fees not included) to Ape Gang holders and are created from over 140 possible traits including headgear, eyes, beaks, clothes and feathers. Take a look at this fine specimen: 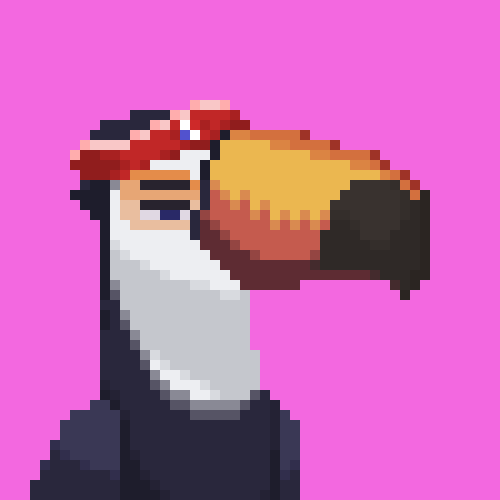 Fun fact: The word ‘toucan’ comes from the sound the bird makes. Their songs often resemble the cacophonous croaking of frogs

The Apes are in the midst of a serious suburban war! That’s right, Ape Gangs are going head-to-head in the center of Ape City, all fighting with the same goal in mind: to emerge victorious and reign supreme over Ape City! Season 1 Gang Wars will take place very soon in a text-based game on Ape Gang’s Discord. Gangs of 50 apes under the command of skilled leaders will battle against each other in order to gain the upper hand. Jaguar NFT prizes will be awarded to those gangs that manage to prevail over their adversaries.

In addition, every Ape that participates in the Gang War will receive at least one jaguar coin, which can then be converted into a jaguar NFT. What’s that? More utility for being part of the Ape Gang project? Yes indeed! Jaguar NFTs are exactly like Toucans in that they will play an important role in the upcoming Gang War and the seasons that follow. So join the Ape Gang Discord, enlist in the gang you’d like to be part of and prepare for war. As Winston Churchill once famously uttered:

What a huge accomplishment for ape gang to take over the biggest city in the US! But this isn’t it we are cooking up something huge. Be ready for a big announcement coming soon‼️#NFT #NFTCommunity #NFTNYC #NFTcollection #NFTNYC #NFTs pic.twitter.com/453fDVnSoa

#Supporting the Rainforest Foundation US

Not only does Ape Gang provide plenty of utility to its holders, but it also assists charities like The Rainforest Foundation US in their mission to protect natural habitats across the world’s remaining rainforests. So far Ape Gang has managed to donate 20 ETH and is currently looking at different ways to support this noble cause.

Yup, that’s right! We’re not finished yet! The Ape Gang is in the process of building its own Metaverse for Ape Gang holders. Just take a peek at some of the teasers the team have released thus far:

The first official character for the Ape Gang Metaverse

Take a look at this apes... First gameplay snippets of our 3d ape inside a world!! There's much more where this came from 😈Tag some Apegangers!😈#NFT #ApeGangNFT #nftcollector #ApeGang pic.twitter.com/vEE7FG7bd6

No way…there can’t be more, right? Well, you’re wrong again! The team is currently making its way through the Ape Gang 3.0 Roadmap, and boy is there plenty more to come! The latest Roadmap includes items like 3D Ape Figurines, the $GANG token release, an iOS Ape Gang game, developing the Ape Gang Metaverse, and, of course…Season 1 of Gang Wars!

There’s such an enormous number of things the team are working on that I don’t even have time to discuss it all. For this reason, if you want to keep up-to-date with what’s going on, you can view the current Roadmap below and sign up for The Ape Gang’s newsletter, aptly dubbed The Peel 🍌 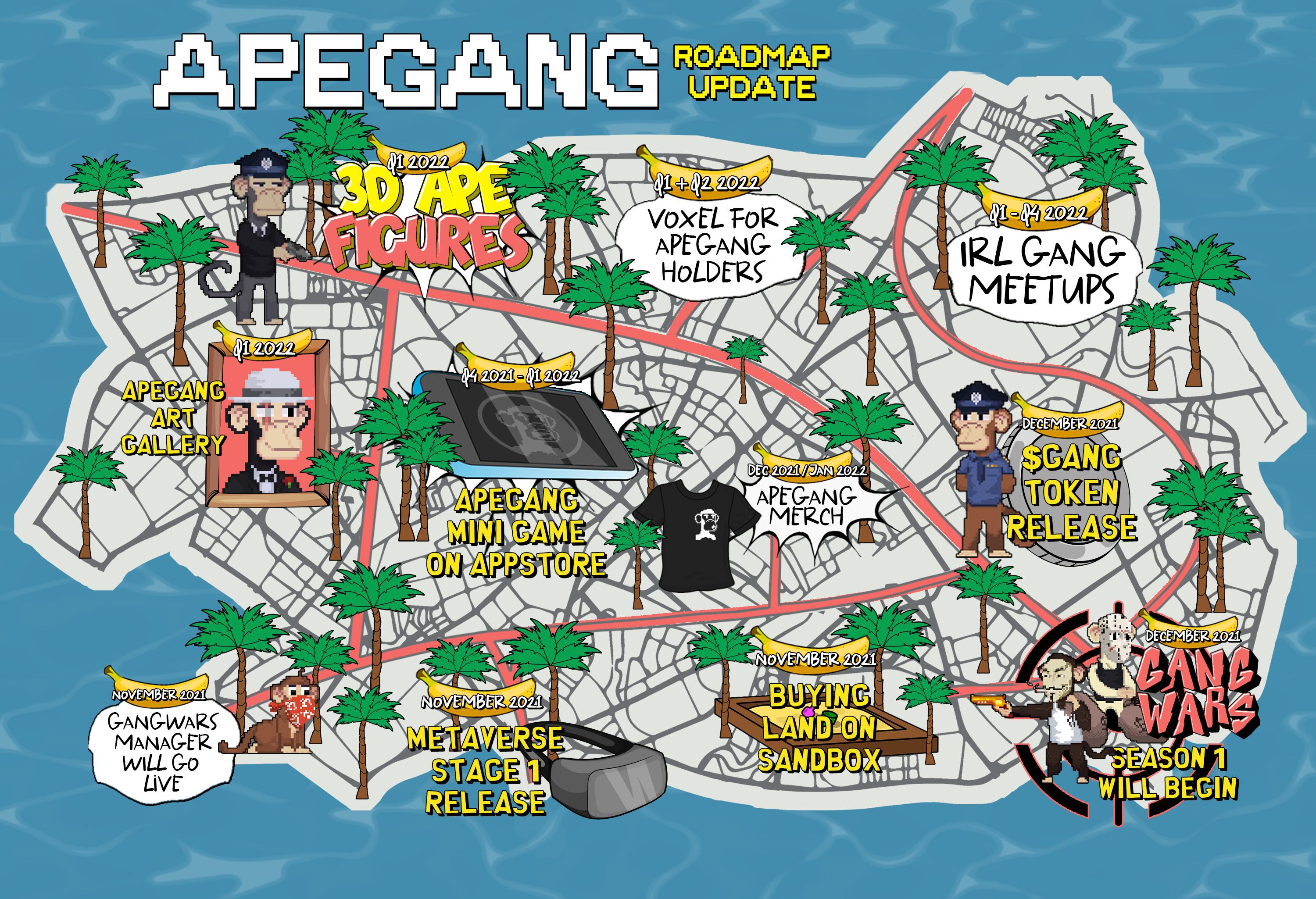 The Ape Gang collection is sold out, but you can still get yourself one (or two, or three) of these battle-ready Apes over on The Ape Gang OpenSea page. Now on to some stats…

In short, Ape Gang is a really awesome NFT project you should watch closely. Be sure to give them a follow them on Twitter and join their Discord so that you can participate in the action-packed Gang Wars with your very own Ape!

For now we must leave these belligerent beasts to their own devices, but fear not! There’s a ton of other stuff for you to explore here on MarketSquare, and we bring you new finds and stories on the regular, so keep your ears open and eyes peeled! at all times (yes, we went there!) And remember:

Reece is a video editor and Blockchain Games researcher at MarketSquare.io. He moonlights as a twitch streamer and can often be found slaying wither skeletons in Minecraft when not hunting for the latest NFTs.
Tags:
NFTs
Discovery of the Day
Collectibles
Share:
More from MarketSquare
View all