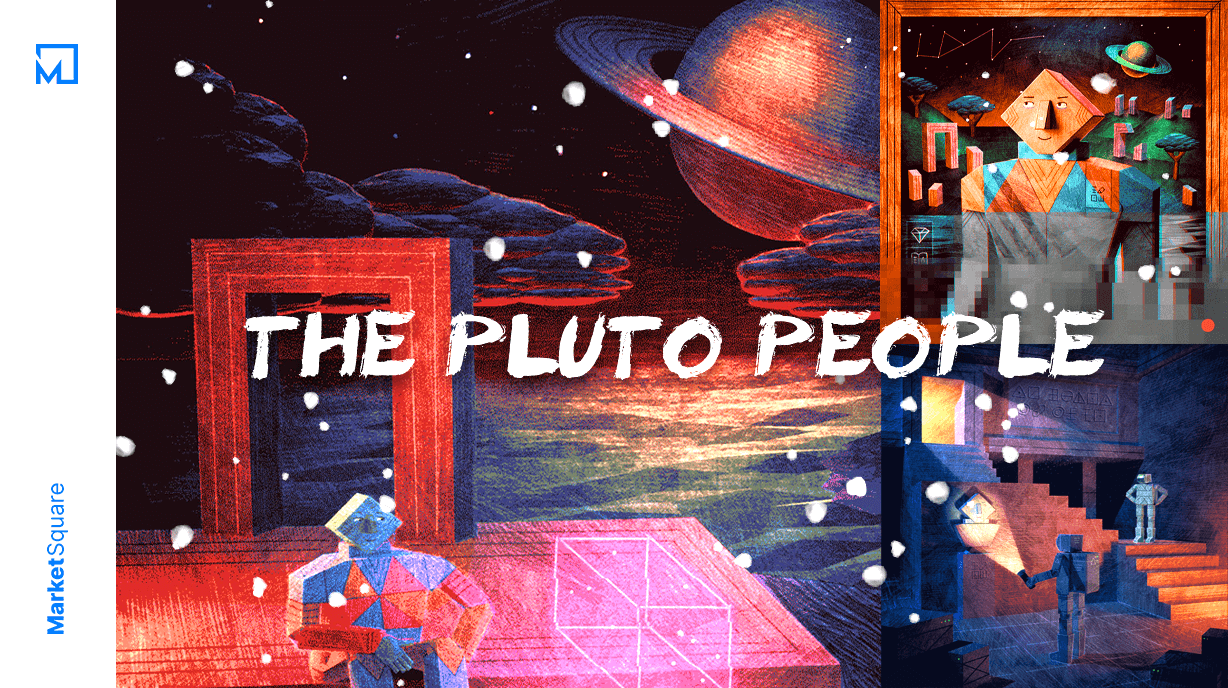 The past few months have seen a wide assortment of projects being covered here on MarketSquare, and we’re not letting up anytime soon! We bring you Discoveries of the Day from Monday to Friday featuring our top picks from across the cryptosphere. From DeFi protocols to NFT collections, you can find it all right here on MarketSquare. Today we bring you a particularly unique collection by James Shedden—The Pluto People!

#The Science of Form

You’ve probably heard that old argument about people who are left-brained being particularly logical and better at subjects like mathematics and physics while right-brained people are more creative, emotional and artistic in nature. Although there seems to be sufficient evidence to corroborate this notion, not every theorist agrees with this rather reductive approach to human cognitive behavior. Indeed, no human being is entirely rational; neither are they completely emotional and/or capricious (unless extreme cases are taken into account, of course).

You may be wondering why I’ve opted for this rather verbose preamble, but humor me a little longer, will you? Art may be subjective, but in the truest sense, even the most chaotic stream-of-consciousness pieces have a semblance of form and order. If one considers the work of Jackson Pollock , which relies heavily on creative accident and chance, there is clear evidence of direction, purpose and decision-making within his artworks—certain colors had to be picked, limitations of the medium and method had to be observed, and in the end, there is a deliberateness in even the most ‘unartistic’ of art pieces.

Now we’re all aware that much classic art is typically hyper-detailed, or at the very least, based on proven techniques related to form, composition, lighting, texture and color. Today’s NFT collection, The Pluto People , is more reminiscent of modern cubist renderings by the likes of Pablo Picasso or Georges Braque than anything else. However, even this appraisal is limiting as elements of classic Greek sculpture, Futurism and even Art Nouveau are present within these NFTs by London-based artist James Shedden .

While I can’t attest to his exact influences, Shedden’s choices regarding composition, lighting, brushstrokes and geometry evoke an oddly familiar feeling of warmth and nostalgia, almost as though you are intimately acquainted with each of his characters in some way. The end result is that each of his pieces contains a wealth of intriguing detail and a refreshingly human aspect that photo-realistic projects simply lack despite their morphological clarity. In many ways, The Pluto People feels more like a dream or pleasant memory than a series of generative characters or avatars. This is why, to my mind, it is a particularly fascinating collection and is more akin to fine art than pop culture.

As you can well imagine, The Pluto People focuses sharply on art and authentic storytelling. You’ll be pleased to know that the collection will launch on the Polygon Blockchain. Naturally, there are a few reasons for this judicious decision:

While James may be the artist behind The Pluto People, he receives a significant amount of assistance from his partner Walt , a software engineer who handles the more technical aspects pertaining to Blockchain technology and effectively helps bring The Pluto People to life! This said, James is handling much of the technical details himself including all of the generative code responsible for producing each ‘Pluto Person.’ Remember what I said about left- and right-brain dichotomy being limiting?

Another key component of The Pluto People is its strong drive to build a friendly, active and creative community. With each sneak peak that is released, followers are coming up with new theories and ideas regarding The Pluto People and their way of life. In fact, the community encourages others to join in and provide their own opinions and observations about exactly what these fascinating humanoids are up to.

Now let’s take some time to check out a few of the sneak peaks that have been released via The Pluto People’s Twitter thus far: 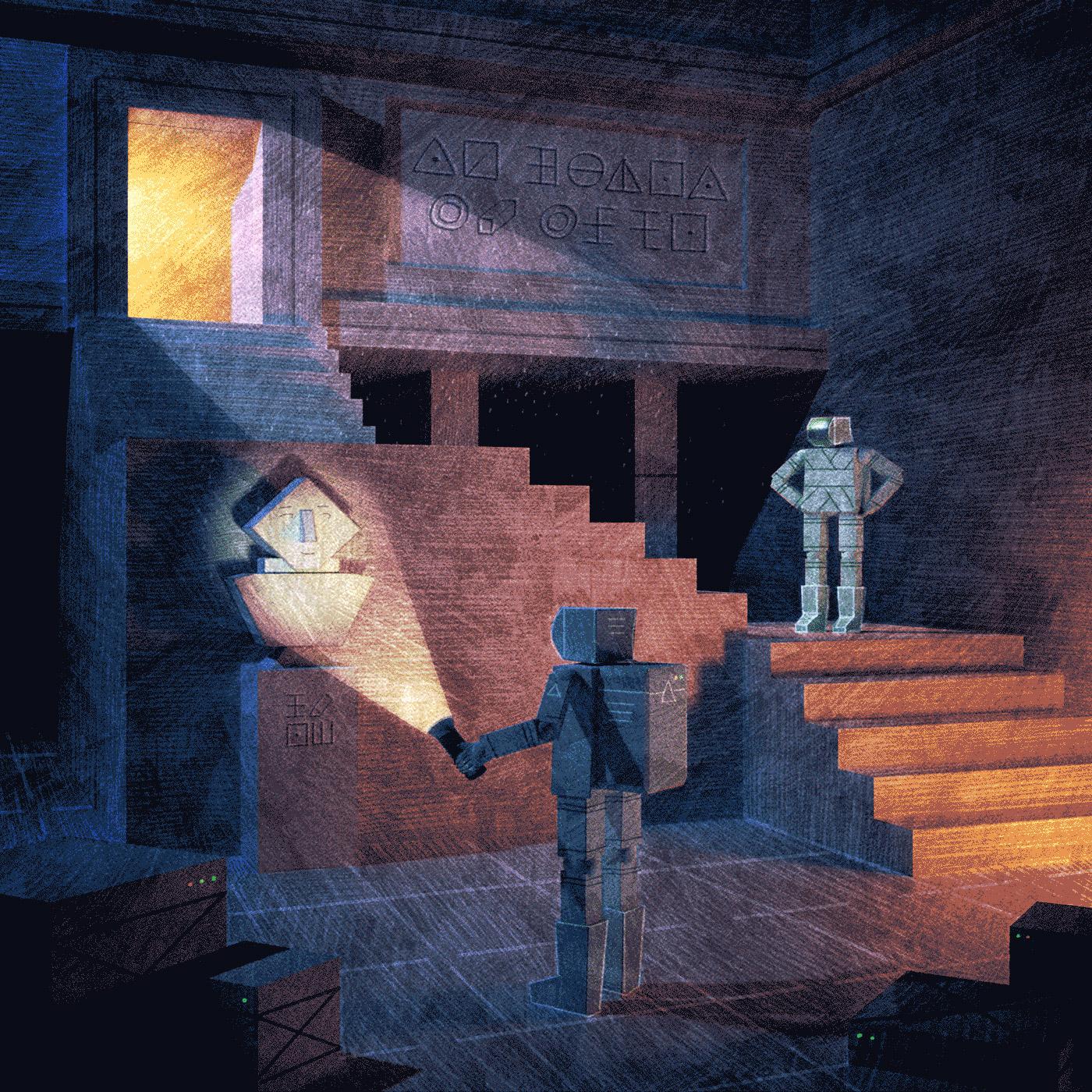 Is it a museum? A storage area? And what about the glyphs on the wall?

Colorful, friendly and mysterious…what are they thinking about?

So there’s trees and liquid water on Pluto after all!

The Pluto People is still a very new project and, to my understanding, the team has yet to release an official Roadmap. However, James and Walt are hard at work to get everything in order, and I couldn’t be more excited to see what they have planned for the future!

If you would like to find out more about The Pluto People, simply join their Discord and check out their suitably detailed FAQ section. Any questions or thoughts you may have should be covered there. Naturally, if there is anything else you would like to know, simply ask in the appropriate channel, and someone will almost certainly address your query.

Not just a cold and lonely Dwarf in the Dark…

As aforementioned, The Pluto People collection is still being built and has not officially released as yet. However, I strongly urge you to keep a lookout by following them on Twitter and joining their Discord so that you get all the latest developments and information delivered directly to you on a consistent basis.

At present The Pluto People community is relatively small, but it’s clear that its members are highly motivated and active. In the coming weeks and months, I have little doubt that this project will become a major drawcard for many NFT collectors and enthusiasts. In its short lifespan, The Pluto People has already garnered a lot of attention and released some very impressive work to say the very least. So keep your ears and eyes peeled! You do not want to miss this one! Thanks for joining me on this Discovery of the Day. Take care, and personally?

…Pluto is still a planet to me…