The Limits of Margin Trading 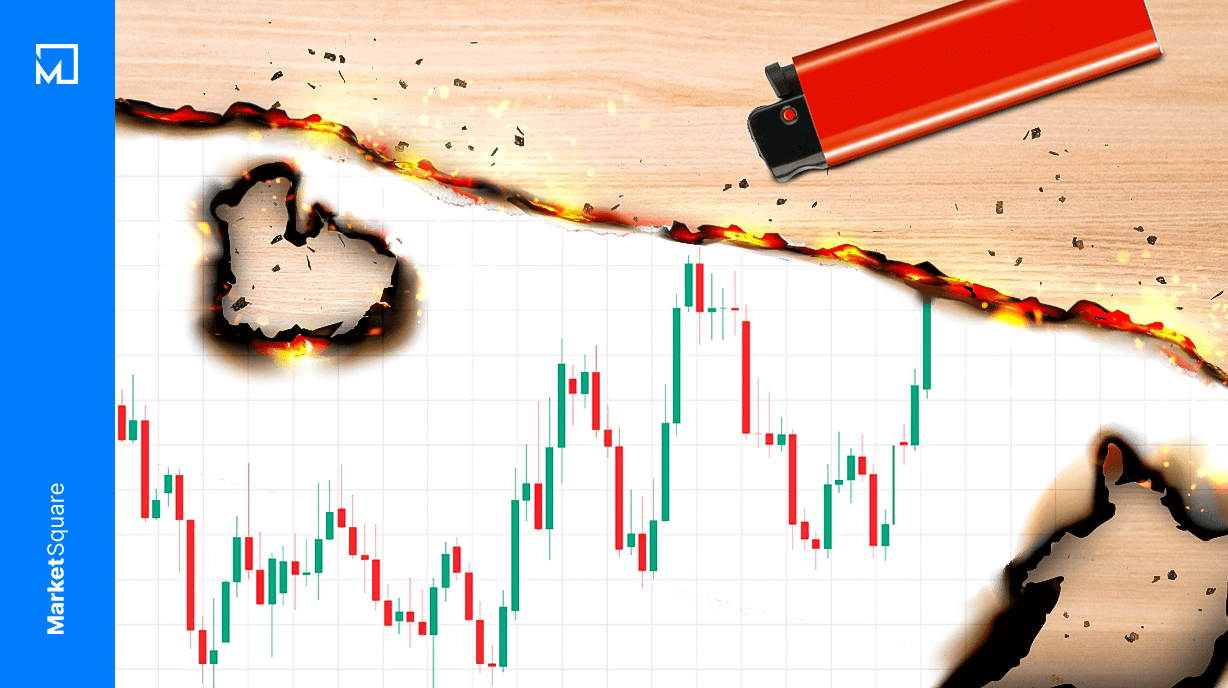 The prospect of making huge amounts of profit is undoubtedly tempting, but where the promise of great success exists, so too does failure. Trading traditional markets is already tricky, but in crypto, where volatility is particularly high, margin trading is best left to the pros. However, this hasn’t stopped some young people from biting off more than they can chew. Let’s take a deeper dive into margin trading in the cryptosphere…

Crypto is kinda like the Wild West with plenty of rootin’ tootin’ young bucks bettin’ their net worth to reel in some major winnings. Of course some desperados are a little too headstrong and end up gettin’ burnt when they raise the stakes just a little too high.

In all seriousness, crypto newbies often end up jumping in with both feet before they really understand what they’ve gotten themselves into. When it comes to regulation, crypto has enjoyed a pretty decent amount of freedom in recent years, but with more people joining the ranks of the crypto-converted, governments and institutions are beginning to give regulation of the industry much more serious consideration.

Naturally when people hear the ‘R’ word in crypto, the general response is to panic sell in fears that the entire market is going to plunge headfirst into the abyss. Of course crypto has seen several ‘crashes’ in the last few years, but in a highly speculative market, what can you expect?

The idea of regulation shouldn’t be treated lightly, but to think of it all as negative is a little short-sighted. While I’m sure there are many who would disagree, regulation does serve a purpose with regards to protecting consumers and preventing them from making potentially dangerous, life-altering decisions. Yeah I get it, we all love the idea of ‘freedom,’ but let’s be real: it’s kind of a ridiculous notion, at least in its ‘truest’ form.

There are limits to everything, and for good reason. While many are able to exercise discretion and restraint, others who have an appetite for risk often put themselves (and sometimes others) in great peril as a result of their irresponsible or reckless behavior. While regulation may suck the thrill out of markets, it does actually prevent irreversible damage from taking place. And then there’s also the fact that it holds intermediaries and exchanges to account when things go wrong.

On July 25th 2021, FTX ’s CEO, Sam Bankman-Fried , announced that he would be limiting the amount of margin trading debt permitted on the platform, effectively reducing the 100 times leverage to 20 times.

Now there are several reasons for this. Firstly, governments are currently putting many crypto-related exchanges and businesses under the microscope. Unless you are new to the space (or have been living under a rock), Binance has been facing a wave of intense scrutiny from numerous governments around the world with Malaysia being the most recent to join in on the crackdown. In addition, BlockFi has been limited from selling its BlockFi Interest Accounts (BIAs) in 4 states in the US.

I recently covered the BlockFi issue in greater detail. Click here to get the scoop.

And those are just two examples, and this is likely just the start. Don’t starting quaking in your boots quite yet pilgrim: this ain’t the first time crypto has been under fire, and it won’t be the last neither! Trust me! Anyway, the point is…FTX are trying to dodge the regulatory bullets already hurtling headlong towards other platforms (see what I did there?) And it’s a smart move too if you ask me. If you see your friends taking heat for something you’re also doing, you know you’re next in line, so it’s best to sidestep the hit as best you can while you still can.

Now there seems to be this, shall we say, ‘perception’ that there are many traders maxing out their leverage and driving the volatility of the crypto market. Well, our pal Sam disagrees, at least in the case of FTX…

And according to the FTX CEO, the number of traders using leverage over 20 times is ‘way less than 1%.’ Now you might say, ‘So what’s the big deal?’ As it turns out, it is a big deal since many traders using over 20 times leverage are not actually playing with small amounts. For example, a trade that makes use of $2,000 trading capital could lead to massive earnings, but it could also lead to losses of up to $200,000 on 100 times leverage.

The point is that leverage amplifies profits, but it also amplifies losses. And while there are definitely some amazing success stories with people making hundreds of thousand or even millions of Dollars in a single trade, there’s another side to this that probably doesn’t receive nearly enough attention: the poor souls who lose big time.

#The Tragedy of Alex Kearns

A CNBC article published on June 15th tells the sad story of a young trader by the name of Alex Kearns who tragically ended his life after he believed he had incurred a loss of $730,165 trading options on Robinhood . The worst part of this particular story is that he misinterpreted the message he received from the trading platform and did not, in fact, owe nearly three-quarters of a million Dollars.

Moreover, another article from CNN Business by Matt Egan explains how Kearns allegedly attempted to contact Robinhood numerous times to get help but failed to receive the assistance and reassurance he desperately needed. Had he been able to get in touch with customer service, it’s almost certain he would still be alive today.

The truth is that Alex didn’t have the qualifications, the income or the capital to enter into such a trade, yet he was still allowed to do so. His family blame Robinhood and are suing the platform for Alex’s death, and in my opinion, they’re entirely justified. Robinhood’s negligence and failure to educate their traders led to the suicide of a young and inexperienced man who simply didn’t understand the consequences of his actions. 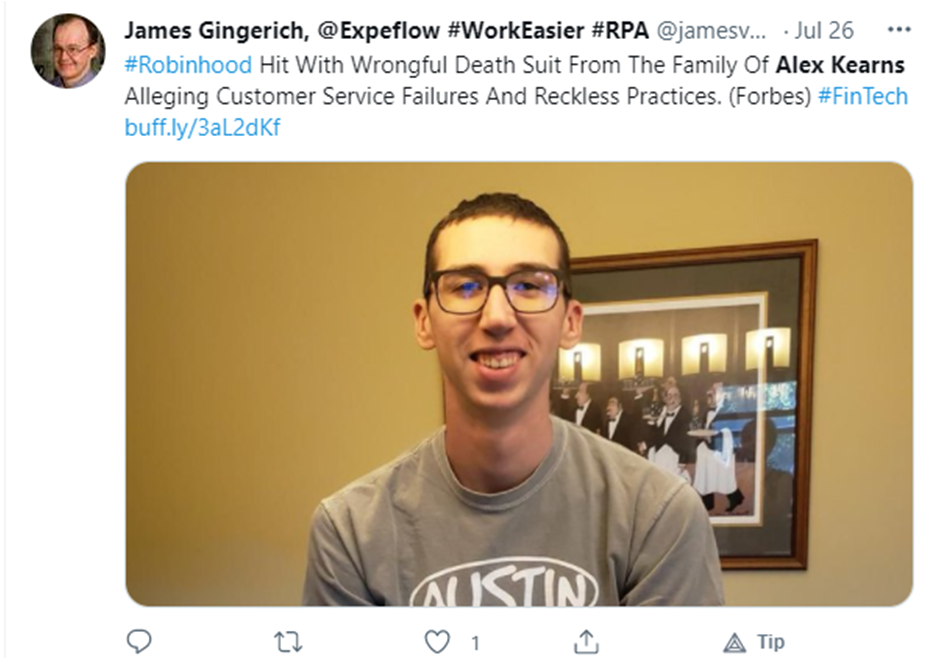 Kearns’ story is not the only one when it comes to options and margin trading, both in crypto and traditional markets. A Yahoo! Finance article by Mark Emem from June 2019 explains how a Chinese Bitcoin trader, Hui Yi, sadly committed suicide after losing a staggering 2,000 BTC after entering a short position using 100 times leverage. While there is some controversy over this story, it’s clear from both Alex and Hui’s story that using extremely high leverage has the potential to ruin lives.

#Crypto with a Conscience?

From the above it’s probably a lot clearer to you why FTX has reduced its leverage so drastically. People learn by making mistakes, but the truly wise learn from the mistakes of others. Considering what little benefit (if any at all) such high leverage trading brings to FTX, it makes perfect sense for the platform to reduce their own exposure to risk and circumvent similar tragedies that may occur in the future.

In many ways high leverage trading is a proverbial Sword of Damocles hanging precariously over the heads of many traditional and crypto exchanges. Even professional traders who watch charts and trends every day make mistakes and lose money. The difference is they know how to mitigate and balance their losses. They also typically know when high leverage is a bad idea, and in most cases, it’s probably more often than not.

While it’s possible that FTX’s move involves some measure of conscience, it’s a deliberate attempt to avoid coming under heavy fire when crypto regulation gets put into effect. As a Coindesk article by Kevin Reynolds points out, critics of crypto have underscored the high levels of leverage allowed on crypto platforms as one of their main pain points. By self-policing and falling in-line with imminent regulation beforehand, FTX is effectively showing good faith and demonstrating their commitment to following the framework that will soon be outlined and instituted for the industry.

#Finding Answers to the Tough Questions

You may be asking what you can do to avoid risks and protect yourself from unnecessary issues and possible financial ruination. Thankfully there are answers, so here are a few pointers for you to consider:

Remember, the above is not financial advice, it’s merely some food for thought, especially if you’re new to crypto and don’t really understand a lot about this rapidly evolving space. Margin trading takes know-how and experience, and even then, traders can still burnt. Never risk more than you can afford to lose, and remember…do the math!

#And What About DeFi?

Of course FTX is a Centralized Exchange (CEX), and like other centralized crypto exchanges, it’s inevitably going to draw scrutiny from regulating authorities. Now if you think trading crypto on CEXes is like the Wild West, then DeFi should probably make that experience look like a trip to Disney World!

Look, I know I’m being facetious, but, as I mentioned in my previous article, DeFi is pretty complex. Having said that, it’s undergoing a lot of development right now. Moreover, it’s really not very easy to regulate. The question is, ‘What is there to regulate?’ DeFi platforms use smart contracts and computer code, and the participants trade directly with one another with no intermediaries. While accessibility remains a problem for many traders, there are several platforms working tirelessly to resolve these problems and make DeFi more available to newcomers.

The coming wave of regulation will likely accelerate DeFi adoption and bring about an entirely new wave of innovation in the cryptosphere. This isn’t to say that DeFi can’t be regulated, but given the way it works, it won’t be a simple task. Naturally DeFi is not a simple answer to Centralized Exchanges, and it has its own attendant risks, but given how crypto espouses and enshrines the concept of decentralization, DeFi is probably one of the main vehicles through which actual decentralization will be realized.

Brynn is the Content Manager at ARK.io, lead DeFi writer for MarketSquare and die-hard metalhead. When not researching yield farming, he spends his time crushing demons in DOOM or shredding his favorite axe.
Tags:
DeFi
Regulation
Margin Trading
Share:
More from MarketSquare
View all