Square's new DeFi division: What does it mean for the Industry? 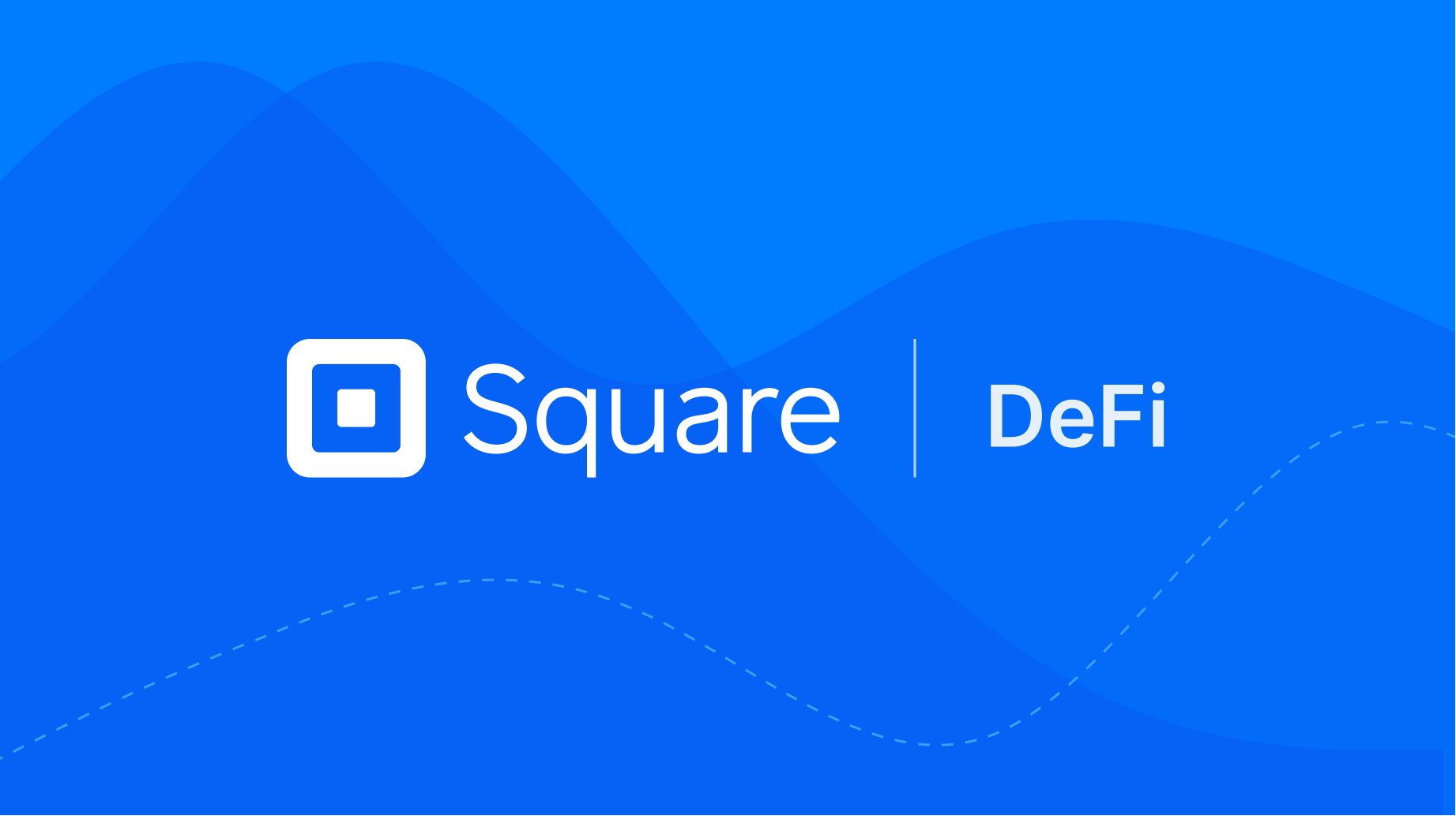 On July 15th, Jack Dorsey , CEO of commerce ecosystem Square , announced that the platform is currently working to introduce a new divison dedicated to the creation of Decentralized Finance (DeFi) applications on Bitcoin. Much like Square’s new Bitcoin hardware wallet, the new division will carry out all work in the open: ‘Open roadmap, open development, and open source.’

#The Growth of DeFi

To understand why Square has chosen to dedicate resources to such a platform, it is important to understand the fundamentals of Decentralized Finance, or DeFi. In recent years, there has been a growing focus on the need to develop decentralized solutions to financial services. One could even argue that Bitcoin itself was the first-ever DeFi application since it allows users to take control of their money and send it to virtually any location in the world.

Decentralization is essentially why Bitcoin exists. This is no simple task however since practically every component within the legacy financial system relies on centralized parties such as banks to facilitate payments. Moreover, a plethora of intermediaries also form part of the mix. Some examples include credit unions, insurance companies and financial advisers to name just a few.

Of course all of these intermediaries drive up the costs associated with financial services. They also tend to slow the process down since there are several stages through which finances must pass before they arrive at their final destination. Centralization means people have little or no real control over their money and are effectively at the mercy of entities that may not have their best interests at heart.

DeFi applications provide access to financial services that are comparably cheaper, faster and cost less than those provided by centralized organizations. Additionally, parties seeking yields find DeFi attractive since they can generate returns between around 15% and 30% by ‘locking’ their capital into smart contracts.

According to a Forbes article by Lawrence Wintermeyer, the total value locked (TVL) into decentralized platforms like Maker , Uniswap and Aave has ballooned from under $1 billion in May 2020 to $88 billion at its peak in May 2021. It’s clear that interest and investment in DeFi has grown exponentially, so there really is little wonder that Dorsey’s Square wants to build an open developer platform for DeFi applications.

#So What Does This All Mean?

The burning question in everyone’s mind is, ‘What does this mean for DeFi and the crypto industry as a whole?’ First of all, let’s take a look at the state of DeFi on Bitcoin by comparing the number of projects that currently exist with other ecosystems listed on defiprime.com: 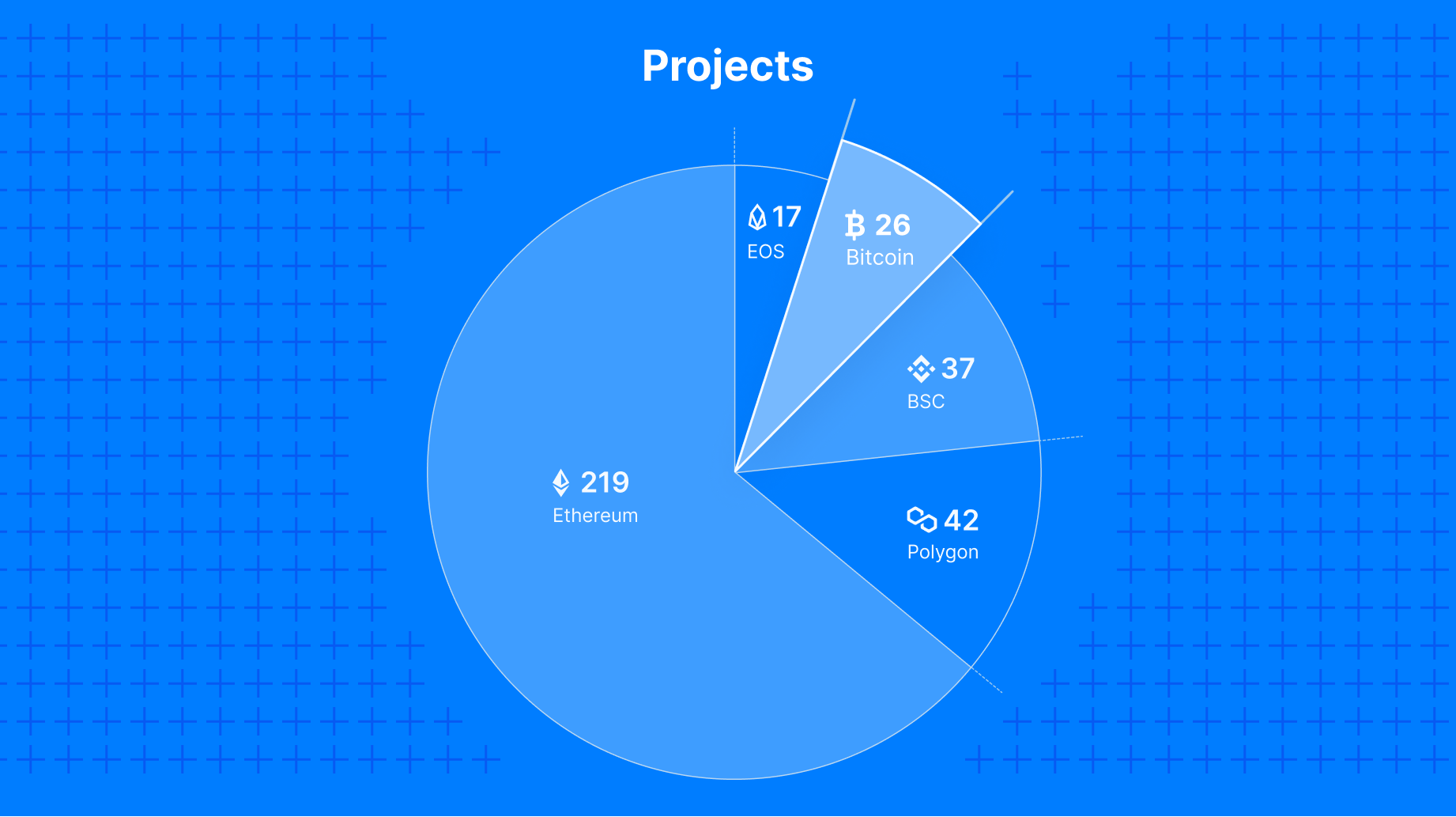 It’s abundantly clear that Ethereum stands head and shoulders above other ecosystems in terms of the number of DeFi projects it currently boasts. Having said this, with Square’s entry into the DeFi space, the expectation is that the number of DeFi apps based on Bitcoin will grow significantly in the coming months. However, according to Tally Greenberg of Allnodes , Bitcoin will take some time to catch up and is unlikely to adversely affect Ethereum’s development trajectory or price.

Taproot , a Bitcoin protocol upgrade due for implementation in November, should make significant technical improvements to Bitcoin’s core code and effectively streamline the creation of Layer 2 smart contracts. To-date, smart contracts on Bitcoin’s Layer 2 (with Layer 1 constituting the primary Bitcoin Blockchain) have not seen as much energy devoted towards development when compared with smart contracts on Ethereum. Square’s entry into the space should even the playing field somewhat and encourage developers to create their DeFi applications on Bitcoin.

#What Do the Critics Say?

Critics of the move point out the fact that Ethereum is already a major leader in the DeFi space and that building DeFi applications on Bitcoin ‘simply isn’t necessary.’

While Ethereum may be a leader in the DeFi space, it isn’t without its own set of issues. In an Entrepreneur article by James Murphy, he states that if DeFi wants to go mainstream, it will need to look beyond Ethereum to ensure scalability and low fees. Indeed, many DeFi apps built on Ethereum typically have high transaction fees, are difficult to use and lack speed and security. Naturally Ethereum is aware of the issues on its platform and is working to institute its own changes to address these in the future.

Other critics have highlighted that Square itself is a centralized entity and that their platform simply cannot be decentralized as a result.

If dissenters are in fact incorrect, and Bitcoin’s DeFi ecosystem begins to flourish, it could have a negative impact on the price of altcoins. This all depends on uptake in the coming months and whether developers will really want to build their DeFi applications on the Bitcoin Blockchain rather than Ethereum or other ecosystems like Polygon for example. If Square is able to accomplish their goal and attract new developers to Bitcoin, and if Taproot really does improve the protocol as intended, then newfound interest in Bitcoin may soon manifest.

In short, interest in DeFi is growing, and any number of scenarios could play out. The coming months will certainly reveal more details, and the markets will likely reflect whatever shift in attitude may occur in the near future. Square’s entry into the DeFi space is a major move and should provide a renewed and increased interest in Bitcoin.

Brynn is the Content Manager at ARK.io, lead DeFi writer for MarketSquare and die-hard metalhead. When not researching yield farming, he spends his time crushing demons in DOOM or shredding his favorite axe.
Tags:
DeFi
Square
Crypto
Share:
More from MarketSquare
View all