Splinterlands: The Perfect Translation to Blockchain 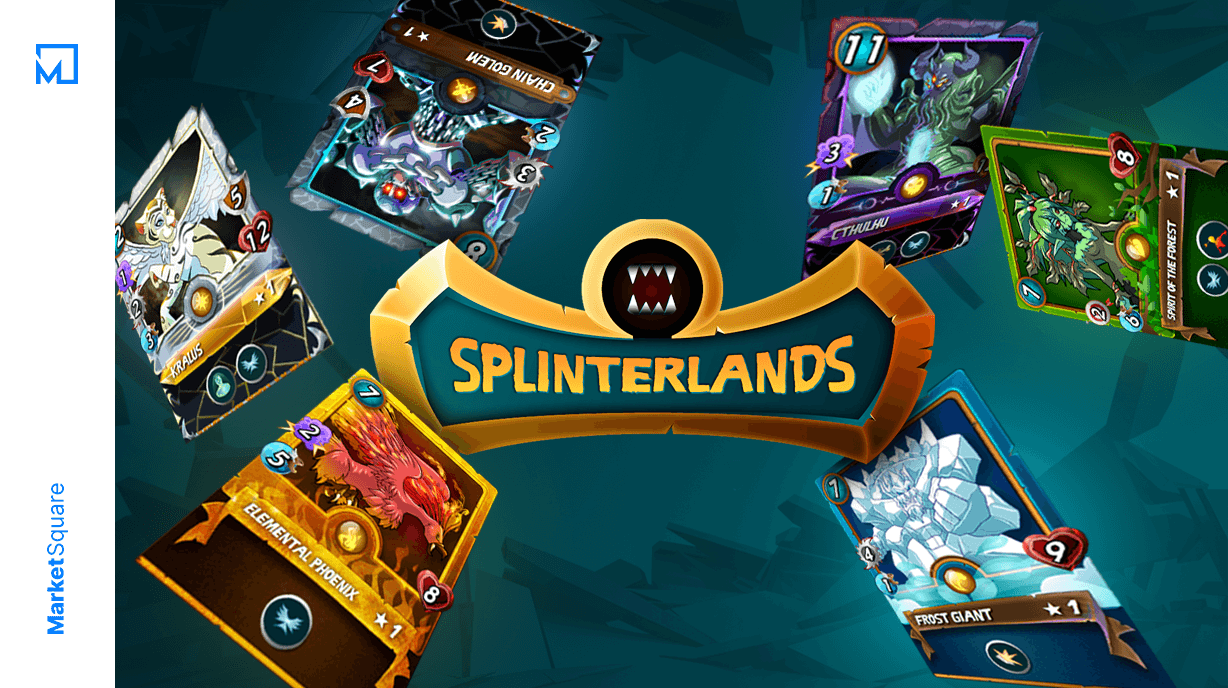 Blockchain games seem to be a hard sell right now. Are they built for investors, gamers, or catering to both? But, one game type has translated into Blockchain more perfectly than anything else: Collectible Card Games. And while there are several to choose from, one seems to be leading the pack…Splinterlands!

#Discovering the Magic of Card Games

Growing up in the 90s, I was part of the boom in Collectible Card Games (or CCG). Recess was filled with people looking to trade, improve, and battle with games like Pokemon, Digimon, and Yu-Gi-Oh! But nothing came close to the grand daddy of the playground, Magic: The Gathering. 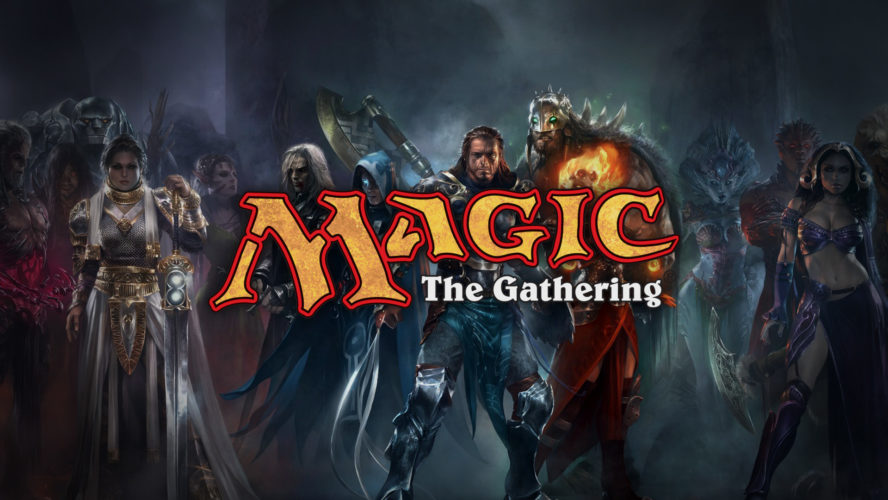 This was THE game, and I wanted in!

A friend gave me a practice deck, and after I understood the rules, I. Was. Hooked! I remember the thrill of opening new packs and the indescribable excitement of getting that rare you needed to bring your collection or deck together. I loved everything about the game: the pressure of playing someone skilled, the shift of social allegiances with the draw of just one card, the fun of building decks and developing the next strategy to beat anything that was thrown at me…Then losing, REBUILDING decks and rethinking strategies.

I eventually got so good the competition became, well, to put it lightly? Nonexistent. I started to look for new opponents and discovered local tournaments. Eventually graduating to conventions, I realized, not only was I great in the local community, I…was only great in the local community. If I’m being honest, I got stomped every single time I paid the $50 USD entrance fee to compete at those conventions (U-Con at the University of Michigan, to be exact).

#I Got 99 Problems and Being a Player/Collector IS 1…

One year while attending U-Con, a friend came with me and decided to sell one of his ultra-rare cards he didn’t use to pay for more packs of the newest expansion. It had never occurred to me to do anything like that before. I always noticed the vendors, and drooled over the cards they were selling, but never once did I think of selling cards to buy new packs. It wasn’t that the concept of trading was new to me: I had done it many times, with friends and strangers at tournaments, but actually selling them? I decided to sell my super rare Juzam Djinn, and buy a whole box of packs. After all, he was worth around $400 USD at the time. 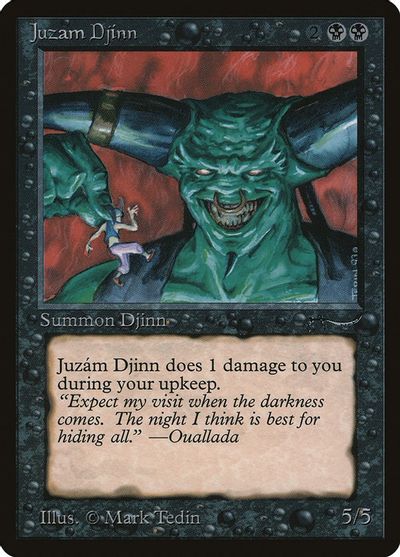 This bad boy was amazing and valuable, and I was willing to let him go. Money, here I come!

Unfortunately, when I tried, I was presented with the bitter truth of being both an avid player and collector. I USED these cards to play with, and by doing so, their value had reduced considerably. I was told ‘You can either be a collector, and retain the value of cards, or you can be a player, and lose that value.’ Now, I know what you’re thinking: just put them in sleeves. But up until that point, I had no reason or knowledge to do so. I was 10. Obviously I started doing that, but it was too late for some of my high value cards. And what’s a player to do? The rarest cards were often the strongest, and if you used those cards, they dropped in value. I tried to use cheap cards written with the good cards’ names that I wanted to protect, but that was not allowed in tournaments. You HAD to play those cards. There just didn’t seem to be any real way to collect cards and compete in tournaments.

#The Magic of Blockchain

Fast forward to 2021, and after all this time, you can finally be a player AND a collector, and get the best of both worlds. How is this possible? With the introduction of NFT-based Blockchain games of course! Inspired by a similar childhood fascination with Magic: The Gathering, Matthew Rosen decided to create a digital card gaming experience using NFTs on Blockchain, and thus Splinterlands was born.

Built on the Hive Blockchain , Splinterlands offers everything Magic: The Gathering does and more. It is the premiere Blockchain-based CCG, and for good reason too. Splinterlands lets you buy packs, emulating the same thrilling experience I had with Magic. With easy-to-use systems for purchasing provided by Splinterlands Shop , you simply click on the shop button, fill out the necessary information, and? Boom: Your opening packs! One of the most appealing factors is that your cards can be used in games and will never drop in value, an absolutely massive change from my experience with Magic. Harnessing the power of NFTs in gaming, Splinterlands makes each card just as unique as a standard Collectible Card Game. Rares are rares, commons are common, and all the while remain in mint condition for resale value.

Doesn’t matter how much I use this card, it’s still mint. I like it!

#Blockchain for the Win!

Blockchain answers the call concerning all aspects of CCGs. No longer are player pools small and localized. You can get more than the entire U-Con experience just sitting in front of your computer by competing with players from all around the world anytime you want. Want to safely trade or swap cards with other players like the old days? NFTs use smart contracts to make it even safer than physical trades. Want to gain the respect of the community? Win and you can! Splinterlands and Blockchain have all the bases covered for bringing the CCG model into the digital age. Blockchain has an Ace up its sleeve to improve CCGs in a way that would be impossible in the real world.

What could Blockchain possibly offer to make the perfect transition even better? Hear me out. Let’s say I’m missing that one card to round out my deck. A common problem in Magic centers around not having a certain rare or ultra-rare. What are you going to do? Ask to borrow it? Back in the day, you’d be out of your mind letting someone borrow an expensive card. They could lose it, damage it, or even worse, destroy it (which is somehow more unbearable than losing it). I know I would never let anyone borrow my Black Lotus. No way! 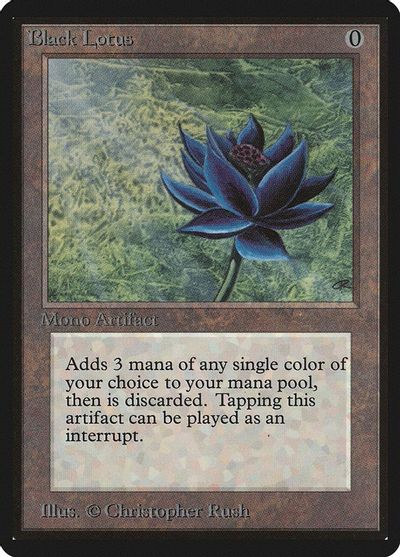 Which I owned and cherished! Alpha, used it in tournaments. Wasn’t perfect condition, but my parents sold it as part of a bulk sale while I was away at college. Only lost about $50k USD in total I’d think…

NFT gaming removes all of those risks and concerns. Splinterlands has created a marketplace as well as 3rd party websites like Peakmonsters where you can actually rent those cards you haven’t acquired yet that make your deck perfect. There’s even the option to rent entire decks! This is where the perfect translation of real-world to Blockchain becomes even better. I can now rent out that Black Lotus with no concern about damages or losses, because it’s an NFT, so there’s literally no way any of that could happen. If you’re a CCG player, Blockchain is the future. All the benefits, all the rules, all the systems, and a whole bunch of extra improvements. Trust me when I say it…Splinterlands is the Magic: The Gathering of Blockchain!

Youtube
Spizzo is a videographer, writer and gamer. He spends his nights dominating tug of war with his dogs, popping domes in games, and preaching the good word of his favorite altcoin.
Tags:
Splinterlands
Gaming
Blockchain
Share:
More from MarketSquare
View all