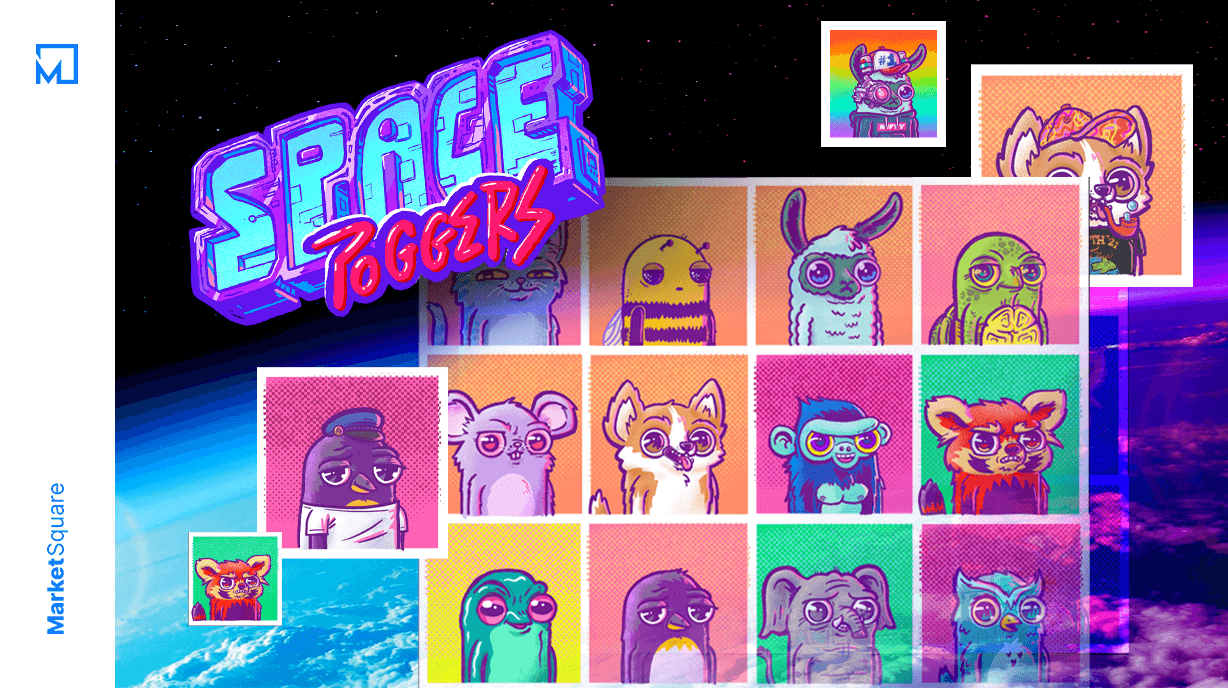 NFT Launches are hit or miss. When they hit, they really hit, but with that comes a lot of potential for disaster. We have seen countless sell-outs that brought with them horrible gas fees, smart contract issues, website issues, delayed reveals, and even rug pulls.

Unfortunately for Space Poggers, one of the most highly anticipated launches of the week, they got the royal flush. Let’s take a look at what happened.

When a project starts off launch day with a delay, it’s never a good sign. For Space Poggers fans, the bad news came early with the announcement of a weeks delay in revealing the art due to an issue that required the team to re-upload all of the art for the collection to IPFS.

In fairness to the team, they took to twitter to be transparent and explain what happened to those who were waiting to mint and decided not to delay the minting despite the setback. 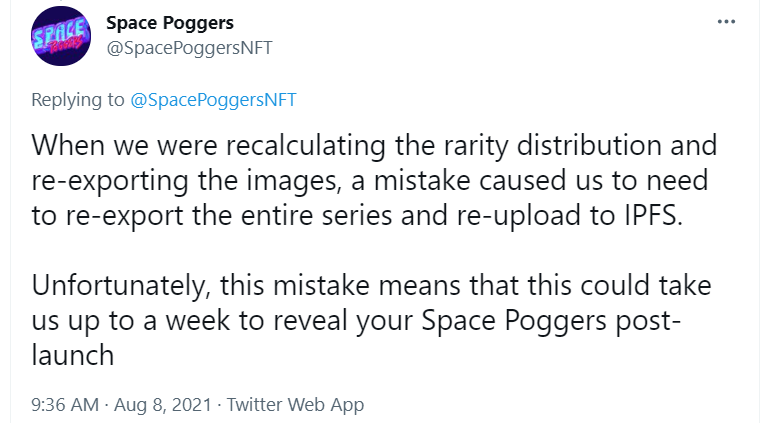 Just kidding, later in the day they announce a 2 hour delay in minting, which while not bad, is still a delay and for those in different timezones, would have seen them staying up until 4 AM to try and get a chance to mint a pogger.

But OK, sure, while that isn’t the best news, it’s only 2 hours and then everything will be fine and everyone will have their new found furry friends and all will be right with the world.

#Ethereum Gas Prices are the Devil

With the launch of CryptoZunks on Saturday, we saw gas prices skyrocket to over $200. Suffice it to say, Space Poggers was not immune to the stupidity that is current Ethereum gas fees.

As typical with major launches, gas fees went through the roof with at least one user paying as much as $2400 in FEES alone to mint their Poggers . On a positive note, due to EIP1559, the Space Poggers drop managed to burn over 569 Ethereum in gas fees leaving some Ethereum supporters pretty excited. 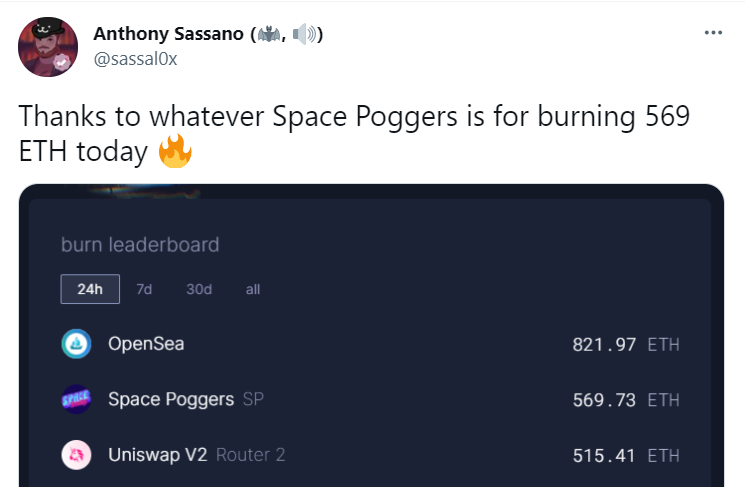 With no end in sight until ETH 2.0 launches, this won’t be the last time we see high gas fees in an NFT drop and it has become business as usual for serious collectors. For smaller colelctors however, it doesn’t make the reality sting any less with many being priced out of new drops on gas fees alone.

#Tip of the Iceberg

If that wasn’t enough, hold on to your BAYC hats because it got worse. Shortly after launch, users started noticing something was wrong with the minting process. Users who were purchasing 50 Poggers were only actually getting 10.

Again, to their credit, the team quickly addressed the issues on twitter and announced that they would be paying back a whopping $1.5 million to members who lost Eth due to frontend issues with their website. 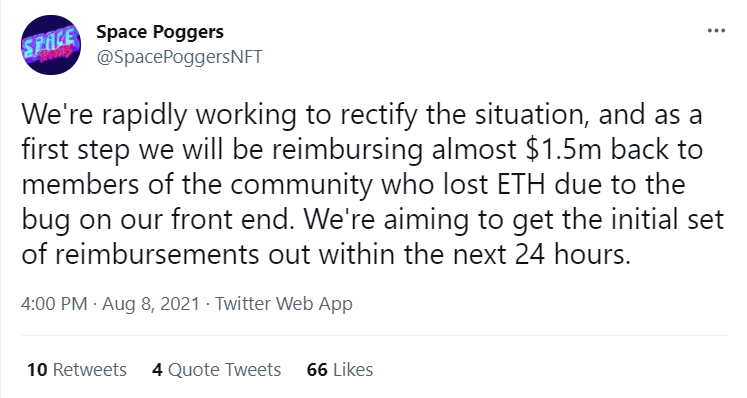 None of this is a good look for the project but many stuck with it, had success minting, and the project still sold out in about 20 minutes flat. Despite the issues, the factors that made Space Poggers so exciting in the first place still exist. The project features great artwork, an ambitious roadmap, and a team that despite a few setbacks, has been fully transparent and worked diligently to fix the problems.

Do they deserve a second chance to make it right? I believe so. This industry is still new and there are going to be hiccups along the way. The team appears to be genuine and has worked hard to make up for their mistakes and fix the issues. Only time will tell if that is enough for collectors to give them a second chance, but if I had to guess, based on current market conditions, I would bet that they will.

Disclaimer: Our writers may own NFTs in some, all, or none of the collections mentioned as per their personal preference. No information in the article is influenced by freebies or sponsorships and all NFTs owned by the writers were purchased on an individual basis with their own funds.

Farmer Joe is a simple farmer. When not shucking corn he's out scouring the earth for the best NFTs to bring them direct to your wallets.
Tags:
NFTs
NFT Drops
Space Poggers
Share:
More from MarketSquare
View all