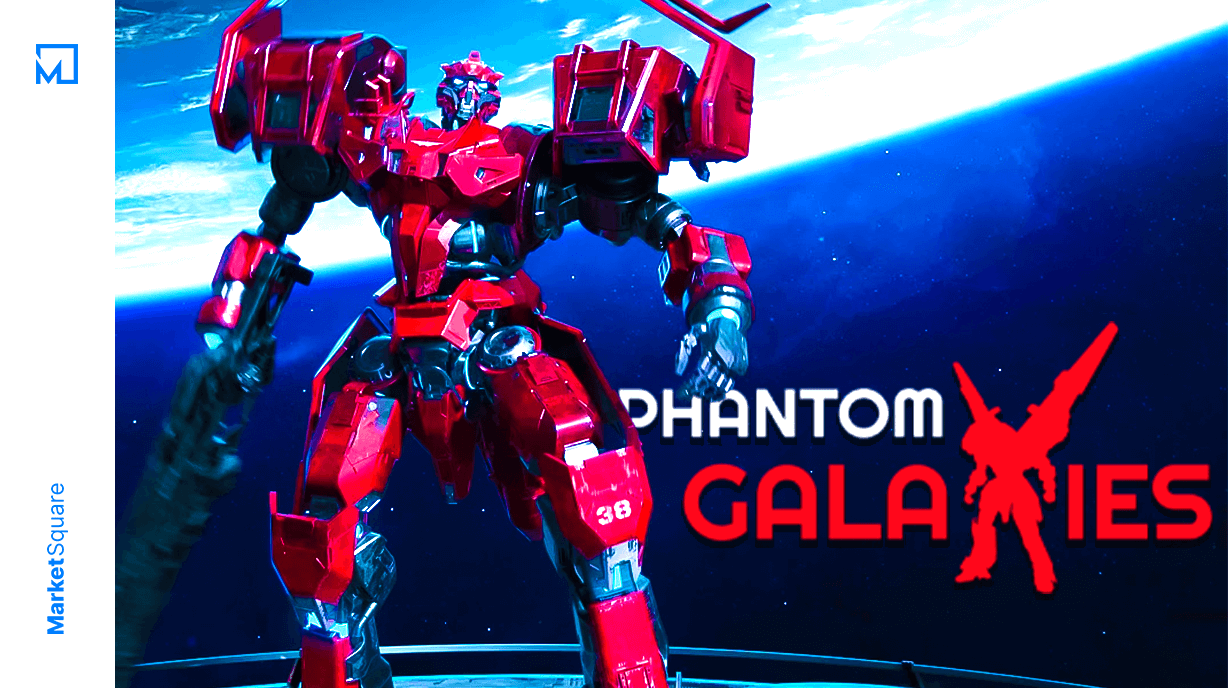 Greetings everyone! It’s time for another unforgettable Discovery of the Day! MarketSquare recently moved into its Open Beta, meaning you can sign up for a profile and enjoy all the site has to offer. From Monday to Friday we bring you our Discovery of the Day. Whether it’s NFTs, Blockchain Games or the Metaverse, you can find it all right here on MarketSquare! Today we take a closer look at a project combining high-paced combat with giant mechs…it’s Phantom Galaxies!

#From Space Invaders to Open-World Exploration

Gaming has really come a long way in the last few decades. I remember waking up as a kid to play video games like Contra, Battle City and Space Invaders. The gameplay was simple and the graphics were basic, but regardless, these classic games provided me with countless hours of entertainment. As I grew up, games became better looking and more complex in nature. Some of my favorites include Half-Life, Warcraft III, F.E.A.R and Dead Space. In truth there are countless games worthy of praise that I’ve left out here, but these are just a few of the standouts from my youth.

The gaming industry continues to grow, and with the rise of Web 3.0 and Blockchain technology, there are numerous projects all vying to incorporate NFTs and player-based economies into their offerings. We’ve already taken a look at several space themed Blockchain games here on MarketSquare—Star Atlas, Starl and Frontier are just a few we’ve covered, and just a few weeks ago, I did an end-of-year overview of all of these.

Today’s Discovery takes a deeper look into a similarly themed project, albeit with its own mechanics and approach to Blockchain gaming. Let’s get into it!

Fifty years after the last Great War between the Union and the Commonwealth of Neoterra, these two rival factions find themselves forced into an uneasy alliance in order to combat a dangerous new threat—the Sha’Kari.

As the priest caste of the Sha’Har race, the Sha’Kari Zealots seek vengeance upon humanity for desecrating the Sha’Har’s ancestral planets. As such, they have a formidable presence in the galaxy and span several star systems. It is for this reason that the Union and the Commonwealth must stand together if they ever hope to succeed against the Sha’Kari.

The Sha’Kari have the technological advantage, having created the original powered armors that served as the inspiration for humans to build their highly successful Mechanized Starfighters.

As the best pilots in the fleet, Ranger Squad is universally recognized as the most fearless and effective Mechanized Starfighter unit in the Union and Commonwealth Alliance.

The journey will not be an easy one. Only through cooperation and careful strategy will humanity ever prevail over their alien foes.

#Bringing the Battle to Them

Phantom Galaxies is an open-world Blockchain-based space sim that combines intense mechanized warfare with an epic storyline. Players will be able to choose from 1 of 4 transforming Mecha Starfighters to suit their unique style of play:

Players will pilot their mech from a third-person perspective, and judging by the game’s mechanics, it plays just like traditional 3D Action RPGs (ARPGs) that gamers from all over are already familiar with. However, Phantom Galaxies differs in that players will be able to own and control their in-game assets, such as mechs, equipment, avatars and game currency, thanks to the incorporation of NFTs.

In essence, Phantom Galaxies aspires to be the leading multichain Sci-Fi mecha shared world online ARPG (now that’s a mouthful!) The intention is to provide the most in-depth and engaging PC and console gaming experience possible through the integration of Blockchain tech and player-driven governance. Phantom Galaxies’ multichain framework will ensure that millions of players and a huge range of project collaborations will coexist within the same Metaverse. Now take a breather and check out their epic trailer!

#Focusing on the Prize

A lot of projects are still in development with very few have working demos available to try out. Even then, the majority of Alphas and Betas in the Blockchain gaming and Metaverse space feel underdeveloped and tacky. The same cannot be said for Phantom Galaxies. In late December of 2021, they released their Closed Alpha to a select few individuals who were in possession of ‘The Halberd-001’ NFT. Now I don’t know about you, but judging by the gameplay and graphics in this Tweet, this looks closer to a final product than an Alpha version:

@the_phantom_g this has exceeded my expectations, If I got to run around a space station I would have been happy.

Now if this is where the game is already, I can only imagine that the finished product will be nothing short of spectacular! Seeing a trailer and getting to view gameplay is certainly reassuring and bodes well for Phantom Galaxies and its supporters. Combat seems to be slick and fast-paced, and the graphics are on par with a lot of AAA games. I’m actually pretty disappointed I didn’t get to try out the Alpha!

Phantom Galaxies has garnered a lot of support since it already has a product that they’ve proven exists. Moreover, it looks great and seems to play really well to boot. Although it has a lot in the pipeline, Phantom Galaxies has demonstrated good faith with their audience and definitively put their stamp on the Blockchain gaming and Metaverse space. Awesome stuff!

#So How Does it Work?

Having perused the Phantom Galaxies Litepaper v1.0 , the game will work pretty much as follows: So you’ll buy (or upgrade) a Starfighter Mech, explore the universe of Phantom Galaxies playing various missions and finding new locations, earn tokens through one or more activities, and then stake or spend those tokens on items, property and so forth. Thereafter the process begins again. Not really too difficult if you think about it, but in a project this ambitious, you can be sure that it’s a little more involved than that.

A core part of Phantom Galaxies will be buying and upgrading a Starfighter Mech. There are several different components of a mech that can be upgraded or augmented including:

I think you get the idea. Basically each of these components provides a certain advantage for your Mech. A stronger Frame means more durability in combat while a bigger Cargohold will allow you to gather and store more items, for example. In this way players will need to carefully strategize and determine exactly how to upgrade their Mech(s) so that they get the maximum possible benefit. Of course, this is easier said than done, but those players who really master this mechanic will almost certainly reap the rewards.

Players will be able to engage in a number of different activities within the Phantom Galaxies Universe: 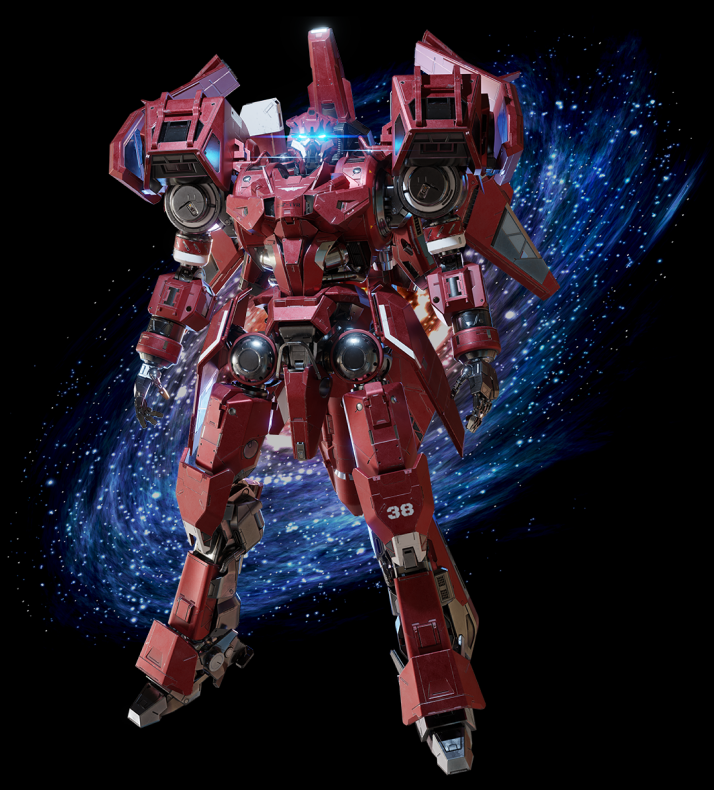 #What’s in the Team’s Sites? 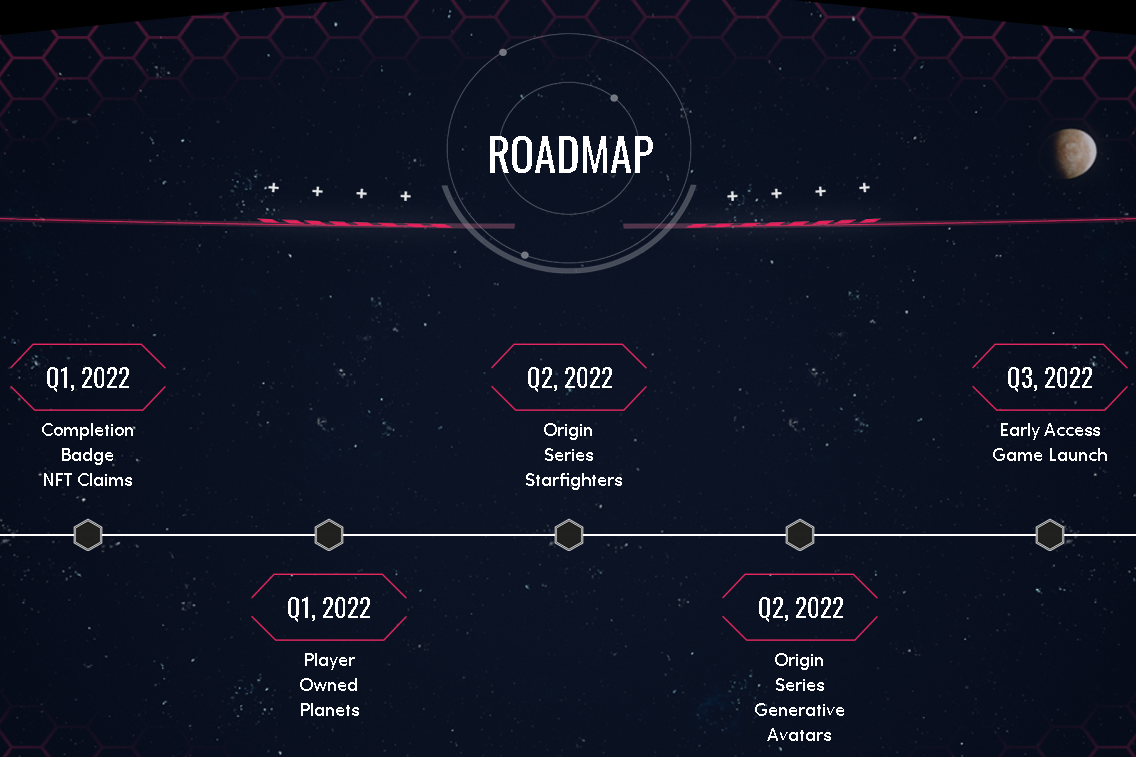 There’s a whole bunch to unpack with Phantom Galaxies, so here’s a brief summary of what else you can expect from this epic project:

In-game items will exist as NFTs and will include things like Weapons, Armor, Shaders, and Consumables. Players can purchase items from shops or find them as loot throughout the Phantom Galaxies universe.

Phantom Galaxies’ numerous star systems will offer players a ton of planets to explore as well as challenges to overcome and resources to exploit.

Outer star systems are way more dangerous and populated by the most dangerous NPC factions and player Organizations. However, the loot and rewards that can be found in Outer Systems will be some of the rarest and most coveted loot imaginable.

Core star systems will provide players with a safe environment for all types of activities and contain primarily PvE content.

When a Starfighter is destroyed, its Durability will drop, but as long as Durability remains above 0, the Starfighter can respawn and be used as normal. Durability can be repaired by spending resources.

If a Starfighter is destroyed and its Durability falls below 0, it will be locked and unusable until a cooldown period has expired. Insurance policies can be purchased by players so that the cooldown period is reduced.

Players can purchase and own property within Phantom Galaxies. Various properties in different sizes will be available and include space stations for individual players and planetary bases for large Organizations.

Each property will have specific coordinates and a location within the Phantom Galaxies map. Property owners can build numerous types of structures including factories and refining plants. Property Owners will be required to pay rent to Phantom Galaxies.

There’s plenty I haven’t covered, but other features include: To find out more about the mechanics and inner workings of Phantom Galaxies, check out their Litepaper v1.0

Phantom Galaxies is just getting started, but their Origin Collection can be viewed and purchased over on their OpenSea page. Now let’s see those stats!

Phantom Galaxies is a massive undertaking with a serious team and rapidly expanding community. You definitely need to follow the project on Twitter and join their Discord so that you can keep up with all the latest regarding Phantom Galaxies’ development and latest releases.

That’s all for now folks! If you haven’t signed up for a MarketSquare profile yet, I implore you to get to it so that you can find out about the latest projects in the Blockchain space and explore all the site has to offer. Thanks for joining me today! Keep those weapons ready and watch out for any hostiles until we meet again. Peace!

Brynn is the Content Manager at ARK.io, lead DeFi writer for MarketSquare and die-hard metalhead. When not researching yield farming, he spends his time crushing demons in DOOM or shredding his favorite axe.
Tags:
NFTs
Discovery of the Day
Metaverse
Share:
More from MarketSquare
View all