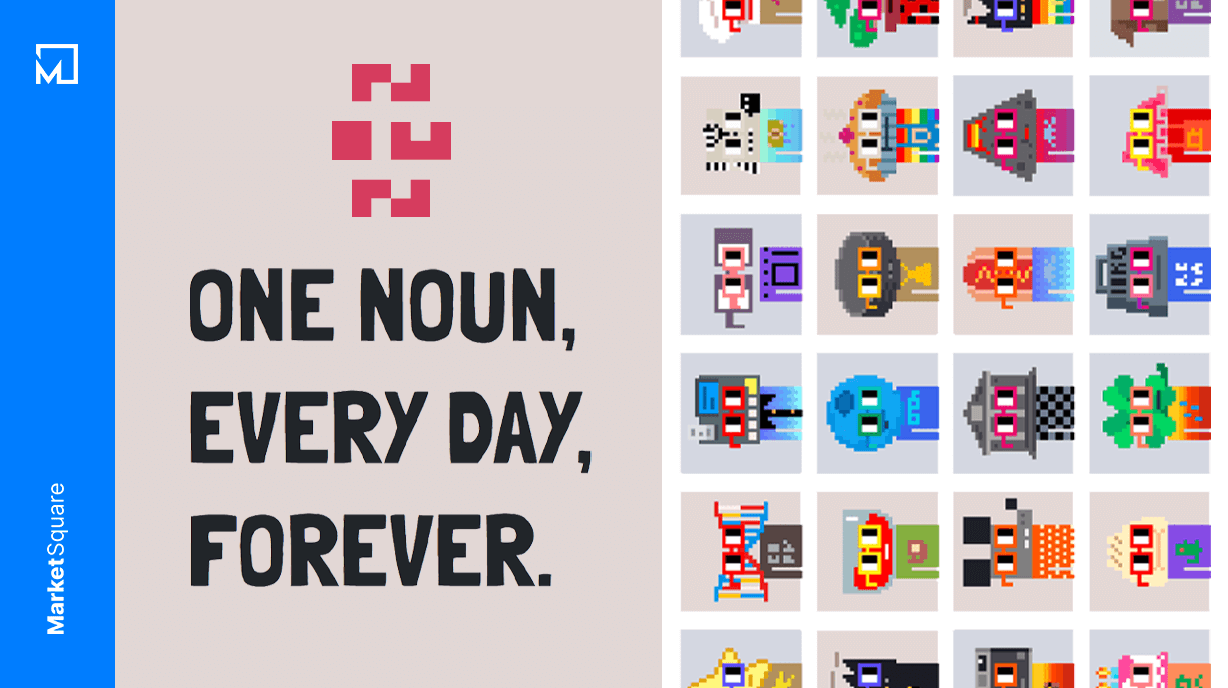 Welcome Blockchain fans! MarketSquare just moved into Open Beta, meaning you can now sign up, create a profile, and enjoy the full splendor of the New Homepage for the Decentralized Web! From Monday to Friday we bring you our Discovery of the Day, a series of special articles featuring some of our top picks from across the cryptosphere. Be it DeFi, NFTs, Blockchain games or otherwise, we cover all the important stuff you need to know! Today we bring you a project that promises one new NFT every single day…forever!? How can that be? Let’s find out! This is…Nouns!

I don’t know if you guys are aware (I’m not sure how you’d know this), but I’m actually qualified to teach and lecture English. Yup, whether it’s the poetic works of Romantics like Percy Bysshe Shelley (who wrote my favorite poem, Ozymandias and was married to Mary Shelley , author of Frankenstein ) or the dour narratives of authors like Aldous Huxley , I can tell you all about that…but not today.

Naturally, that’s more the literary side of English. Then there’s the language aspect to consider. Now something you may or may not know is the 9 Parts of Speech. They are:

So what’s the last Part of Speech you ask? Why, it’s the big kahuna of the English language (and maybe every language for that matter). The subject, the object, the idea, the place…

There are many, many nouns in the English language, but something tells me that in the not-too-distant future, Nouns , ‘an experimental attempt to improve the formation of on-chain avatar communities,’ may one day dwarf this number if what they say is indeed factual. In many respects, Nouns builds on the model established by legendary NFT project Cryptopunks in that it attempts to bootstrap identity, community, governance and a treasury that can be accessed and used by the community itself.

So how does it all work? Well, here’s a rundown of the mechanics that underpin Nouns:

With regards to the creation of Nouns, they are generated randomly based on Ethereum block hashes. No ‘if’ statements or any other rules serve to govern Noun scarcity, meaning that all Nouns are equally rare. At time of writing, Nouns are generated from 2 different backgrounds, 30 different body types, 137 accessories, 234 distinct heads, and 21 different kinds of glasses.

If you would like to experiment with off-chain Noun generation, you may do so via the Nouns Playground 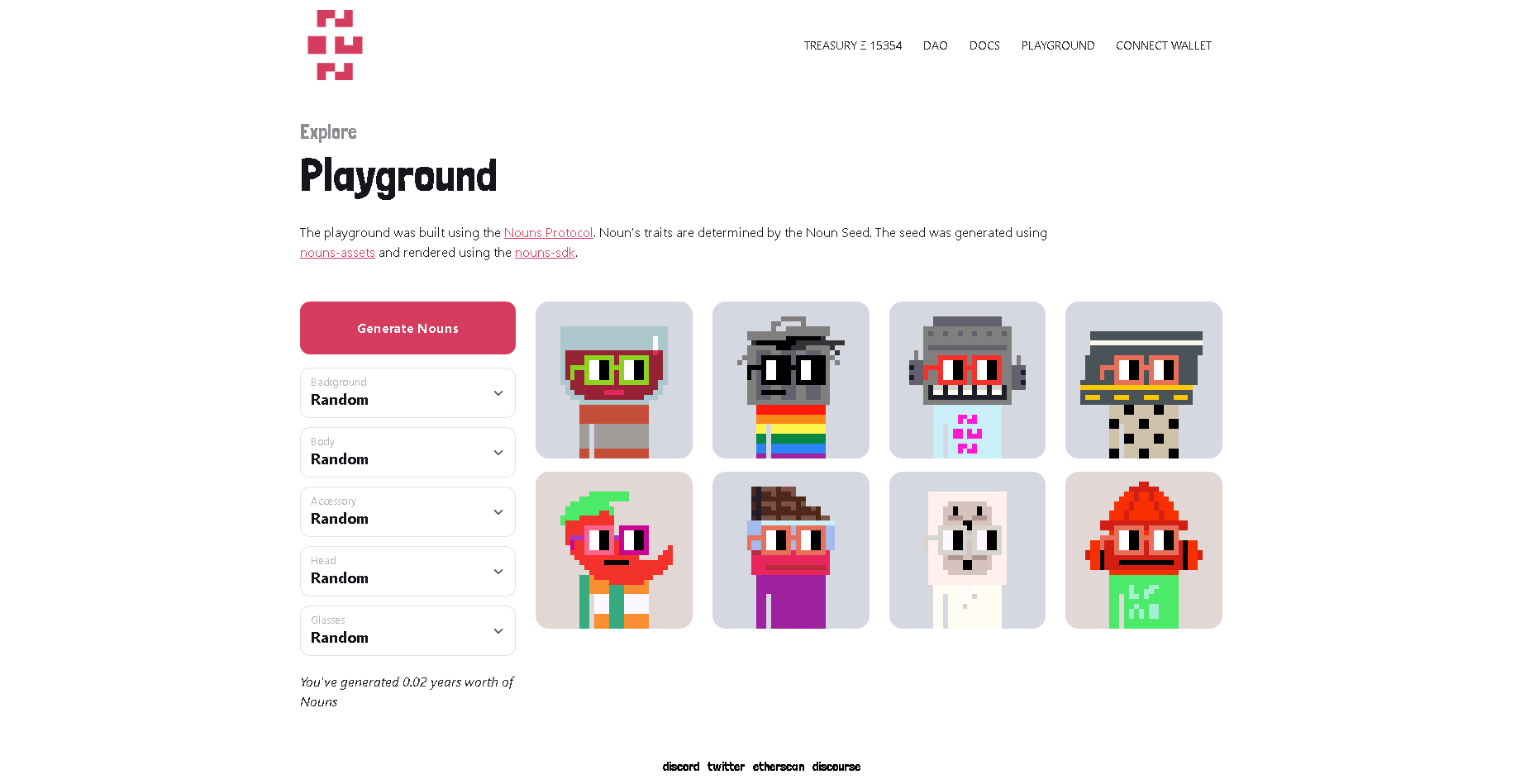 The Nouns DAO makes of a fork of Compound Governance and functions as the main means by which governance occurs within the Nouns ecosystem. As aforementioned, 100% of all ETH proceeds from daily Noun auctions go directly towards the Nouns DAO treasury. Each and every Noun is a permanent member of Nouns DAO and is therefore entitled to one vote in all matters concerning governance. Noun votes cannot be transferred, meaning that if a Noun is sold, the vote goes long with it. However, they can be delegated, meaning that your vote can be assigned to someone else as long as you retain ownership of your Noun.

Of course you must be wondering what a Noun looks like up close (unless you’ve seen one before of course). Fear not, here’s a few Nouns I generated using the Noun Playground: 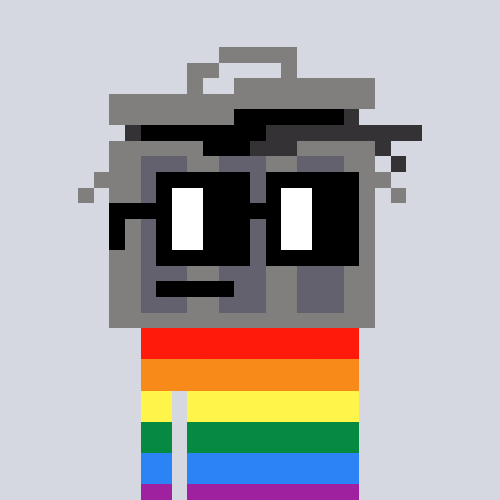 This colorful trashcan is inclusive and open-minded… 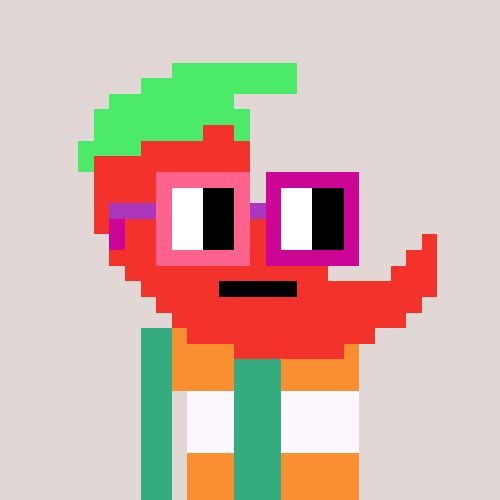 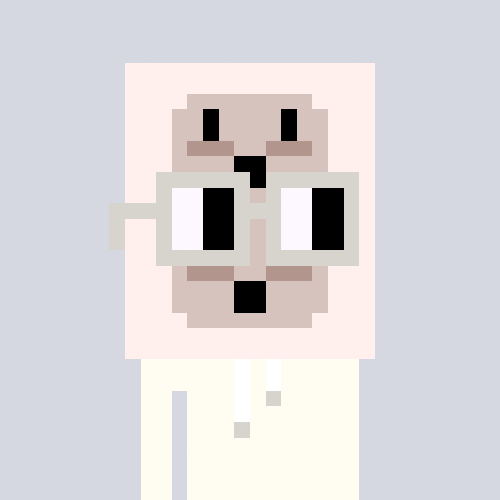 All Nouns are stored directly on the Ethereum Blockchain and do not make use of pointers to other networks such as IPFS. The reason for this is because Noun parts are compressed and stored on-chain through the use of a custom run-length encoding (RLE) which is a kind of lossless compression.

The compressed parts are efficiently converted into a single base64 encoded SVG image on-chain. To achieve this, each individual part is decoded into an intermediate format before being converted into a series of SVG rects using batched, on-chain string concatenation. Upon generating the entire SVG, it is subsequently base64 encoded.

If you didn’t really understand that, don’t worry…all you need to know is that Nouns are all unique and stored directly on Ethereum.

‘Nounders’ consists of the ten builders that brought Nouns to life. Herewith their Twitter tags: 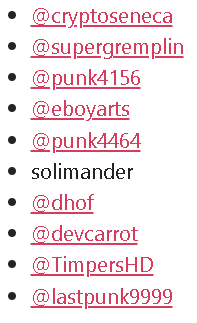 Since all the funds received from Noun auctions go towards the Nouns DAO, the Nounders decided to compensate themselves with Nouns. Every tenth Noun for the first five years of the project (Nouns designated #0, #10, #20, #30 and so on) will be automatically sent to the Nounder’s multisig so that they may be vested and shared among the founding members of the project.

An important note: Nounder distributions don’t interfere with the cadence of 24 hour auctions. Again, Nouns are sent directly to the Nounder’s multisig, and auctions continue according to schedule with the next available Noun ID.

SharkDAO actually started out as a group of strangers from the internet that wanted to pool their resources together and acquire Nouns. Since the DAO began on August 9th 2021, SharkDao has acquired a total of 5 Nouns, brought together over 400 sharks and raised close to 1,000 ETH. As their official website states, they exist to ‘evolve the Web3 ecosystem.’ 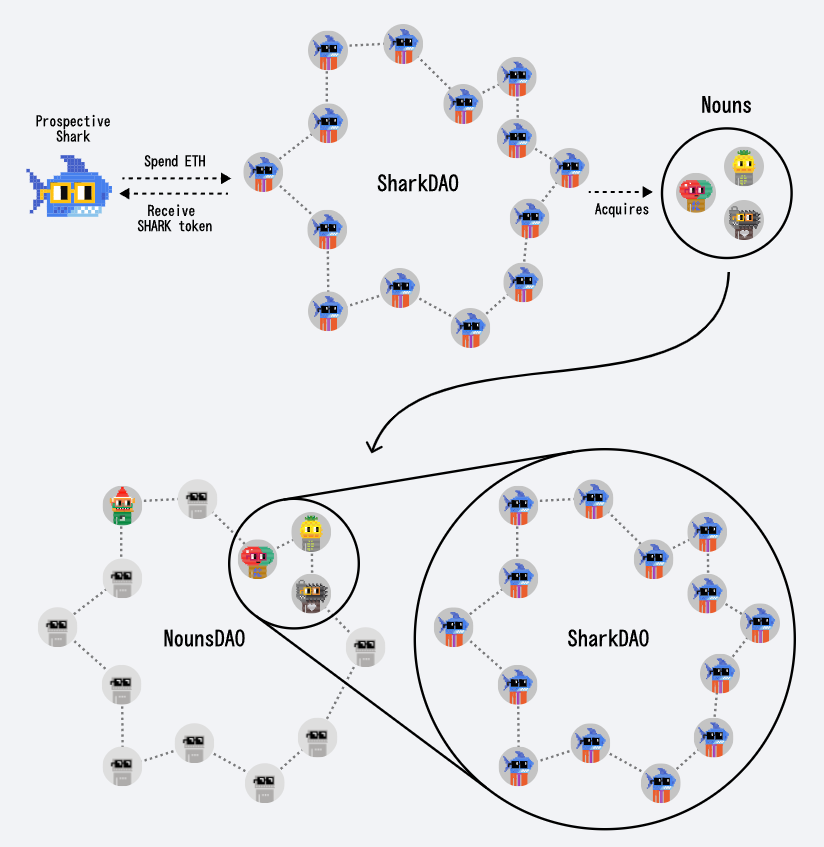 The Basics of how SharkDAO works

As you can tell, Nouns is a serious project that is here for the long haul. Feel free to follow them on Twitter and join their Discord so that you can stay informed regarding the project’s progress and get to know the wider Nouns community a little better!

That wraps up this Discovery of the Day. If you haven’t already, be sure to sign up for a MarketSquare account and check out all the other content we have available for you. Take care and see you again soon!