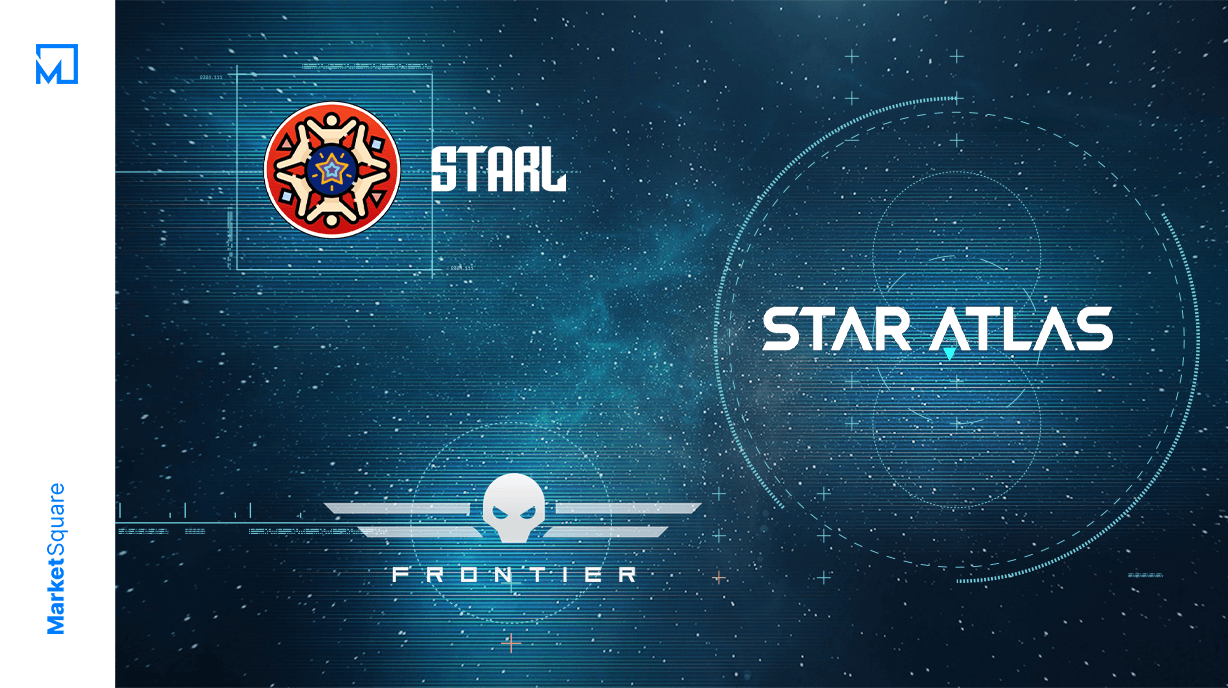 Welcome to a special Holiday edition of our Discovery of the Day! MarketSquare recently moved into its Open Beta, meaning you can now sign up for a profile and enjoy the site to its full extent. From Monday to Friday we bring you our Discovery of the Day series that focuses on some of our top picks from across the cryptosphere. In today’s edition we briefly look at some of the most popular space-themed projects from 2021. Let’s dive right in!

#Our Fascination With the Universe

Since we became conscious of ourselves, we have had an ever-deepening interest in the universe. It seems that the more we look, the bigger and more incomprehensible it becomes! In other words, the more we understand, the more we realize we don’t really understand. That’s a pretty profound thought, and while we may not be significant in the eyes of cosmos, we still wish to know more and explore its seemingly endless depths… 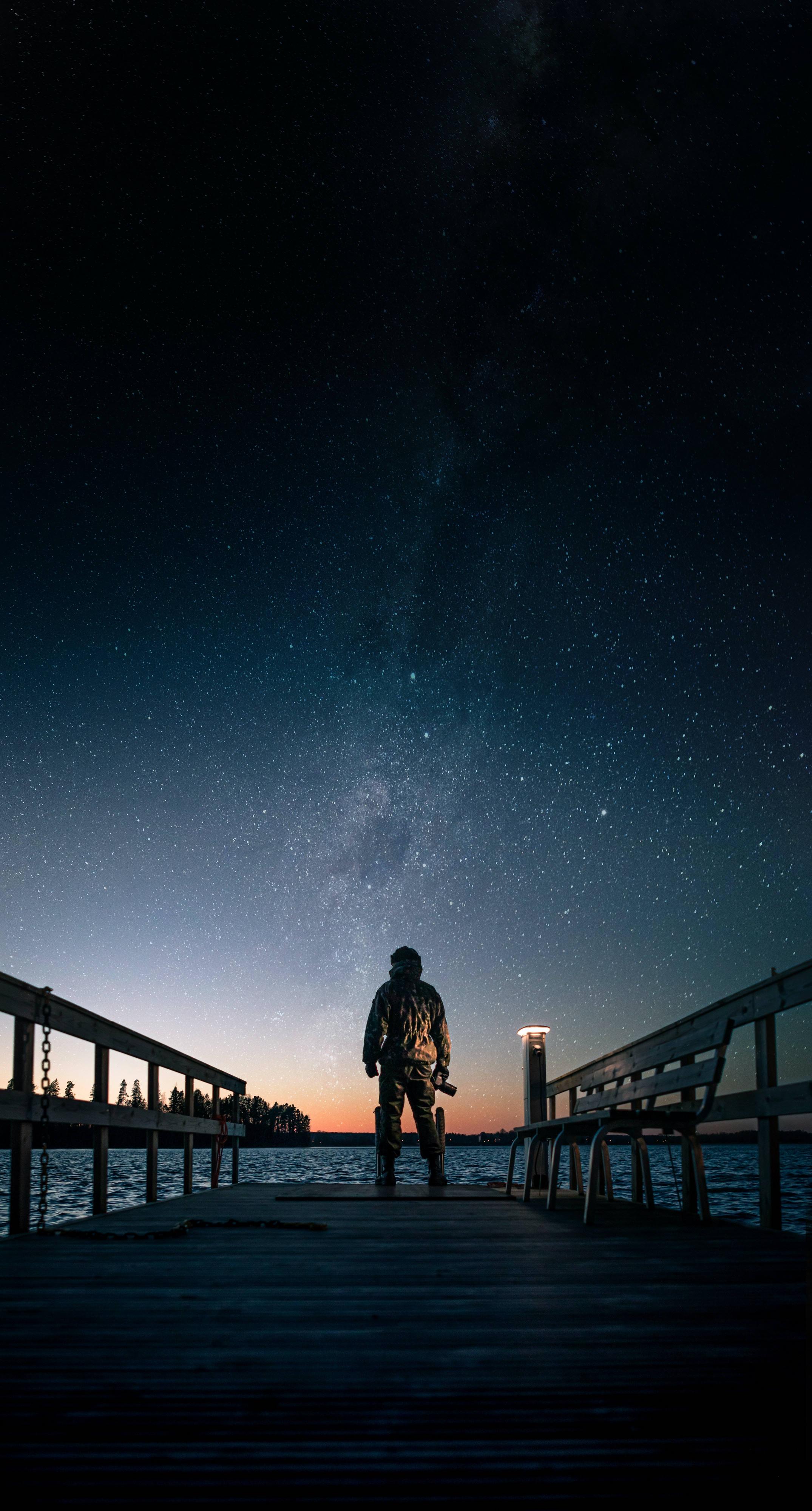 How many stars are there? Not sure, but it’s a whole lot

2021 saw the meteoric rise of Non-Fungible Tokens, more commonly known as NFTs. With the success of digital artists such as Beeple and the ascent of projects like BAYC and Lazy Lions, thousands of creators and developers have banded together to bring their own offerings to the NFT space in the hopes of replicating the successes they’ve witnessed. NFTs also exist in forms beyond generative art, and several are integral components within several Blockchain-based Games such as Axie Infinity and Blankos Block Party.

2021 has also seen several space-themed Blockchain projects come to the fore. In today’s special holiday Discovery of the Day, we take a look at three of some of the most ambitious NFT projects that are set in space and have also appeared on MarketSquare in the past. Let’s go!

Arguably the most hyped and ambitious space-themed project in the cryptosphere is none other than Star Atlas, a ‘next-gen gaming metaverse’ built on the Solana Ecosystem. With the ability to purchase and customize your own spaceship, explore an ever-expanding universe and participate in a host of activities from mining to all-out warfare, Star Atlas aims to be the most immersive, engaging and rewarding Blockchain Game ever. Just take a look at the cinematic trailer they released back in October and you’ll see why this is no endeavor to turn your nose up at:

With such an ambitious Roadmap and so much to consider, will Star Atlas be able to deliver on everything they’re promising? Only time will tell. There’s no doubt that there’s a tremendous amount of energy around the project, and there are regular updates posted via their Twitter account. If the team behind this triple A project gets it right, the results will be nothing short of incredible. Keep in mind that Star Citizen, a game with similar ambitions, has been in development for nearly 10 years now and received over $400 million in funding…and still no full version. This isn’t to say that Star Atlas won’t succeed, but don’t expect a full release anytime soon!

On the plus side, if you’re in now, you’re in early, and the possibilities are indeed very promising. Whatever the case, we here at MarketSquare will be watching Star Atlas with great interest in 2022 and beyond! Looks good!

Read more about Star Atlas in this MarketSquare article by Matt Spizarny: Own the Galaxy in Star Atlas

Another huge project set in space that has garnered plenty of attention is Starl, ‘a virtual Blockchain-based Metaverse set in space where you can explore, play, trade and socialize with other players.’ On this basis Starl sounds very similar to Star Atlas, but their approaches differ somewhat. For one, Starl is already in the process of building their own proprietary NFT marketplace which is currently in its Beta phase. Starl have already held a few Living Module sales, and at present, every single Living Module is sold out! In fact, despite only having been around for a few short months, Starl seems to have enjoyed several successes. Check out this recent Twitter post and you’ll see what I mean:

Oh, another cool part of this project is that Starl is working towards building an actual space station! Is that not one of the coolest things you’ve ever heard? One thing I can tell you is that the Starl community is extremely active and very enthusiastic. In fact, I think it may have been our most popular Discovery of the Day for 2021! While we’ve had some great responses to our articles, the Starl community certainly went above and beyond my own expectations. On this basis alone I would say that Starl has a very bright future ahead, but we shall see. 2022 will definitely be an interesting one for the world of Blockchain, and I hope to see Starl and its community to continue to grow in the months and years to come! 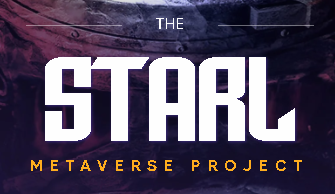 Read more about Starl in this MarketSquare article by Brynn Huxtable: Space, The Metaverse and NFTs - Starl

I have to say, this is one of my personal favorite projects of 2021 with a great community, awesome lore and a whole depth of complexity to it. Frontier is a Blockchain-based game that is as enticing as it is mysterious. Featuring The Watcher, a faceless character reminiscent of Isaac Clarke in the Dead Space franchise, Frontier is a community-driven online PvP game that aims to hold global competitions. As you may have guessed, much of the game’s mechanics depend on different kinds of NFTs that allow players to participate in matches and gain the advantage over their opponents. Some of these NFTs include:

Despite being a relatively small community at this point, Frontier’s following is a devout one, and the dedication of its team and community is something to marvel at. The project’s social media pages are always buzzing with announcements and activity—just check out this latest post from Frontier’s Twitter page and you’ll see what I mean:

That’s not all though…there’s a whole lot of lore behind Frontier. If you want to find out more and hear the story of The Watcher, then you’ll need to follow him on Twitter:

There’s a whole lot going on with Frontier and I just can’t cover it in totality in this article. However, if you’d like to learn more, I implore you to follow Frontier on their social media pages and join their Discord so you can hear about all the latest updates as and when they happen.

2021 saw the launch of many promising projects, and those I’ve discussed today are no exception. Indeed, 2022 will undoubtedly see the announcement of new projects as well as the continued development of those that now exist. If the progress we’ve seen this year is anything to go by, then 2022 will be nothing but stellar for Blockchain games, the Metaverse and NFTs! Thanks to all of you who have supported MarketSquare this year, and thanks to all those projects and teams that make crypto what it is!

That’s it for today folks. If you haven’t signed up for a MarketSquare profile yet, I encourage you to do so as soon as possible so you can enjoy the site to its full extent. Until we meet again, take care of yourselves and rest in the knowledge that the stars are just the beginning! Live long and prosper!

Brynn is the Content Manager at ARK.io, lead DeFi writer for MarketSquare and die-hard metalhead. When not researching yield farming, he spends his time crushing demons in DOOM or shredding his favorite axe.
Tags:
NFTs
Discovery of the Day
Metaverse
Share:
More from MarketSquare
View all