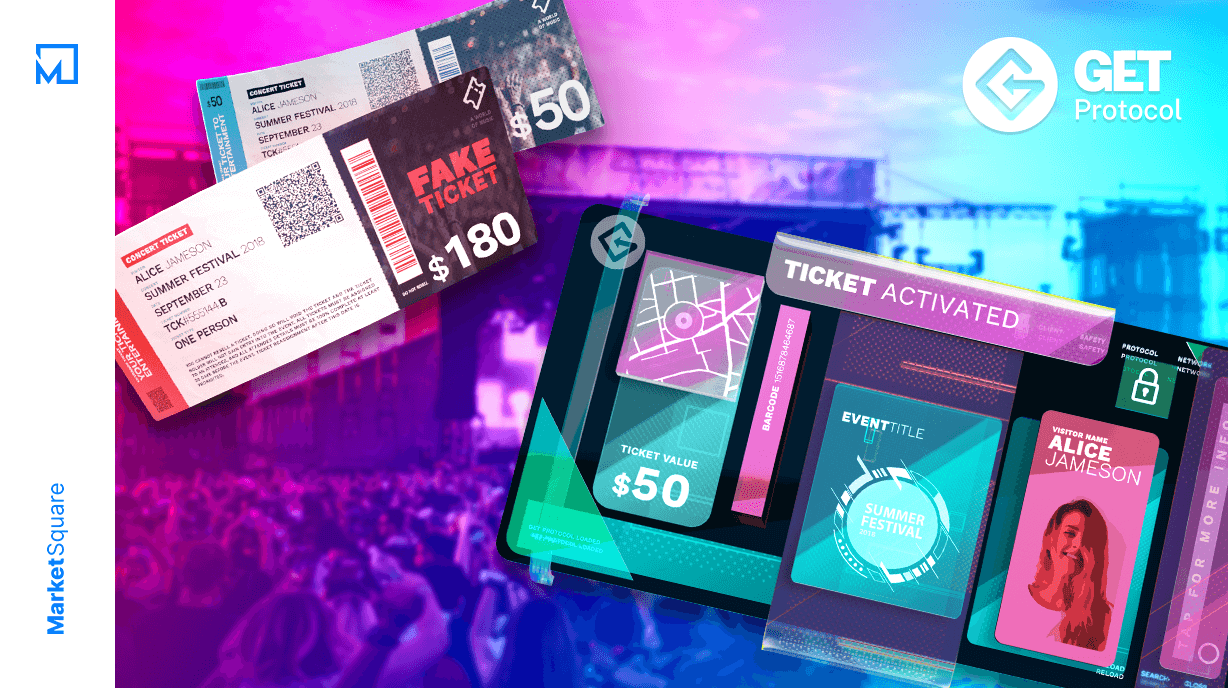 We recently unveiled that GET Protocol is our September 2021 Project of the Month, and for good reason too. However, while we’ve touched on their achievements and products, we haven’t really gotten into the nitty-gritty of what they’re actually trying to achieve. There’s more to this project than good tech and a dedicated team. Indeed, by focusing on the most important part of the equation, namely real human beings, GET is striving for something far more profound than meets the eye…

When you want to attend a concert or similar big event, you log on to the internet, navigate to a major ticket company and make your purchase. The amount you spend and the type of ticket you acquire will have a significant influence on your overall experience, but beyond this, your ticket serves no further purpose…it’s simply a means to an end.

But you aren’t the only person who holds a ticket. In all likelihood, there are many other people all holding their own tickets with their own respective benefits and/or limitations. What do you know about these people though? Anything at all? How could you have anything in common with them? Well, for one, you’re attending the same event as them, so there’s little doubt that some kind of connection exists, no matter how fleeting or transient it might be.

You might not want to be bosom pals with every single event-goer, but maybe you wouldn’t mind spending a good night out with one or more of them again. After all, a concert isn’t much if it doesn’t come complete with an enraptured crowd all uproariously shouting their praises for performers and musicians. There’s something truly transcendent about such events, and it’s these experiences that are etched into the memories of people all over the world.

Live events are built on human relationships and camaraderie between attendees, organizers and performers. But these meaningful connections are severed once the lights go out and everyone goes home. But this need not be the case. Imagine there was a way to keep everyone in the ticketing chain connected before, during and after an event. Sounds unfeasible? Think again. GET Protocol already has this covered. Thanks to their innovative approach to ticketing, the functionality, versatility, and overall value attached to their tickets ensures that everyone in the chain is a winner. In essence, there isn’t just one ‘Golden Ticket.’ The reality is…they all are! 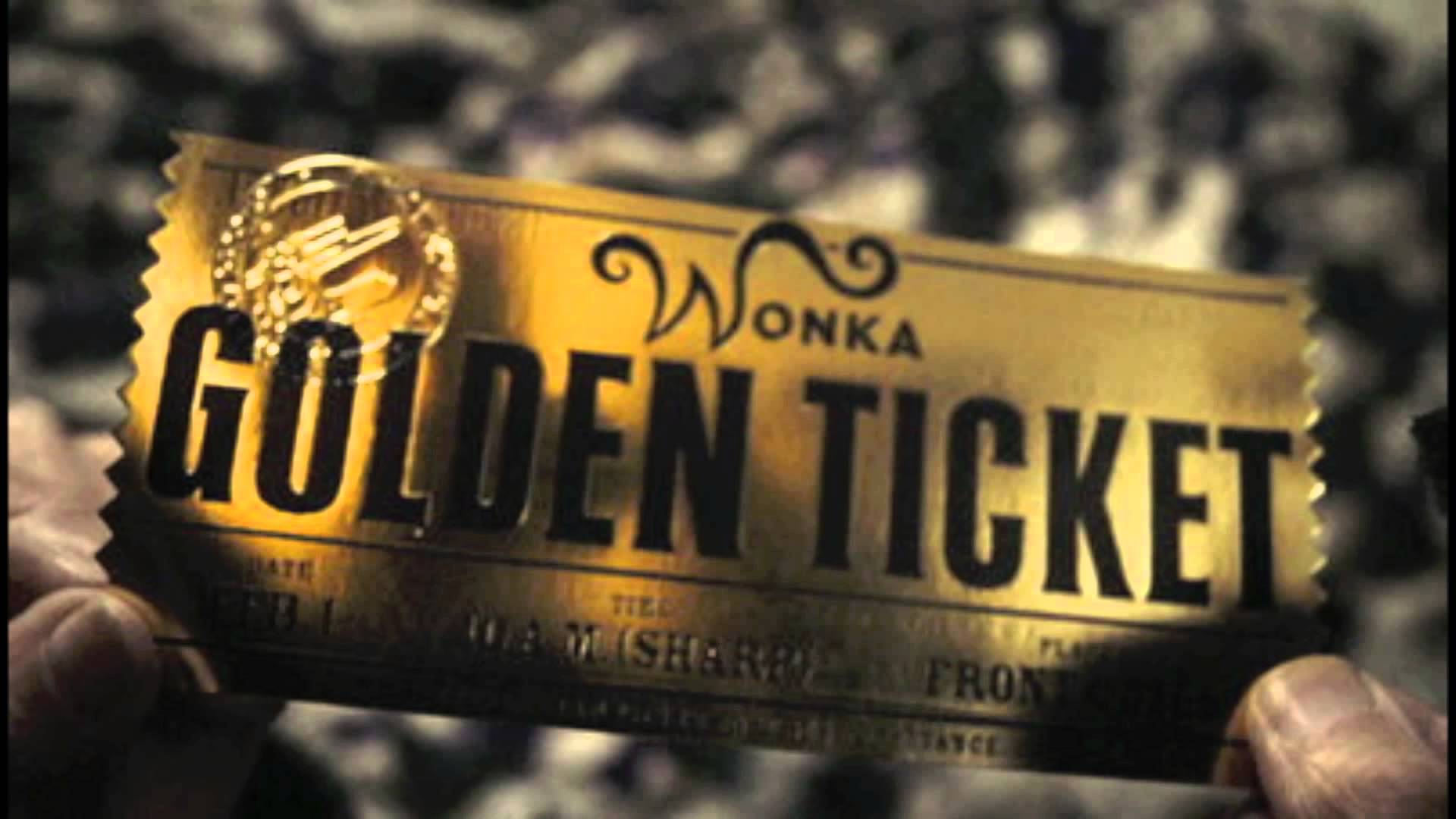 GET Protocol’s approach means every ticket is a Golden Ticket

#Entertainment in a World of Uncertainty

It’s no secret that the outbreak of the Coronavirus has had a major impact on businesses and individuals all over, and the entertainment industry has been one of the most adversely affected thus far. While it may be true that nothing is certain, it goes without saying that the levels of uncertainty post Corona are at an all-time high.

Event organizers run the risk of suffering huge losses and having to spend a massive amount of time making new arrangements if an event is postponed or canceled. Moreover, fans are disinclined to purchase tickets because they may believe the event simply won’t happen or that they won’t get their money back. In the meantime, musicians and performers miss out on opportunities to share their art, grow their fan bases and earn a living. What can be done to minimize risks and safeguard the interests of all parties concerned?

The answer is simple: you employ the best Blockchain-based ticketing service on the market with innovative products and a fully inclusive, connection-first approach. Yup, I’m talking about GET Protocol again. What exactly affords these guys such an edge over their centralized and entrenched counterparts? A good combination of gusto, real-world experience and a philosophy that favors interconnection, innovation and progression of course. Much of this is possible thanks to GET’s White-Label , a product designed to nurture human connections and ensure they grow and last. 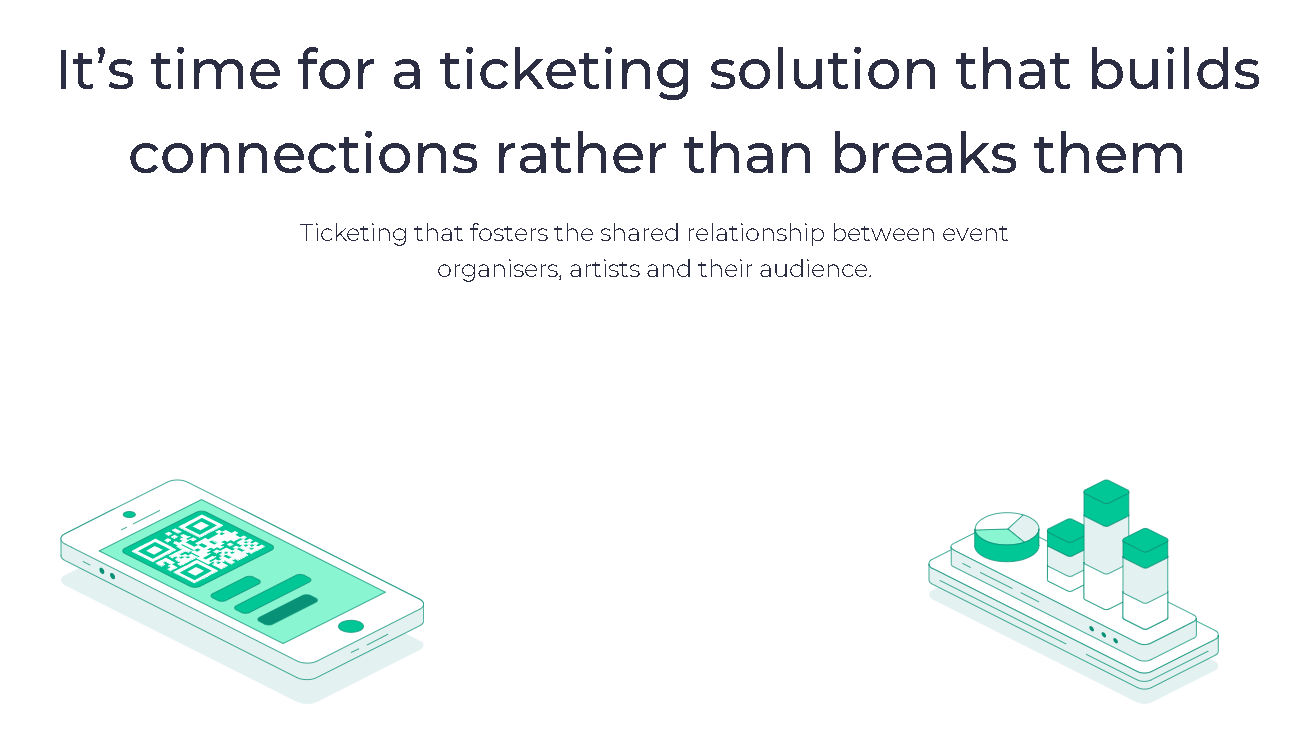 The benefits of GET Protocol’s White-Label product are immediately apparent: any inspired entrepreneur, fledgling ticketing business or event organizer can replicate the battle-tested and complete white-label ticketing solution that has been employed at real events across the world. Going from zero ticketing to scalable ticketing with a fully customizable suite of tools that provide event organizers with more data, greater revenue and, most importantly, a clear connection between artists and attendees, is all possible thanks to White-Label. As GET puts it:

‘Our white-label has also revealed some gleaming benefits during the current pandemic, as an ever changing event climate has resulted in many events needing canceling or rescheduling for dates and location. With the white-label, GUTS Tickets could transfer 40k+ tickets for a singular event to a new venue at the flick of a button whilst keeping revenue’

Now I don’t know about you, but that sounds like pure magic to me. Just the total number of hours saved is something worth celebrating, let alone the fact that attendees can still get what they paid for and organizers can retain their revenue. If this isn’t a quantum leap forward in the world of event planning and organizing, I don’t know what is.

Maybe one of the biggest benefits allowing people from all walks of life to come together and enjoy themselves is GET’s approach to eliminating scalping. This is because any tickets issued through GET are ‘smart tickets’ tied to a Blockchain. This means that only individuals with the requisite authority can make any changes to tickets in terms of benefits, restrictions and pricing (to name but a few). In other words, anyone wanting to buy large quantities of tickets, mark them up and sell them for a profit in the secondary market simply can’t because they lack the agency and ability to do so. The result is that tickets remain fairly priced, accessible to all and incapable of being altered, sabotaged or reproduced. 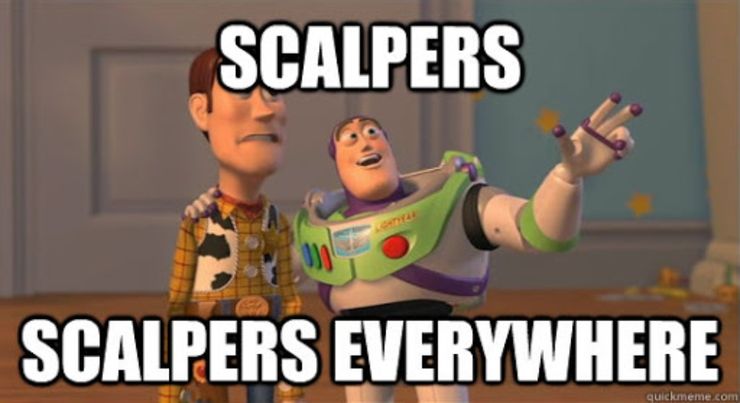 Only if you don’t use GET Protocol Buzz…

The reality is that if any kind of resale or discount is permitted, it’s only because the organizers of the event allow it. The real beauty of GET Protocol is that event organizers set the rules and can customize their attendees’ experiences down to the finest detail. Additionally, all of this can be done almost instantly without having to take any laborious, time-intensive actions. Virtually every last aspect of the ticketing and live event experience has been considered, and so the whole process is effectively automated. As soon as companies in other parts of the world get wind of GET’s unparalleled tech, I expect a mass exodus the likes of which can only be described as Biblical in scale.

To top all this excellence off, GET also offers the Digital Twin , a product that gives ticket issuers the world over the ability to ‘supercharge’ their tickets by creating Non-Fungible Token (NFT) replicas of them, thereby transforming them into provably rare items with intrinsic value. Best of all, existing ticket providers need not make any major migrations to a new platform or modify their operations to integrate this technology. GET’s Digital Twin allows them to create ‘NFT copies’ of their existing and future tickets and store them digitally on a Blockchain. This means that these pieces of memorabilia or rewards (depending on the preferences of ticket providers) cannot be destroyed, tampered with or stolen and will always be accessible to individuals who own these NFTs.

Just a small sample of the benefits by using GET Protocol

I said it once, and I’ll say it again: every ticket issued or enhanced by GET Protocol is golden. In fact, it would be incorrect to call them a Blockchain-based smart ticketing solution. That just doesn’t do them justice. They’re much closer to something like magicians or wizards if you ask me. In all seriousness though, what GET Protocol does is far deeper than the tech, innovation and slick aesthetics: they empower people to achieve more, connect more and communicate more directly and honestly with one another. They also facilitate the creation of memorable experiences free from strife, ambivalence and confusion. What more could you possibly want?

What’s more, you’ll want to hang on to your tickets and cherish them because they’re actually worth something and have meaning. Not so long ago (and even still) tickets just allowed you to enter an event and access certain areas. Thankfully GET Protocol has seen the light and made it their mission to fully unleash the potential within each and every ticket they produce or augment. Few Blockchain projects are this committed to their audience and ethos, and it is this commitment to excellence and progress that has earned GET Protocol the title of our September 2021 Project of the Month.

#Memories That Live On

I can tell you that, as part of the MarketSquare team, we value the humans behind projects, NFTs and games and want to tell their stories in an authentic and meaningful way. It’s little wonder then that we ‘GET’ along so well with GET Protocol and identify with their vision for a better world.

By focusing on the real experiences of people in their daily lives, and by allowing them to have some agency in these experiences (and feel valued for their individual contributions), there is little doubt that a community of empowered, united people is coming to life. By giving people the opportunity to get more back from and feel included in events, GET has managed to tap into the hearts and minds of their audience and demonstrate that they really do put human beings and their needs first.

Brynn is the Content Manager at ARK.io, lead DeFi writer for MarketSquare and die-hard metalhead. When not researching yield farming, he spends his time crushing demons in DOOM or shredding his favorite axe.
Tags:
NFTs
GET Protocol
Ticketing
Share:
More from MarketSquare
View all