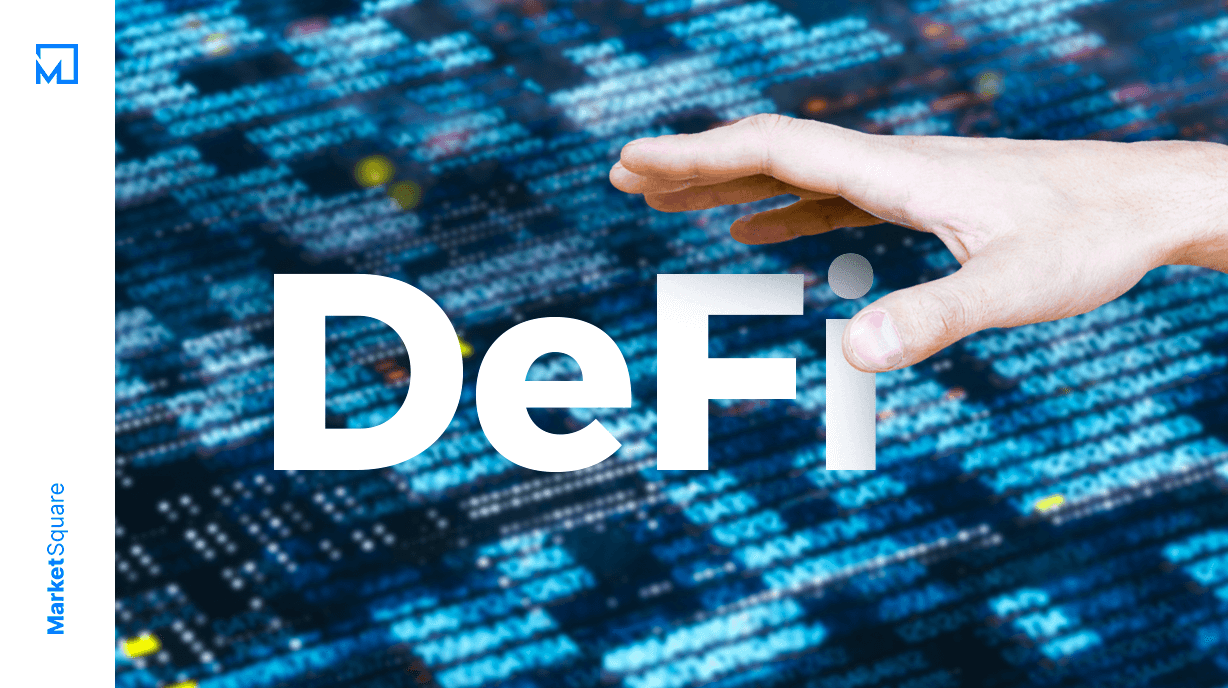 We hear the word all the time, but it’s uttered so often in the crypto community that it seems to have become just another buzzword. Decentralized Finance (DeFi) purports to have the answer to all our woes and gives us the ability to transact with virtually anyone else without the need for intermediaries. However, is some form of centralization not inevitable, even if we do our utmost to avoid it?

#The Dream of Financial Freedom

Imagine being able to do whatever you want, whenever you want, and never having to worry about the costs. Sounds great, doesn’t it? The reason for the existence of Blockchain and crypto is to give people more control over their finances and take ownership of their financial well-being, right? There’s little doubt that crypto has fundamentally changed the lives of many different people from all over the world. Whether it’s avoiding the negative effects of inflation, using DeFi protocols for yield farming, or creating and selling prized NFTs, regular people are finding new ways to achieve some measure of financial freedom every day.

I say ‘some measure’ because the ideal of financial freedom is just that: an ideal. While there are certainly ways to become more financially independent or even have greater control over your money, chances are good that nobody is going to pay for you to do whatever you like all day. Of course ‘financial freedom’ is relative. For the homeless, financial freedom may simply be having enough to eat and getting a good bed for the night while for the average office worker, it may mean the ability to cover expenses while enjoying a few additional benefits. What may seem like a hell to one person may be a paradise to another, and ultimately this lies in the mindset and experiences of the individual in question.

Why am I talking about this though? What does it have to do with decentralization? Everything in my opinion. A lot of the problems we’re facing as a species comes from the centralization of power and leaving important, life-changing decisions in the hands of a select few people who may not have our best interests at heart (or the requisite knowledge for that matter). On the flipside, there’s the possibility of total autonomy and independence, with no formal government and total cooperation between participants…Anarchism, if you will. That kinda sounds like crypto to me. In fact, an article by Libertarianism.org discusses ‘Crypto-Anarchism,’ the philosophical belief that technology can assist its proponents in creating communities based on consensus rather than coercion. Now that really does sound like crypto!

They still thinks about regulating cryptocurrencies, while the cryptoanarchism manifesto needs no government and no regulators. It's a self regulated system that allows individuals to make contracts with each other without government intervention. https://t.co/qloWYrrV8l

Why do we even have government in the first place? Yeah I get that we need someone to enforce the rules and create standards for society to live by, but do all the decisions have to be put in the hands of a select few? Even this isn’t fundamentally problematic, but if there’s anything we know about politicians, it’s that they’re not exactly the most, uh…trustworthy people around. But this is what it boils down to at the end of the day: trust.

In order for a contract to be binding, it has to meet a few criteria. First, it needs to be enforceable. Secondly, it has to be immutable, and finally, created on the principles of fairness and justice. The reason I put ‘enforceable’ first is because a contract is inherently useless if it cannot actually be carried out as required. And of course, if you can alter the terms of a contract, you nullify the third ‘rule.’

Simply expecting people to trust each other is unreasonable and unrealistic. We need certain protections and provisions in place to ensure that expectations are openly specified to prevent any kind of wrongdoing, whether it’s intentional or not. And this is exactly why smart contracts are a thing. Simply put, these Blockchain-based programs self-execute when certain conditions are met and facilitate a number of necessary actions automatically. Neat huh? 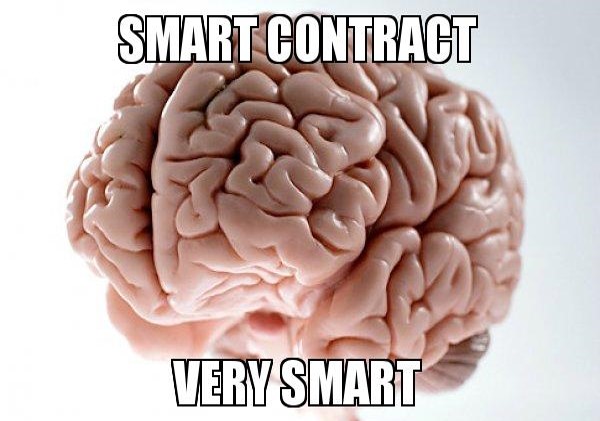 We may not be able to trust each other outright, but a well-coded, properly audited smart contract? Now that’s something you can trust! The great thing about programs like smart contracts is that they essentially remove the third party…or perhaps more accurately, they ‘supplant’ it.

#What Makes Something DeFi?

I think the idea of having ‘no intermediaries’ is a little too optimistic, or at the very least, it’s not entirely correct. It would be better to say that there are no human intermediaries since the traditional role of an adviser, consultant, lawyer or broker is effectively replaced with an autonomous code that can carry out their tasks perfectly and in a fraction of the time. I say this, but not all smart contracts are equal by any means, so blindly trusting a piece of software is about as smart as using bleach as mouthwash. This is why it’s important to use trusted platforms that audit their smart contracts and provide users with a secure means to process transactions.

Ah! But here’s the trust problem again, and even if you take seemingly reputable platforms like Ethereum into account, they are hardly problem-free. Moreover, if there are issues with the platform or Blockchain itself, it can negatively impact the infrastructure hosted on that platform. No human system is devoid of bugs and issues, and to quote Eric Sevareid:

‘The chief cause of problems is solutions.’

Programs and platforms are only really as good as the human beings behind them, and despite the best funding and engineering, some truly impressive projects suffer setbacks from malicious actors and/or unforeseen problems. I mean, how do you address a problem if you aren’t aware that it even exists yet? Hopefully you luck out, but the more likely reality is that you only discover the issue once its too late to stop it from happening. Sounds like an average day in a developer’s life!

OK, so now consider this. Which platform is the hegemon in the DeFi space? I don’t think this will come as a surprise, but check out the following infographic from defiprime.com: 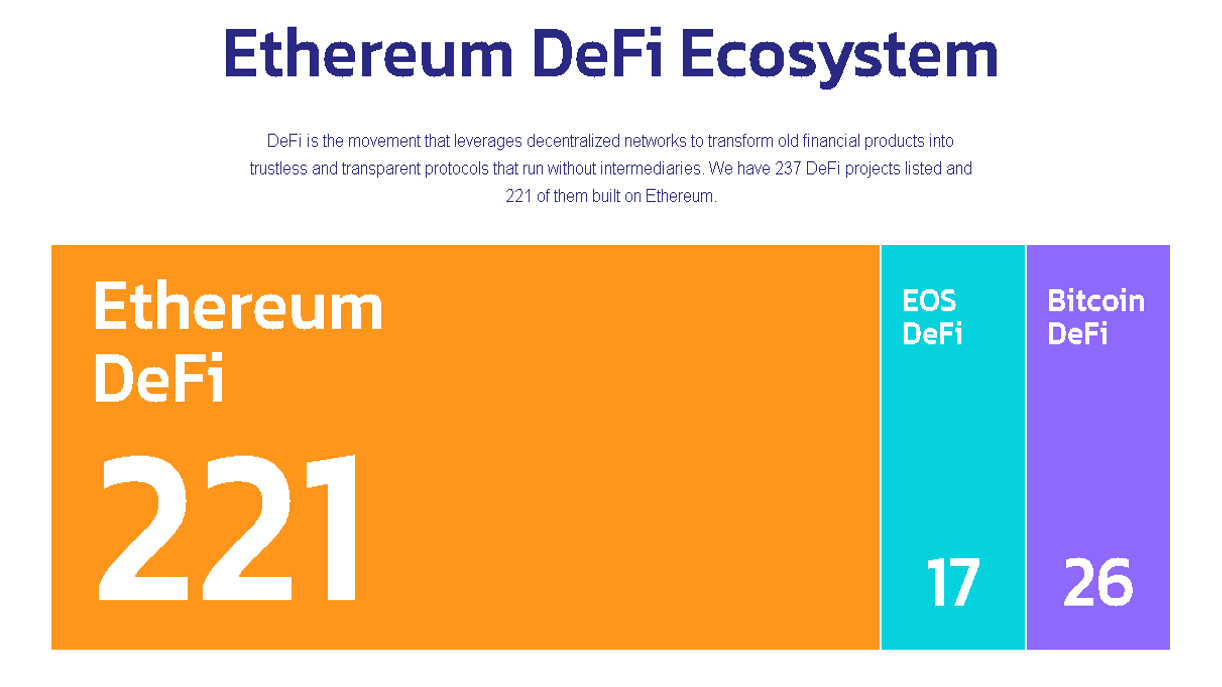 At present, the vast majority of DeFi is on Ethereum. While other platforms are working to bridge this disparity, it’s clear that they will need to do a lot more work if they want to challenge Ethereum’s ‘DeFi Monopoly.’ The trouble here is that, if DeFi wants to attain some kind of decentralization, it will need to move beyond Ethereum and towards cross-chain functionality and interoperability. Over-reliance on Ethereum could prove disastrous for the DeFi Industry in the long-term. There again, Ethereum is a major contender in the cryptosphere and supported by a wide variety of individuals and institutions, so they can’t all be wrong now, can they?

Cross-chain interoperability isn’t an answer in and of itself either. In fact, if one considers the recent Poly Network hack that saw attackers exploit a vulnerability within one of their smart contracts, it’s clear that some significant flaws still exist. The hack resulted in well over $600 million worth of BSC, ETH and 0xPolygon tokens being rerouted into the hackers’ wallets. According to a Reuters article by Gertrude Chavez-dreyfuss and Michelle Price, $260 million worth of tokens have since been returned, but the exact reasons for this are presently unknown.

#The Coveted Attainment of Decentralization

The main thing to keep in mind is that DeFi is still very much an emerging sector and undergoing significant development. Much like the idea of pure financial freedom, the notion of perfect decentralization seems like a pipe dream, at least at this stage in the game. This is just conjecture, but I imagine ‘True’ DeFi will have some or all of the following characteristics:

I’m sure there are those of you who would want to add to or even alter this list, but that’s my take on it. I’ve tried to consider those aspects that are realistic and achievable, but I may have glossed over one or two other important details. I’m sure we’ll all find out in due course. We still have a fair way to go with DeFi, but that’s just par for the course. That said, there are several platforms and dApps that are really making great progress and paving the way for a more decentralized tomorrow.

It’s pitfalls, challenges and regulations that ultimately inspire innovation and new solutions (and often new problems), but this is the nature of human endeavor. If we don’t learn from our past mistakes, we’re pretty much doomed to make the same ones over and over again…and we’ve definitely done plenty of that! If there are going to be any mistakes, I’d rather have new exciting ones than old humdrum ones. Decentralization is a tricky concept to wrap your head around, but each day we’re finding ways to make that murky definition just a little bit clearer.

Brynn is the Content Manager at ARK.io, lead DeFi writer for MarketSquare and die-hard metalhead. When not researching yield farming, he spends his time crushing demons in DOOM or shredding his favorite axe.
Tags:
DeFi
Blockchain
Decentralized
Share:
More from MarketSquare
View all