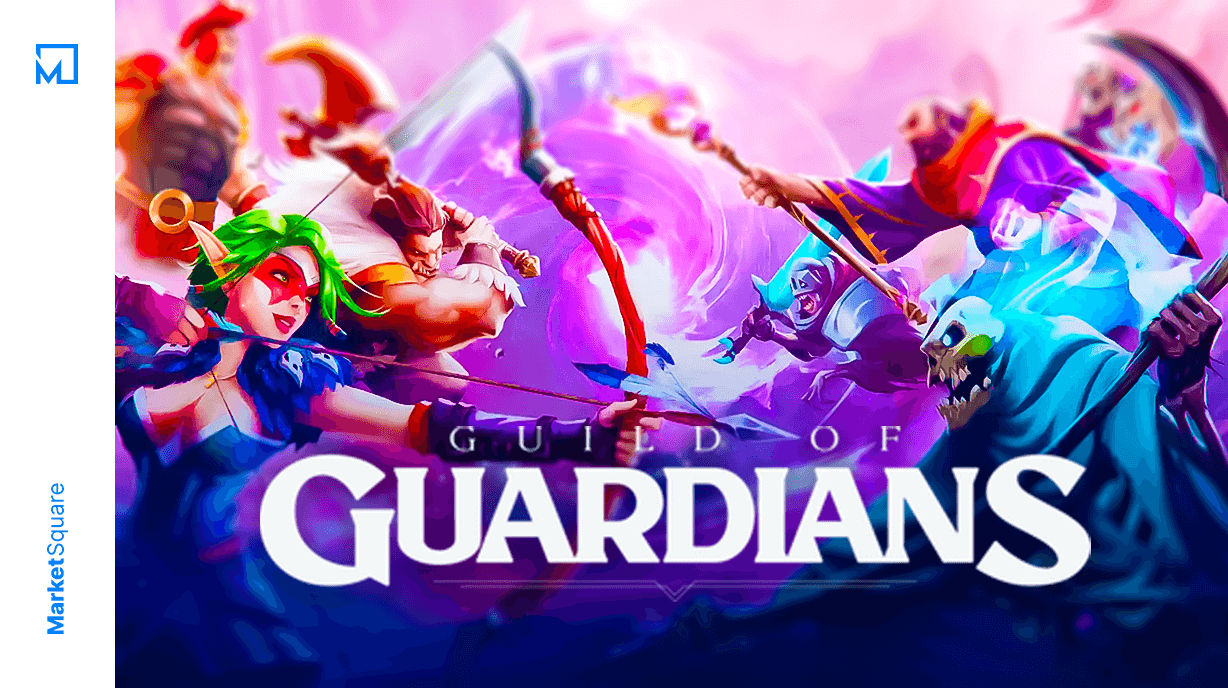 Happy New Year MarketSquarians! It’s time for another incredible Discovery of the Day! MarketSquare recently moved into its Open Beta, meaning you can sign up for a profile and explore all the site has to offer. From Monday to Friday we bring you some of the best projects from across the cryptosphere. Whether it’s NFTs, the Metaverse or Blockchain games, you’ll find it all right here on MarketSquare! Today we present a Blockchain game that’s due for release later this year! So without further ado, let’s take a closer look at…Guild of Guardians!

#The Course of Blockchain Gaming in 2022

2021 saw Blockchain gaming gain huge popularity with games like Axie Infinity , The Sandbox and Blankos Block Party allowing players to truly own their in-game assets and earn crypto and NFTs while gaming! It’s really something to marvel at, and I think it’s safe to say that 2022 is going to be an even bigger year for Blockchain gaming.

The truth is that Blockchain gaming is inevitable—once players realize that they can earn rewards while playing and truly own their in-game assets, the gaming space will almost certainly be dominated by Blockchain-based endeavors.

Every year players spend tens of billions on in-game items, skins, cosmetics, you name it…but the problem is—they don’t actually own any of these items. That’s pretty darn unfair if you ask me. Gamers should be able to sell and trade their in-game assets for real money, and this, my friends, is where the revolutionary upcoming game, Guild of Guardians, comes into play… 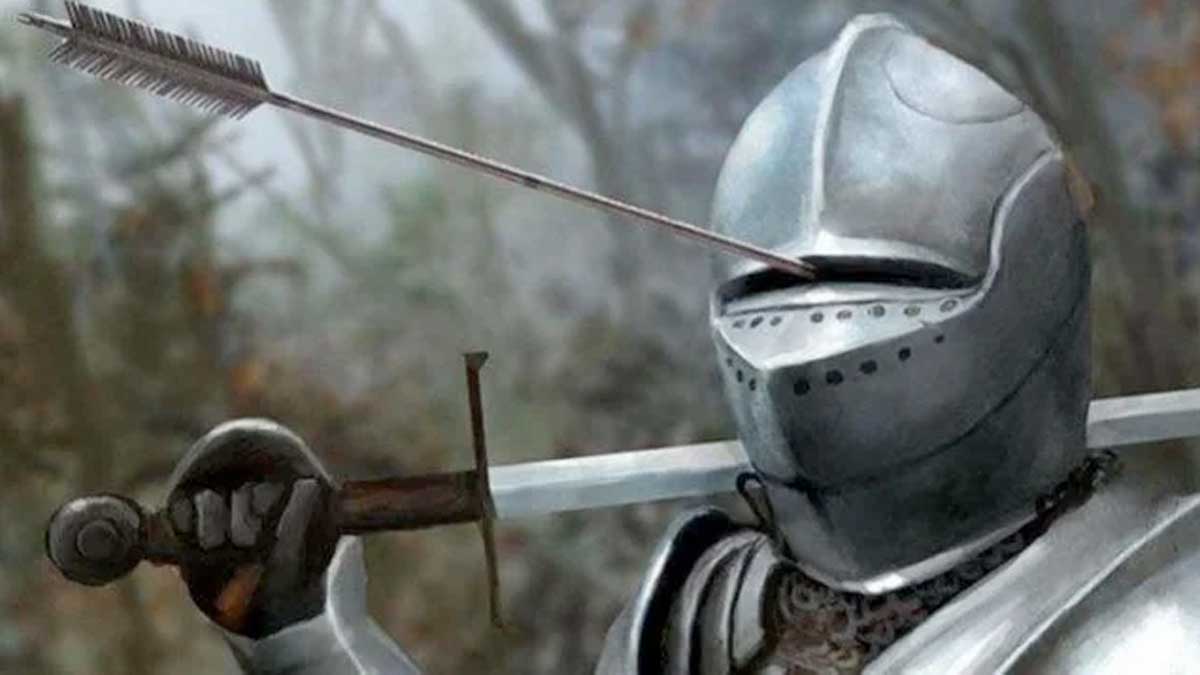 Sometimes melee units get the short end of the arrow…

#Join a Guild and Battle On!

Guild of Guardians is a mobile RPG where players can turn their passion for gaming into assets. GoG is a multiplayer, fantasy, action RPG in which players build their dream team of ‘Guardians’ and compete in a guild to earn epic, tradeable rewards. Oh, and did I forget to mention that it’s free to play!? Well, it totally is!

Within the game, you will be able to:

As the game grows, the developers plan to add more gameplay modes and features such as Guild Raids, Guild PvP, Land gameplay, User-generated dungeons, Global eSports tournaments and even social hang-out and trading zones. Sounds like a lot of fun to me!

The game is built on the Ethereum Blockchain with unique ERC-721s (NFTs) serving as in-game assets. The team is also making use of Immutable X, the first Layer 2 for NFTs on Ethereum, ensuring zero gas fees and instant trades for players. Guild of Guardians will not be pay-to-win since skill and strategy are the core elements of the game. In addition, spending money on Guild of Guardians won’t come at the expense of other players because the game is not focused on PvP.

Now all this doesn’t mean that GoG will be a walk in the park, but it does ensure that everyone experiences the game in a universal and enjoyable way. In essence, the playing field will be evened out, so everyone’s experience should, at the very least, be comparable. 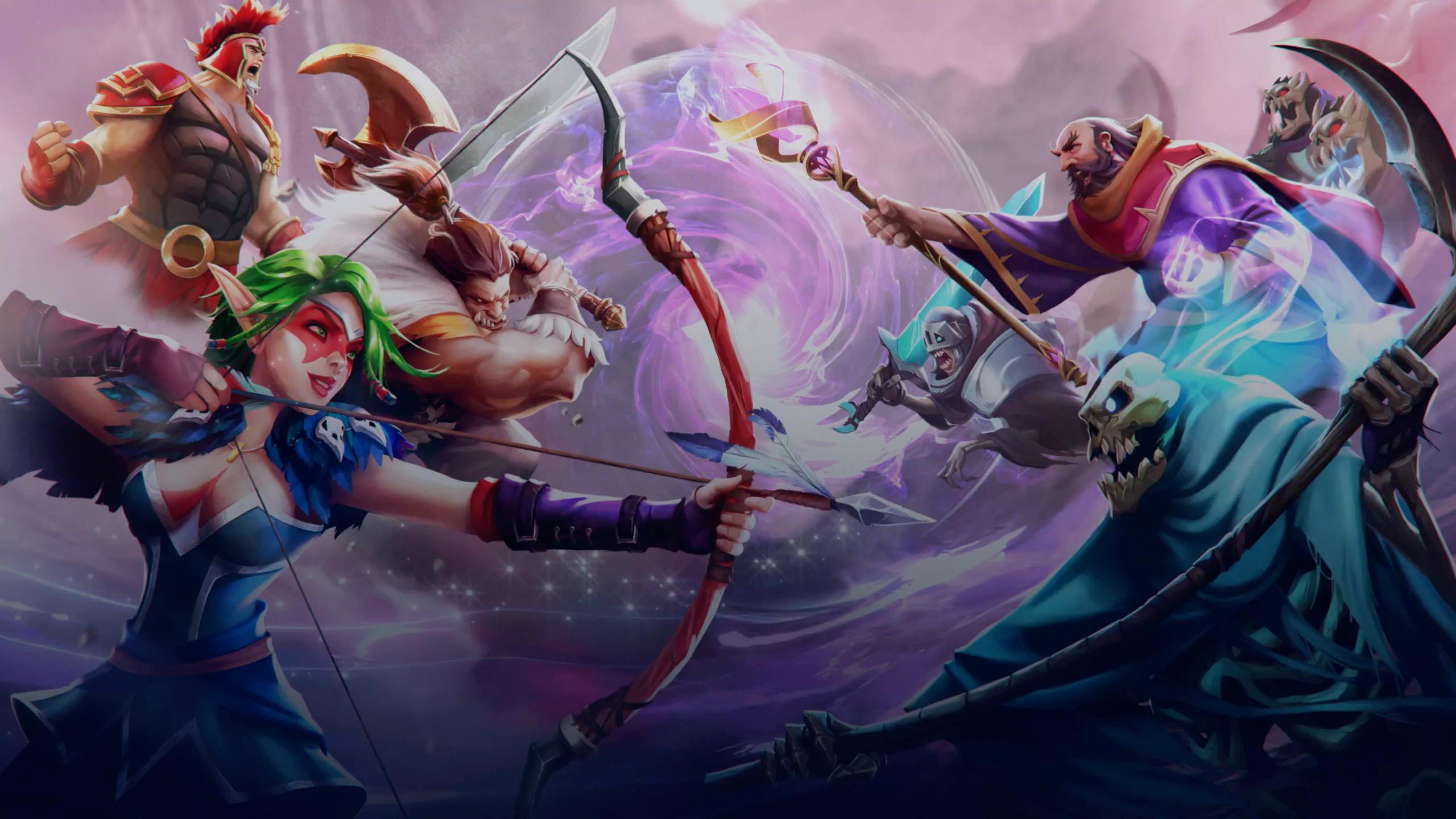 Heroes are unique characters that players will use in Dungeons to defeat monsters and collect rewards. As a player, you will have to formulate your own strategy and customize your team of heroes based on your individual playstyle.

Each hero will possess a unique set of properties that determine its particular playstyle as well as its strengths and weaknesses. Players can form their dream team of heroes and choose how they want to play and specialize. In other words, there will be heroes and synergies for everyone to choose from. 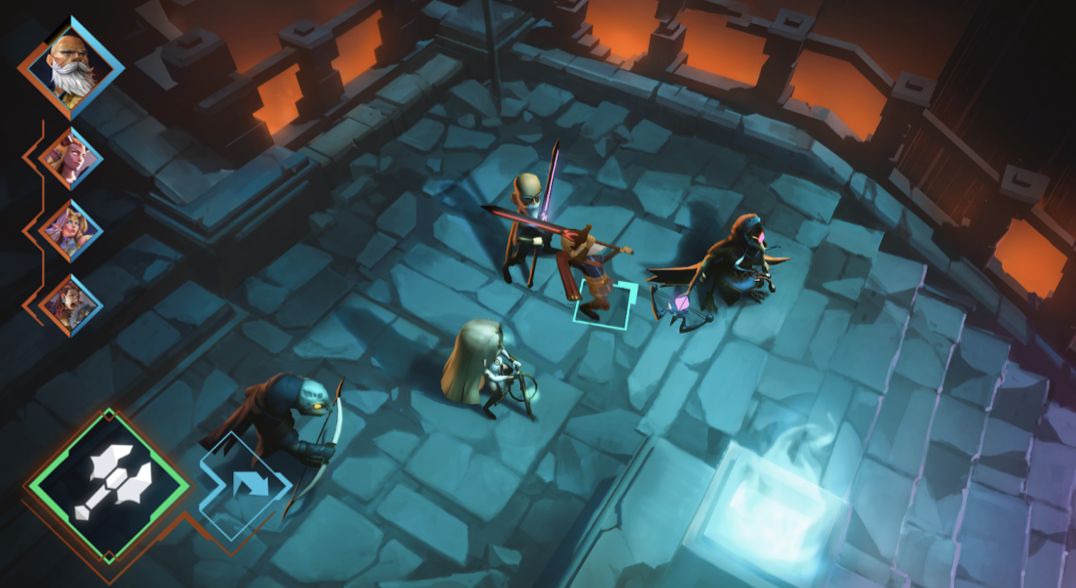 $GOG is the native token that will be used within the Guild of Guardians mobile game. 350 million tokens will be set aside in a rewards pool that distributes Gems to players depending on qualifying game behaviors such as Playtime, Account Level/Character Progression, Completion of Quests and more. This is where the Play-and-Earn aspect really becomes apparent.

Guild of Guardians will be published by Immutable and developed by Stepico . Immutable is one of the world’s largest VC-funded Blockchain gaming start-ups, backed by investors such as Naspers and Galaxy Digital. Stepico is a mobile games development studio with a team of over 50 developers and artists who have worked on AAA-quality strategy and RPG games with over 5 million installs. In short: Guild of Guardians is totally legit!

#What’s Planned for Guild of Guardians?

Guild of Guardians isn’t playable yet as they’re in their first stage of release where players can start collecting Founders Heroes. As such, the game is expected to release sometime in early 2022. To quench your thirst, take a gander at some of this Pre-Alpha footage!

Unfortunately Guild of Guardians hasn’t been released yet, and their presale for Founder Edition Heroes is already over. However, you can still find some of these over on Immutable X and TokenTrove

The polished art style along with a host of cool features makes Guild of Guardians a truly awesome project. I highly recommend you follow them on Twitter and join their Discord so that you can receive all the latest updates and find out about upcoming Mints as and when they are announced.

Well, that’s it for today’s journey. What do you think of Guild of Guardians? Be sure to let us know on our social media pages. If you don’t have a MarketSquare profile yet, make sure you sign up for one so that you can receive all the latest news and check out everything the site has to offer. And don’t forget to tell all your friends and family to sign up too! Thanks for your time and see you all again in the next Discovery of the Day! Stay strong warriors!

Reece is a video editor and Blockchain Games researcher at MarketSquare.io. He moonlights as a twitch streamer and can often be found slaying wither skeletons in Minecraft when not hunting for the latest NFTs.
Tags:
NFTs
Discovery of the Day
Blockchain Gaming
Share:
More from MarketSquare
View all