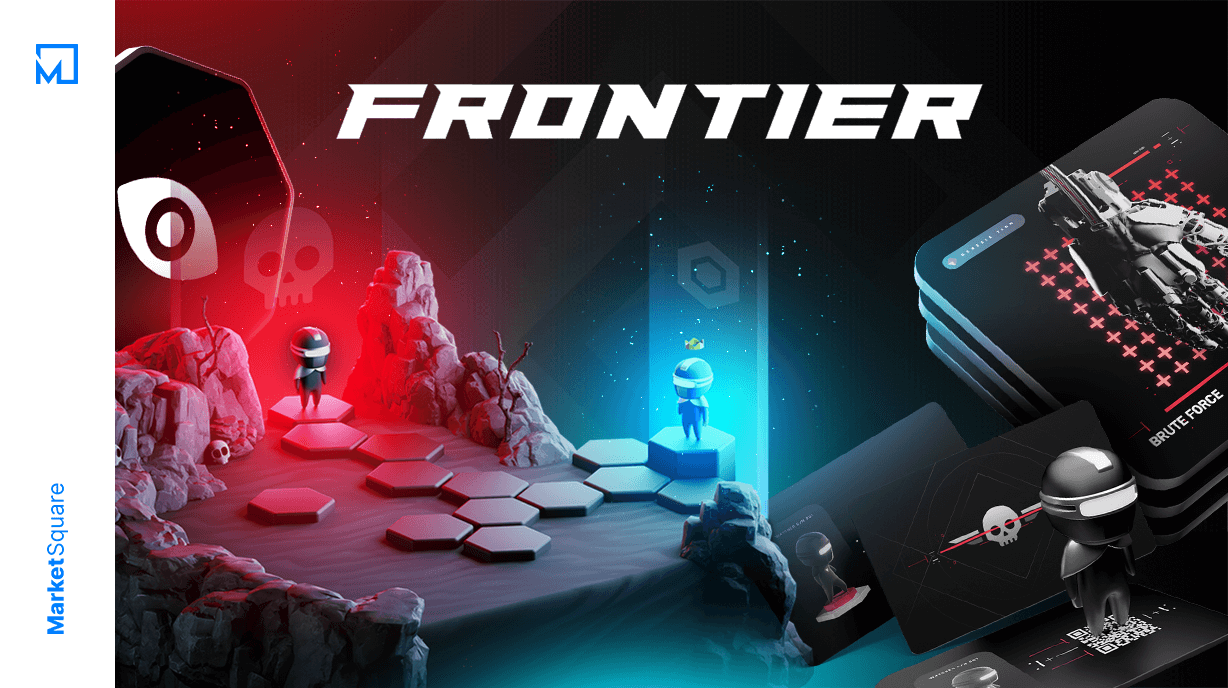 Join us as we take a look at our Discovery of the Day! Whether it’s their incredible artwork, vibrant communities or the awesome features planned for their projects, there’s definitely something here to capture your imagination! Today we bring you Frontier!

#The Path of The Watcher

Sent on a secret mission along with a fleet of ships, an enigmatic traveler known only as ‘The Watcher S/N 404’ soon finds himself alone and lost in the far reaches of space after a mysterious incident occurs. To make matters worse, The International Space Security Administration (ISSA) knows he isn’t dead and plans to eliminate him in order to hide the truth…

Enter the world of Frontier , an online Play-to-Earn Battle Royale and our Discovery of the Day! Now the story of The Watcher isn’t being decided by any central entity—in fact, you can follow The Watcher right now on Twitter and participate in the fully interactive story to help make decisions that will determine the ultimate outcome of our hero’s journey! There’s also an animated series of Frontier in the works based on The Watcher’s universe! Best of all, every single collector will feature in the lore! How awesome is that? 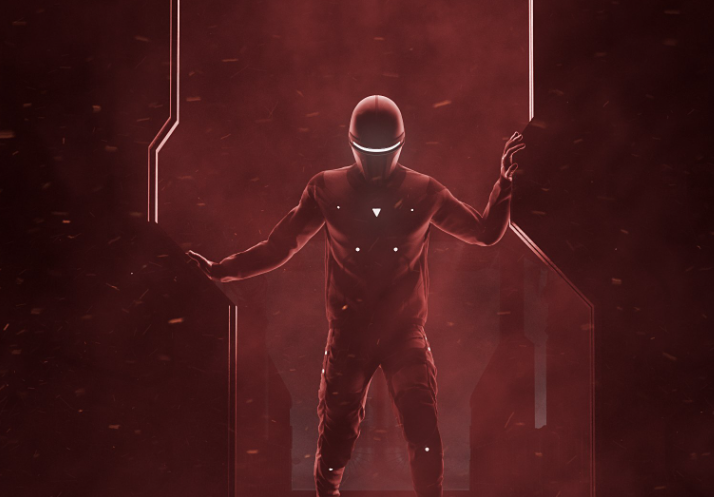 I get such strong Dead Space vibes from this and I love it!

So where do I even start with a project as awesome and ambitious as Frontier? Well, let’s talk a little about The Watchers themselves who are the heroes of Frontier. Each of them comes with $DATA Utility Tokens, in-game Hero Skins, in-game Sector Skins and Priority in-game Queues. They are available in both digital and physical editions, and soon players will be able to interact with them in Augmented Reality (AR). Check out some of the (now sold out) Watchers below: 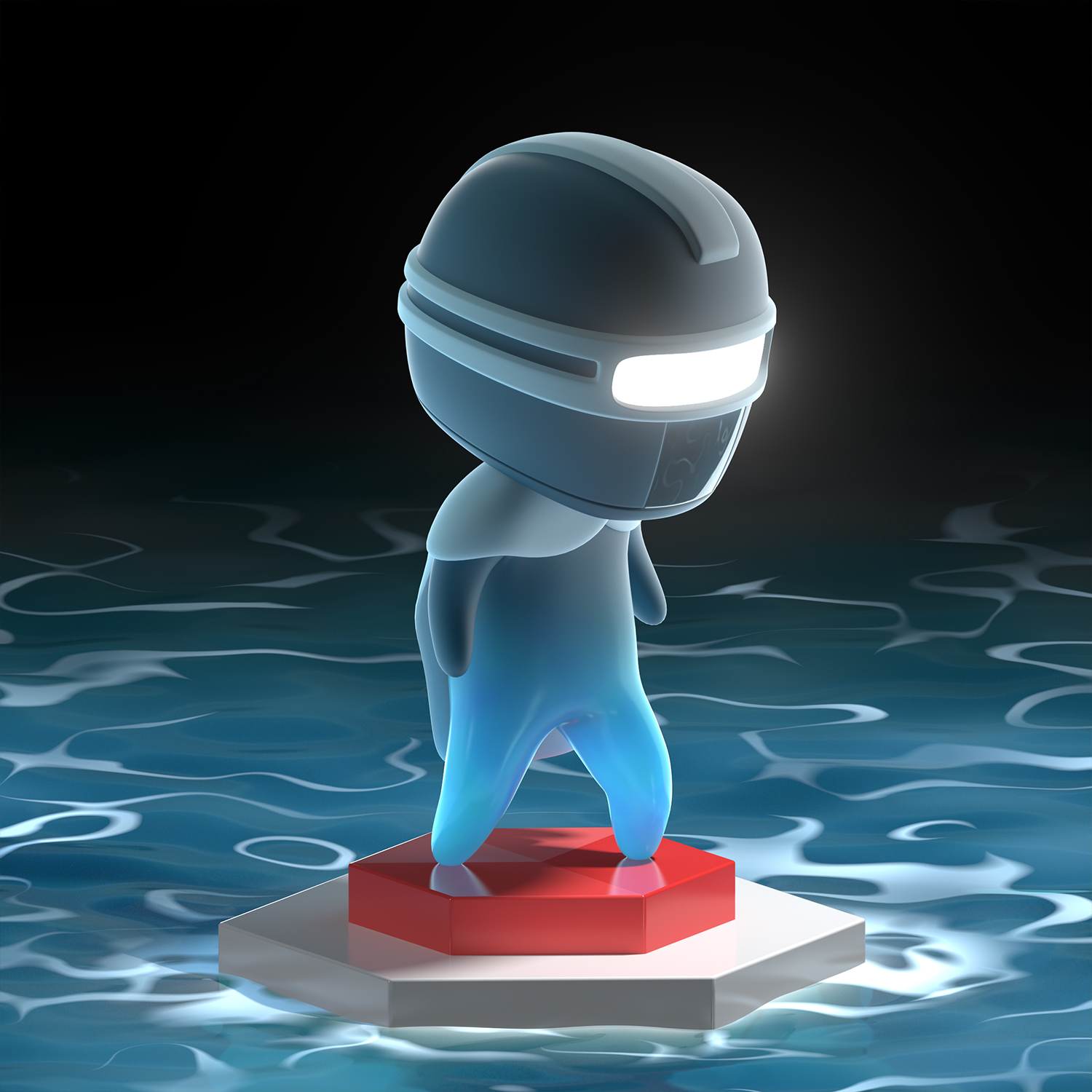 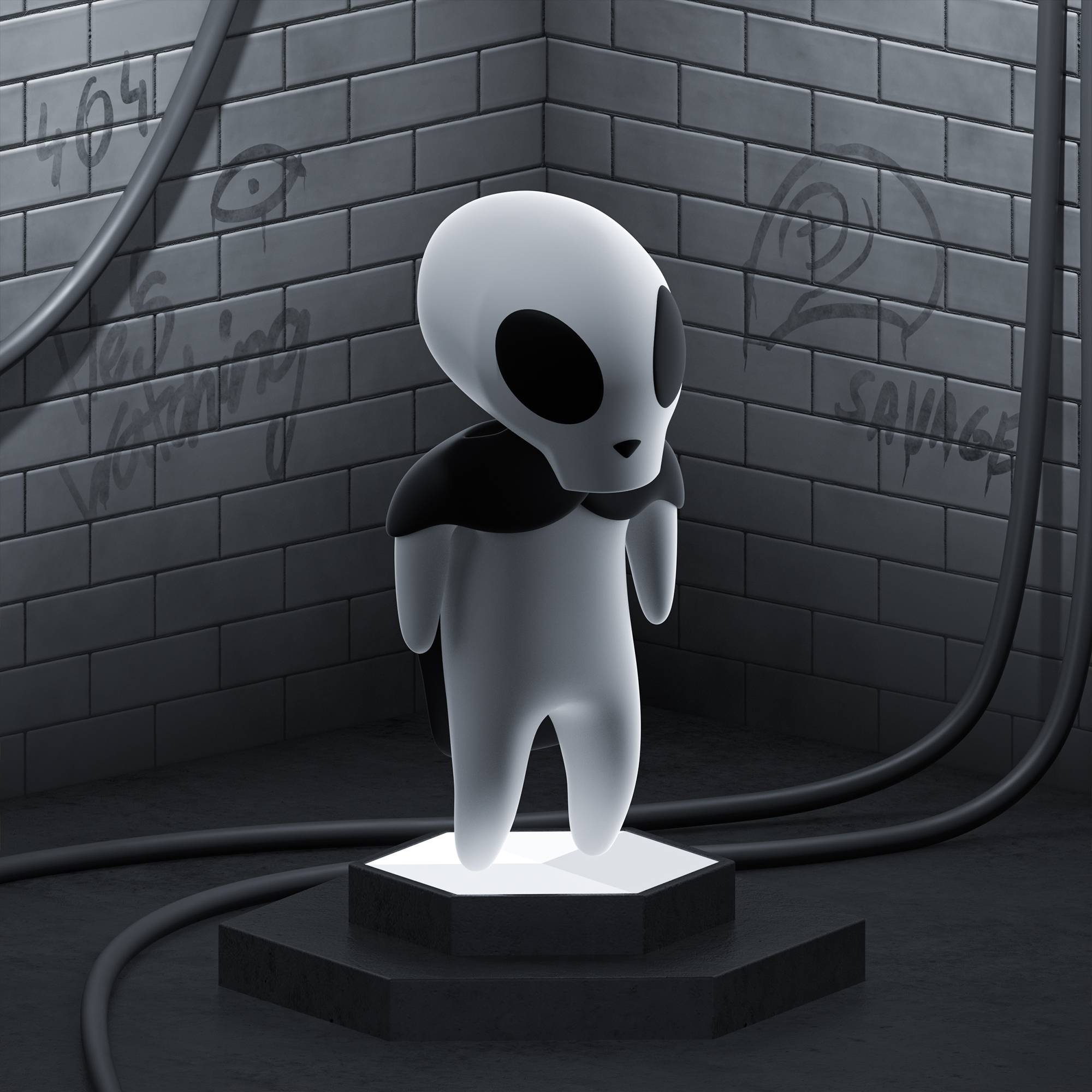 The Savage Watcher likes hanging around in public bathrooms at night 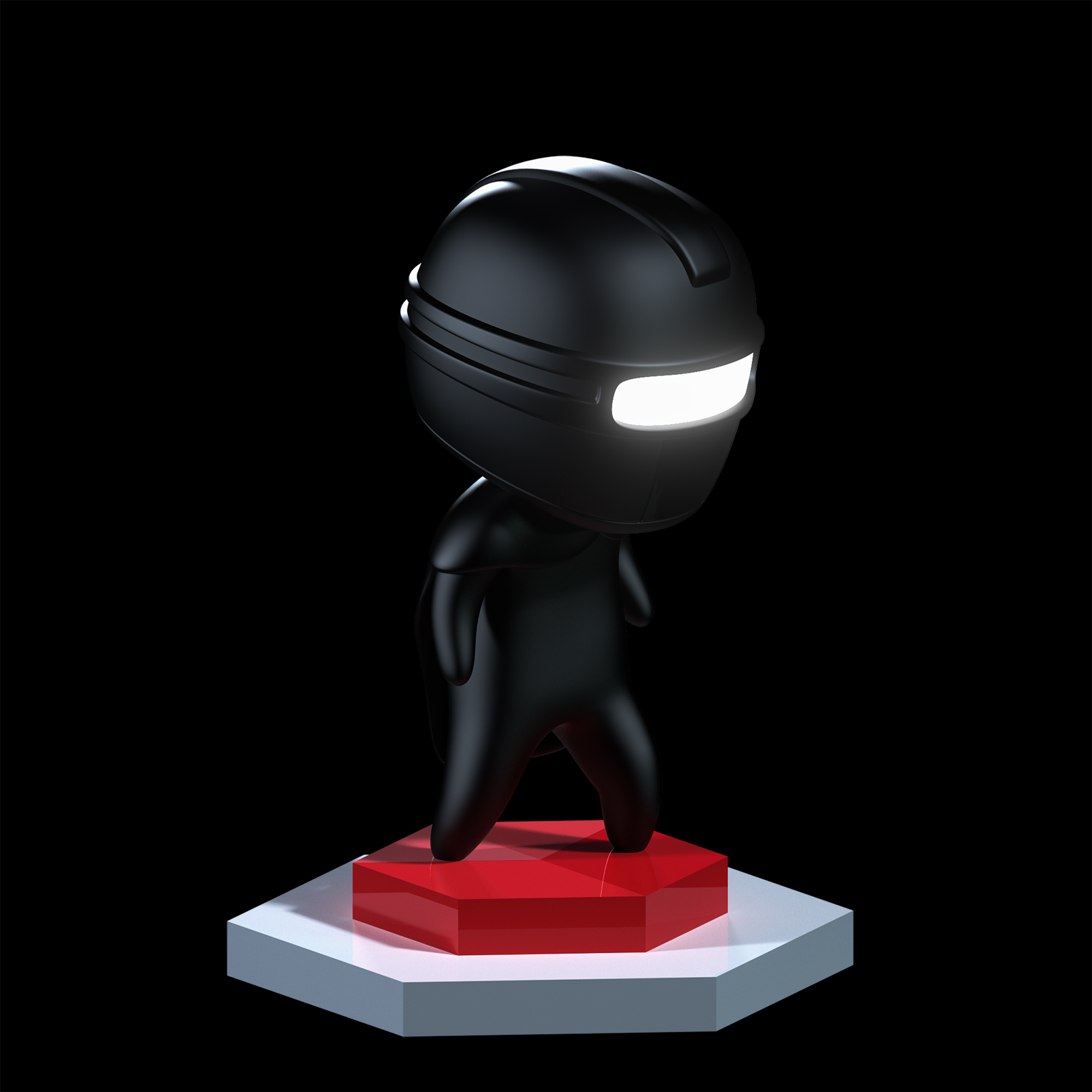 Minimalism is the key to this Black Watcher’s signature style

Don’t worry, more Watchers will be available for purchase soon. Until then, head over to Rarible to see what you can pick up there…that is, if any owners are willing to part with their Watchers!

#The Mechanics of Frontier

OK, so I’m gonna do my best to explain a couple of the mechanics and items that players will be able to purchase and use within the Frontier universe. Here goes:

The Black Box - This is a limited edition, non-playable utility NFT. Every player that holds a Black Box on a given date will receive The Data Key. In addition, those players that hold The Black Box and a Watcher NFT on a certain date will receive the ‘Stellar Edition’ of The Data Key. Players will be able to open their Black Box and mint two random Flash Blocks of any rarity tier. Conversely, players may choose to keep their Black Box which will lead to something completely different occurring. Until such time, players are advised to ‘keep safe and stay tuned’ as everything will be revealed in due course. 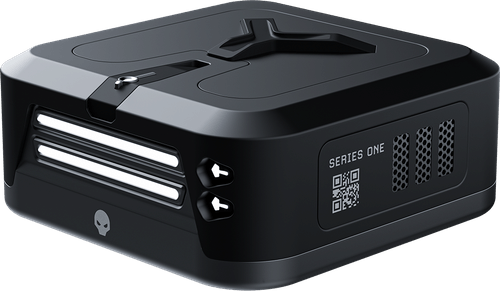 Take note that Black Box Series One is sold out. If you want to grab one, head over to OpenSea and purchase one for about 1.6 ETH (this is subject to change of course)

Flash Blocks - These consist of weapons, shields, traps and hacks. In essence, these are abilities players can employ on the battlefield. Regardless of whether players are attacking or defending a sector, they will have the opportunity to use three Flash Blocks, each of which has a different effect that can dramatically alter the final outcome of a battle. Take note that all Flash Blocks have a short cooldown once they have been used. There are three different types of Flash Blocks:

The Data Keys - These are non-playable utility NFTs that guarantee premium advantages. Data Keys give players special access to drops and NFTs as well as the alpha version of Frontier. In addition, Data Keys grant players the right to cast votes and even create proposals. Finally, Data Keys allow players to redeem $DATA, Frontier’s Utility Token. Data Keys are issued to all players that retain ownership of a Frontier NFT. Moreover, dedicated supporters receive a ‘Stellar Edition’ of The Data Key, granting them access to special airdrops and exclusive in-game items. 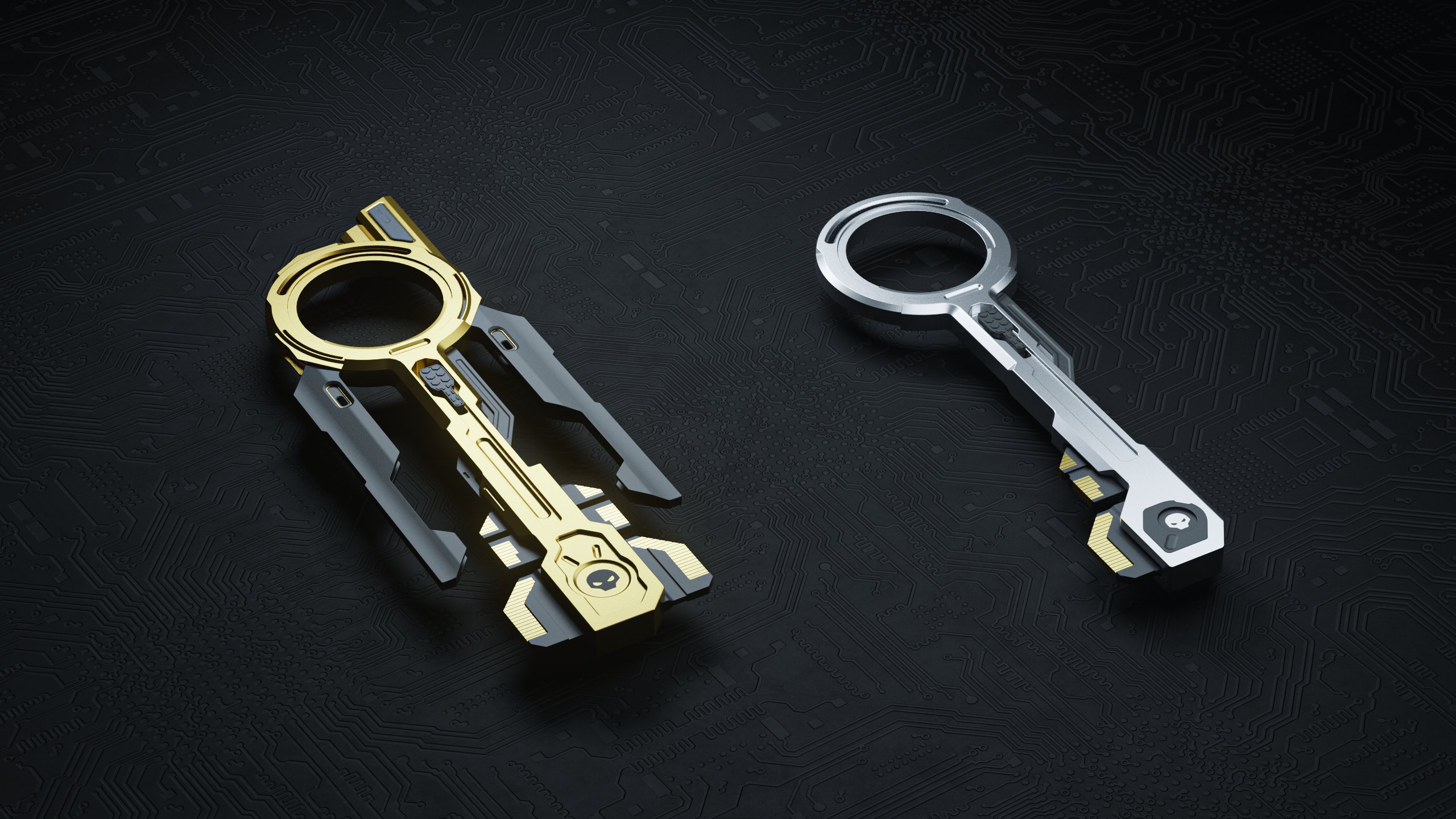 Access card or key? How about a Data Key?

#So What’s Next for Frontier?

There’s a lot going on in the Frontier camp, but a close look at their website reveals that Leaderboards, Flash Blocks, Glitch Blocks, ‘The Synthesis,’ Heroes and even Avatars are all currently in development. If you want to learn more about what the team has planned, I implore you to check out their Roadmap .

You can also find out more about the game and its mechanics on Frontier’s About page .

Season One of Frontier begins soon! You don’t want to miss this!

#Allow Me to Crunch the Numbers

Frontier’s a pretty unique project—it’s a Blockchain-based game, it’s Augmented Reality, it’s got NFTs and an already impressive community…need I go on? Check out some of Frontier’s stats below:

Again, pretty much everything on Frontier is currently sold out, but you can view items on their Rarible and/or OpenSea pages.

And in terms of their ‘traditional’ stats, well, Frontier currently boasts the following on their OpenSea:

I think I could go on about Frontier all day, so I’ll leave you with this instead—with so much going on, and so much time, effort and care being put into this incredibly stylish and energetic Blockchain-based project, can you really afford to miss out on such a golden opportunity? Make the right choice and follow Frontier on all their social media pages without hesitation! Until then…I’ll see you on the Battlefield! 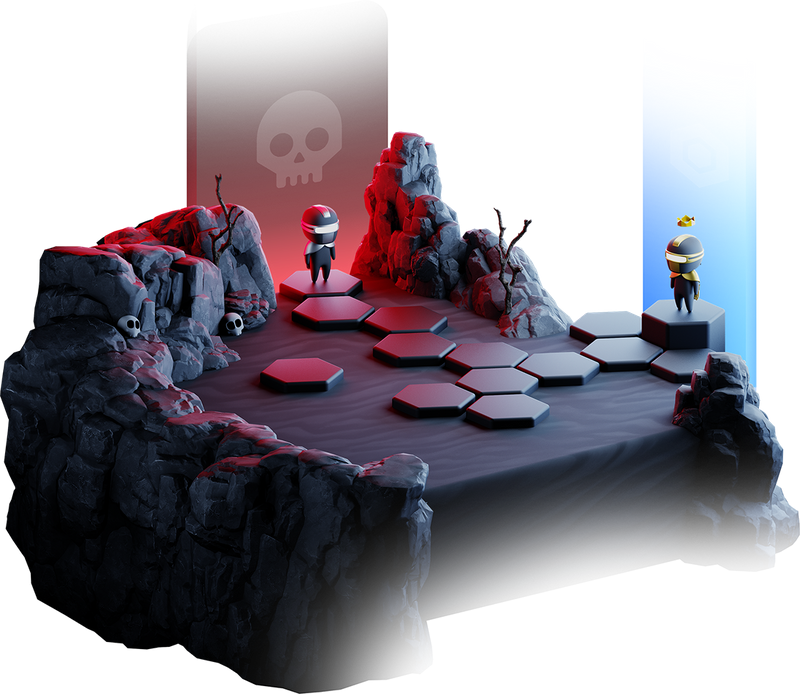