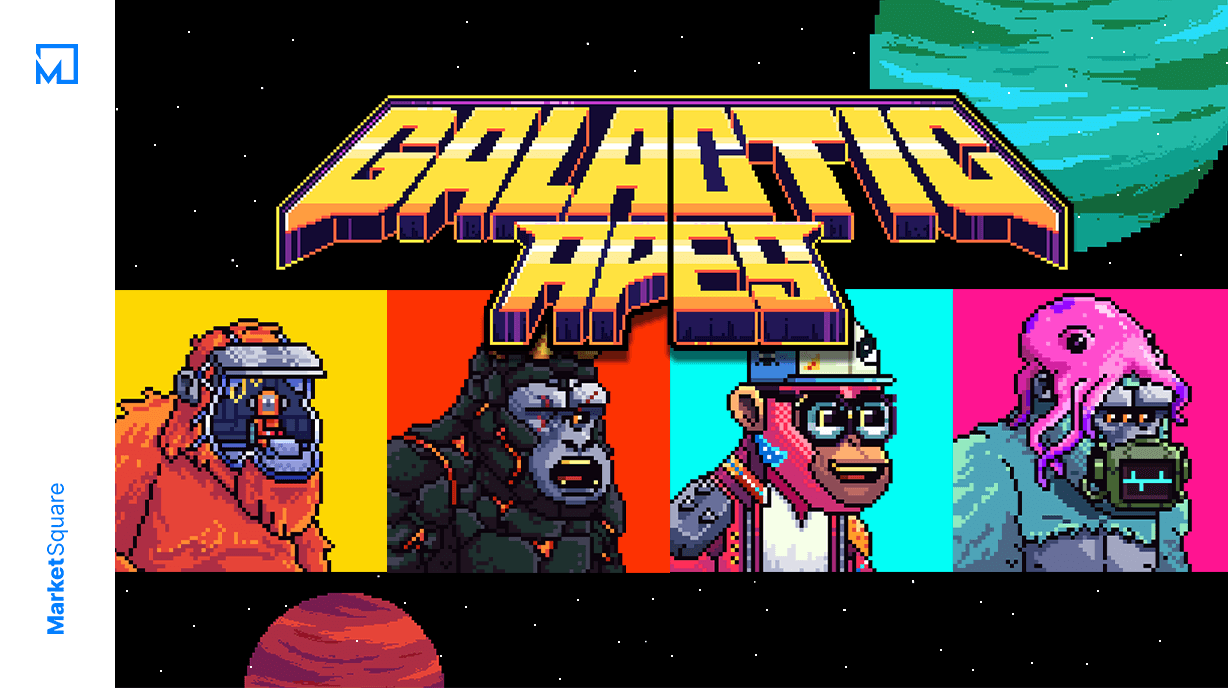 Join us as we take a look at our Discovery of the Day! Whether it’s their super artwork, passionate communities, or the great features planned for their projects, there’s sure to be something here you’ll love! Today we bring you Galactic Apes!

#A Guide to the Galactic Apes

Prep your crews, assemble your ships and reclaim the universe for the glory of the apes! Galactic Apes is a collection of 9,999 strong simians who live in the Metaverse. Galactic Apes isn’t your everyday PFP project—it includes gamification and allows you to run missions with your crew. Missions form the basis of the gamification mechanism within the Galactic Apes universe. With your crew(s), you will be able to complete missions that yield other NFTs and rewards. Let’s dive deeper into this amazing project!

To participate in missions, you’ll need a crew of strong Apes with fighting spirit! You can even have multiple crews that run different missions simultaneously. Depending on your crew mix, you could have significant advantages over other competing crews.

The best combination (crew mix) to have in descending order is: 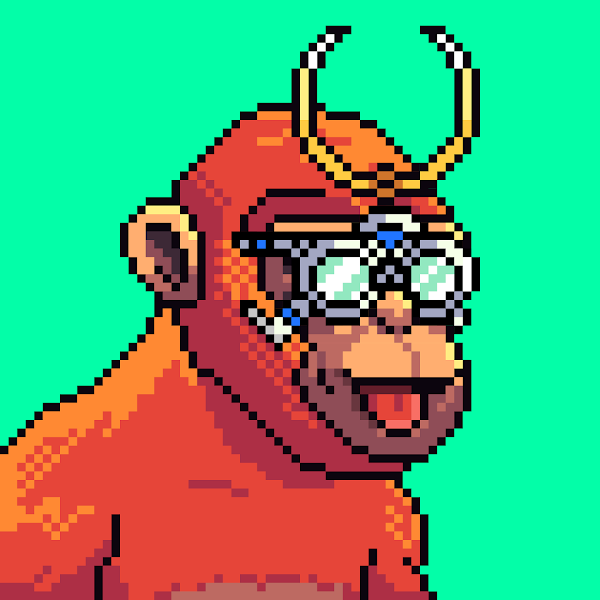 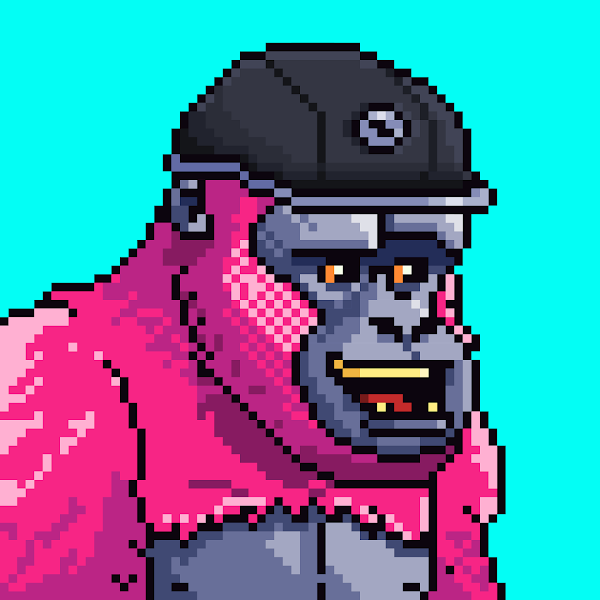 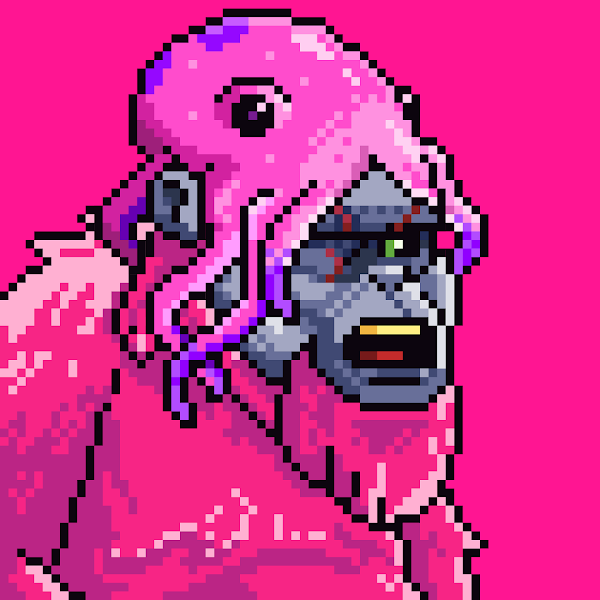 Not only will you be able to run missions with your own crew, but you will be able to hire out or borrow an ape, apes or full crew(s) services with an owner-set fee/bounty as payment. Hired apes will allow users to complete or improve a partial crew and/or hire a full crew to run a mission (whether they are ape owners themselves or not!) 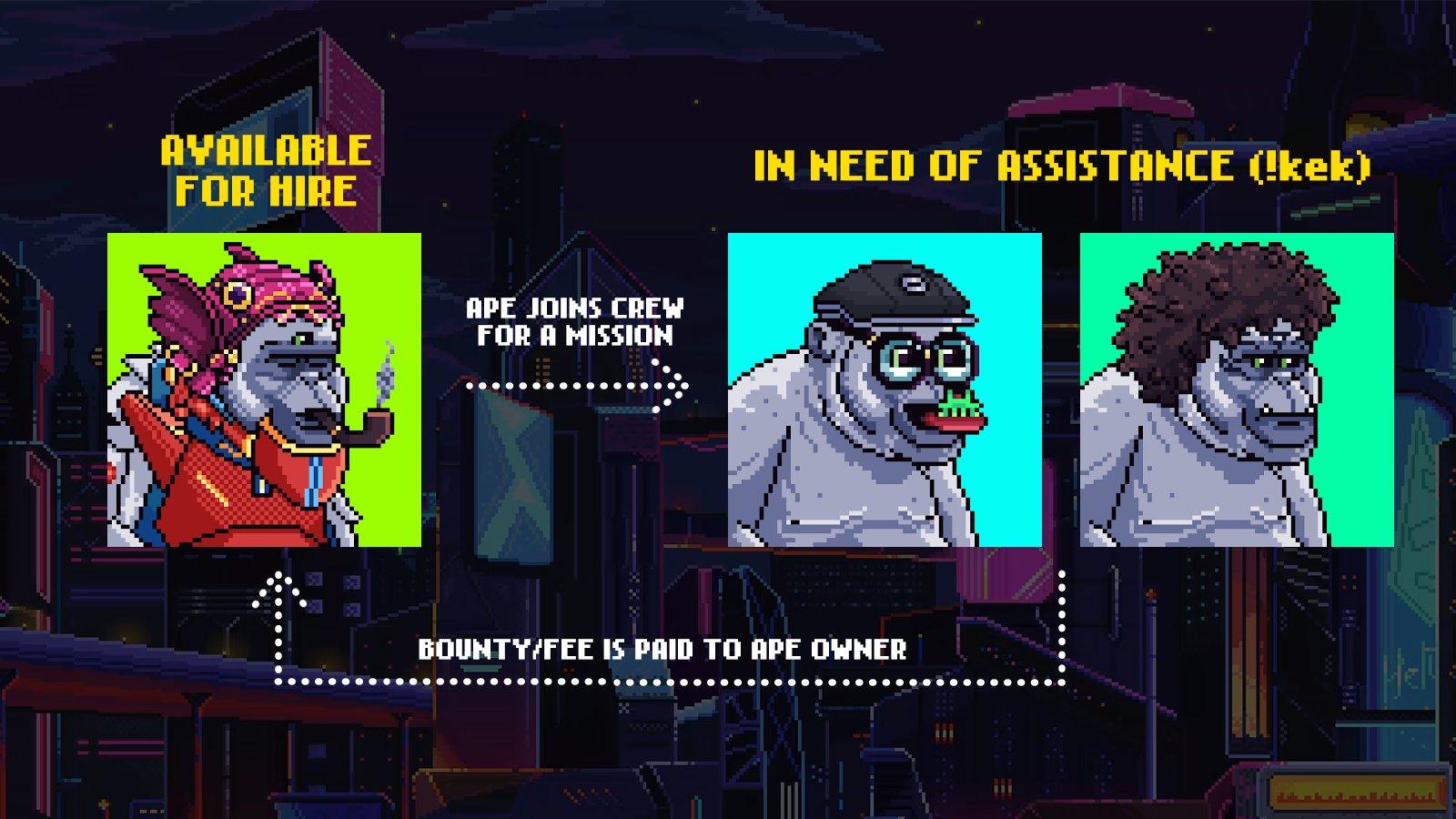 The tweet below details the approximate cost of running or participating in missions:

⚡️Missions will be free to deploy (plus gas), whether you own the crew or are hiring a crew.
⚡️Multiple crews can be run simultaneously by 1 person (with no cap).
⚡️You don’t need to own any #GalacticApes to hire a crew. Anyone can participate. pic.twitter.com/vrWeImfSZd

Lastly, the team recently announced Monkeys . These helpful primates can be added to full crews to complete missions more efficiently.

The Monkeys will be free to mint—all you have to pay is gas. As an added bonus, they will feature brand new traits! To find out more about hiring monkeys, check out the tweet below:

⚡️Owners will always have the power to set the price/bounty for how much they are willing to hire out for, and adjust as they see fit.

⚡️PROCESS: ‘Hire out for mission run > receive payment/bounty > Option to hire out again after run is completed’.

Wowee! That was a lot of info to process! Talk about NFTs having utility, am I right?

The team have assured the community that this is just the beginning and they don’t plan to rush through the process, calling it a ‘marathon, not a sprint.’ The team are clearly working their socks off, and I’m definitely impressed with what I’ve seen so far!

The Roadmap is divided into three distinct phases:

From the information and screenshots I’ve seen so far, I’m confident with where this project is going, and quite frankly, this is the most excited I’ve been to see where a project is headed for quite some time—the devs have done an awesome job so far! Visit the Galactic Apes website to view the latest Roadmap and stay up-to-date with the latest developments.

The Galactic Apes collection is currently sold out, but you can still grab yourself one of these charming apes over on the project’s OpenSea page.

Please Note: Stats are accurate at the time of writing, but be sure to check the original source for the most current information:

Galactic Apes is a seriously unique NFT project that you’ll definitely want to follow closely. Be sure to check out their Twitter and join their Discord to find out more about the project’s ongoing development and growing community. See you next time! Ooh Ooh! Ahh Ahh! 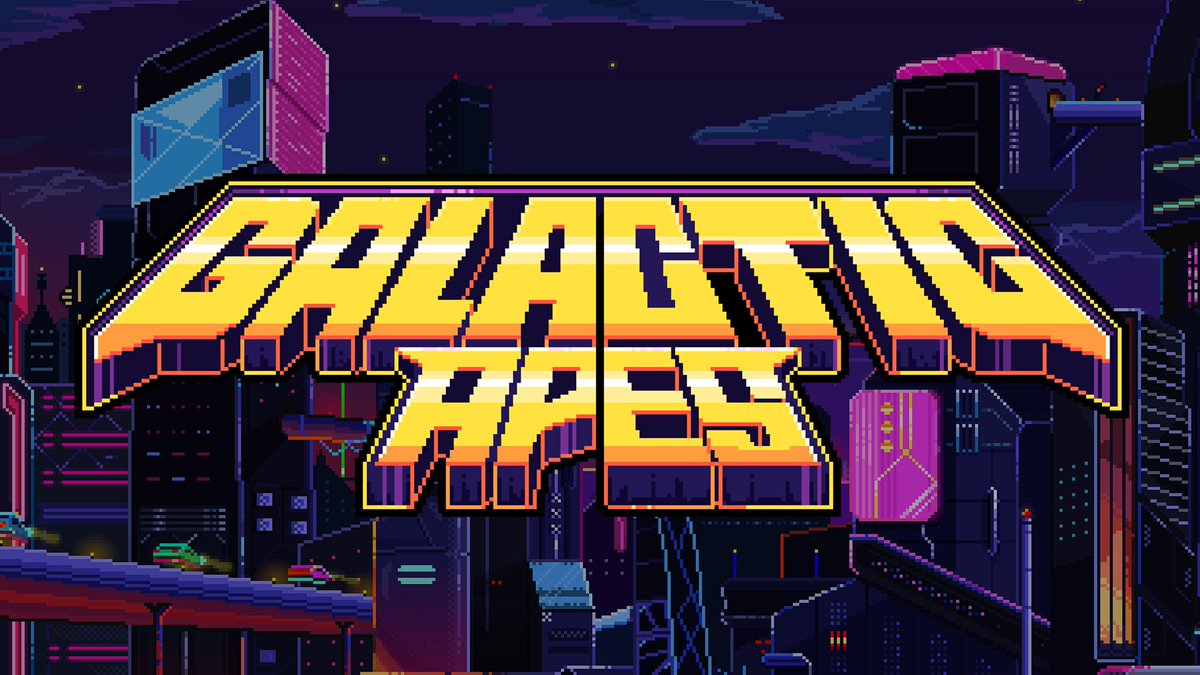 Reece is a video editor and Blockchain Games researcher at MarketSquare.io. He moonlights as a twitch streamer and can often be found slaying wither skeletons in Minecraft when not hunting for the latest NFTs.
Tags:
NFTs
Collectible of the Month
Discovery of the Day
Share:
More from MarketSquare
View all