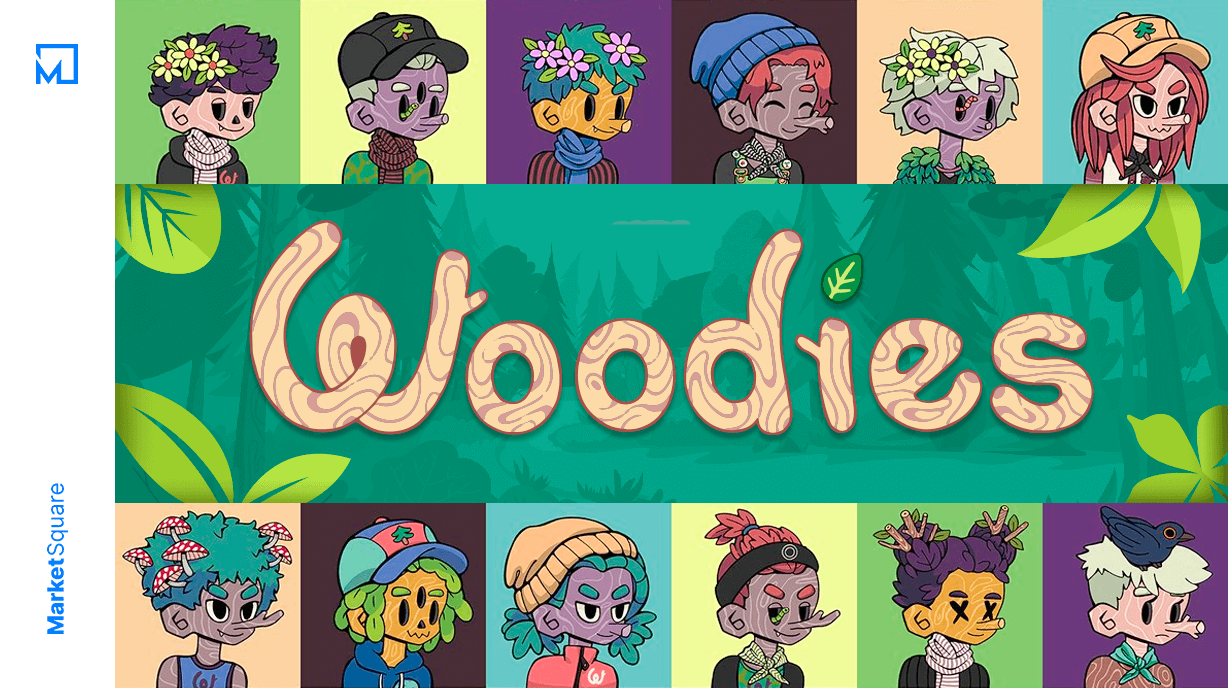 Join us as we take a look at our Discovery of the Day! Whether it’s their unique artwork, energetic communities or the amazing features planned for their projects, there’s no doubt that something here will tickle your fancy. Today we bring you Woodies!

#The Magical Forest Dwellers of Wondermist

Nature—as modern humans, many of us have lost our intrinsic connection with the natural world. The advent of modern medicine coupled with an ever increasing level of global interconnectedness (among other factors) has, in many respects, separated us from Nature. We are nowhere near as fragile as we used to be, and no single other predator or creature is able to oppose our intellect and capacity to innovate. But the truth is that we are indeed part of the very Nature we have sought to dominate and arbitrarily exploit to suit our every want and need. Our world is fragile, and thus, we are as well.

Perhaps this is what makes today’s Discovery of the Day particularly special—an awareness and understanding that, in order to make the world better, we need to give more to one another and replace what we have taken from Nature.

#The Story of Arden and the Evil Logger

Long ago, when the world was a purer, freer place, a tribe of magical trees lived, laughing and playing together in peace and harmony. But then, one terrible night, the trees were cut down and hauled away by a nefarious antagonist known only as ‘The Logger.’ By some providence, a solitary tree by the name of Arden was left untouched. Without hesitation, he knew exactly what needed to be done—Arden steeled his resolve and decided to uncover the location of the evil Logger and rescue his friends from his grimy clutches! Now our hero finds himself on an epic journey fraught with peril, but one he must nevertheless undertake if he ever hopes to recover his lost kin and restore the forest to its former glory.

Woodies is a collection of 10,000 avatars created by UltraDAO . However, Woodies isn’t simply another avatar project—driven by one of the biggest 10k project teams along with an established artist DAO, Woodies’ underlying story and characters have both substance and ultimately serve a higher purpose. Future content will be be highly developed with an emphasis on offering meaningful rewards to collectors. Woodies exist as ERC-721 token on the Ethereum Blockchain while all data is hosted on InterPlanetary File System (IPFS).

Every single Woodie is entirely unique and randomly generated at the time of mint from more than 900 possible traits including eyes, hats, clothing, masks and so on. In the near future, a separate collection of hand-drawn Core Characters from the Woodies universe, including the lead protagonist Arden, will be available for purchase and trading. These special characters will be provided at random to anyone holding a Woodies Mint Passport. So now with all of the integral stuff covered, let’s check out some of these colorful woodland characters: 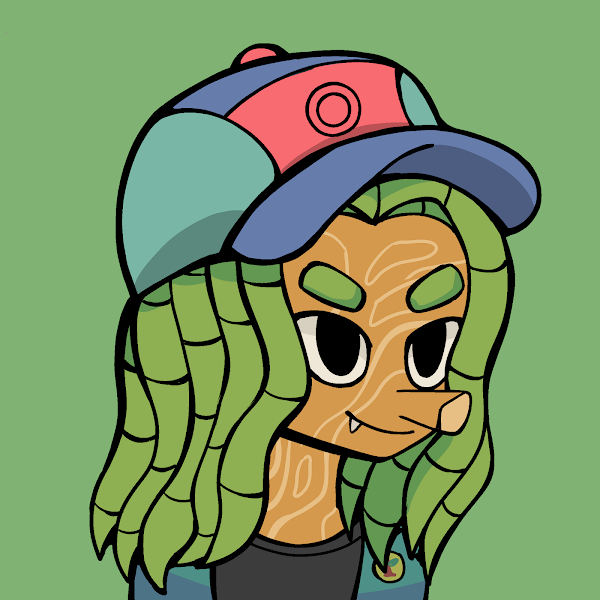 I wonder what Pokémon Gym this Woodie belongs to? 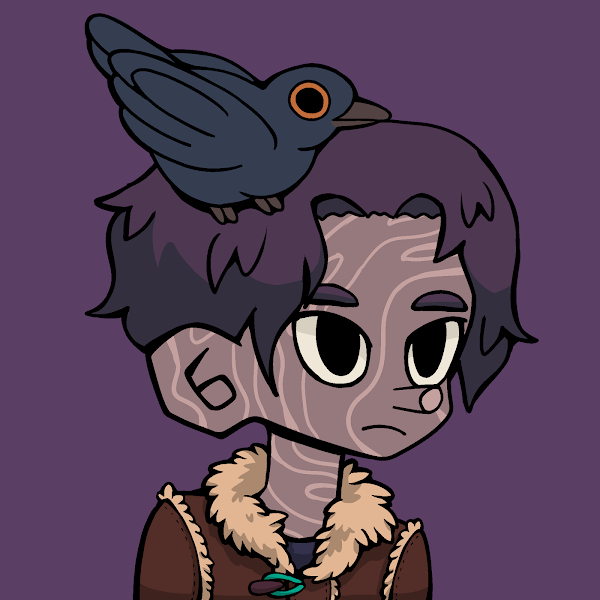 A bird on the head is worth two in the bush… 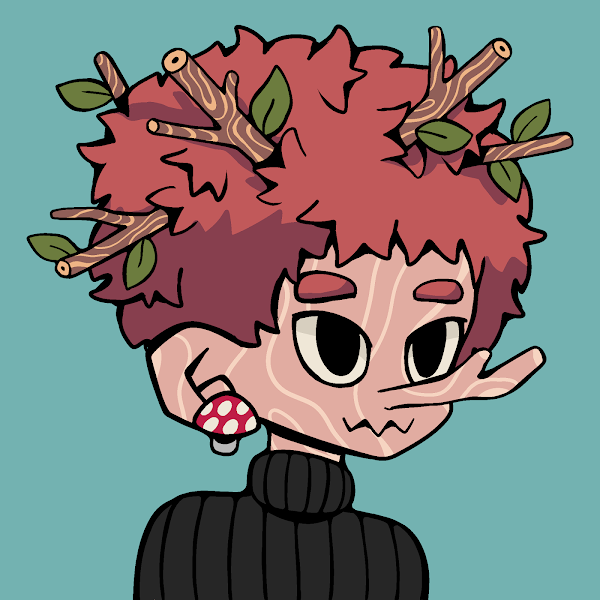 Wilhelmina’s hairstylist is well-paid for a reason

As I mentioned earlier, Woodies is more than just an NFT project. The team has entered into a partnership with Trees for the Future and committed to planting 1 million trees in sub-Saharan Africa. The latest update indicates that Woodies has donated 73.824 ETH thus far, allowing for more than 837,000 trees to be planted. It looks like they’re already close to their goal and may well surpass it—it’s refreshing to see an NFT project looking to change the world for the better. You can find out more about this monumental passport here .

#Blazing a Trail to Prosperity

Phase 1 - 10K Woodies - This phase should take place over the course of Fall/Winter 2021. Events and items listed under this initial stage include The Nameless Woodies (Challenges), Woodies Goodies (Merch), Woodies Comic (Airdrop), One Million Trees Campaign (Giving Back), and Woodies Lore (Exclusive Artwork).

The full ‘Trail Guide’ can be viewed on Woodies’ official site . 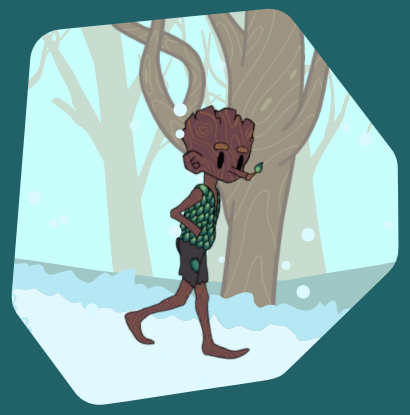 Arden, the main protagonist in the Woodies universe

Woodies is still a relatively new project but has gained a lot of traction in the past few months. Moreover, its growing following and active team bode well for the future. You can grab yourself a Woodie right now via OpenSea . See below for stats:

Mint passports are currently sold out, but you can purchase one on OpenSea . Stats for Mint Passports are as follows:

Woodies is dedicated to sustainability, environmental awareness and building a better world. What reason more do you need to support such a great project? Check them out on their official site and follow them on all their social media channels. Till next time MSQ fam!