Delegated Proof-of-Stake: Is It Genius, or More Trouble than It's Worth?

While early Proof-of-Stake coins such as Peercoin finally gave users options for how they want their preferred Blockchain secured, it wasn’t until DPoS burst onto the scene that things started to get really interesting.

In Delegated Proof-of-Stake, representative node operators on a Blockchain secure the Blockchain in the interest of coin holders who support them with voting power. The labels for these node operators vary drastically from project to project. They are sometimes called ‘Delegates’ or ‘Validators,’ as is the case for ARK . Other names include ‘Public Representatives,’ the name chosen for the ICON project, ‘Block Producers’ for EOSIO , or ‘Witnesses’ in the case of the Hive Blockchain.

Regardless of chain, the two-part mission for node operators is always quite similar— validate transactions so end users don’t have to, and enhance the ecosystem. The DPoS architecture is also designed to keep the power in the hands of the people by allowing them to pick and choose which people or entities have this power.

This differs from standard Proof-of-Stake, where each wallet user and coin holder acts as their own node, participating in a weighted lottery to verify transactions and gain rewards. 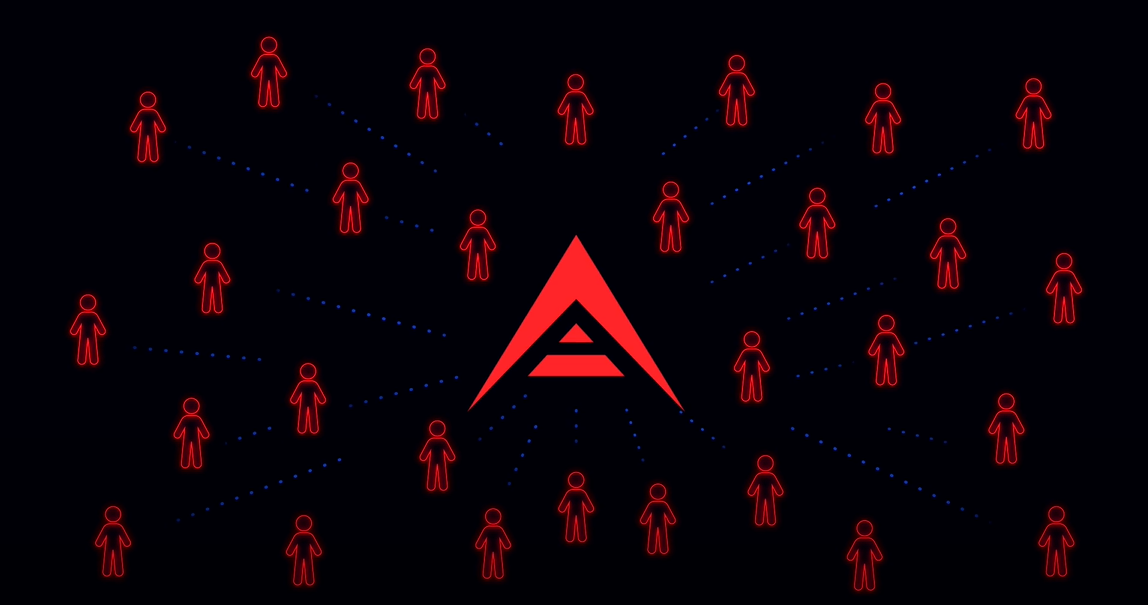 It’s pretty easy to notice that in Proof-of-Stake, the end user is responsible for running and troubleshooting the software required to participate in consensus and keep the chain running.

In some cases, that means running nodes in the cloud, and in others it means the wallet application that handles payments and transactions doubles as a full PoS node.

Delegated Proof-of-Stake converts all of these complex responsibilities into a single simple task called ‘voting.’ A single mouse click or finger tap, and users can vote for a node operator who maintains their nodes, while you shut off your devices and rest easy.

If users of standard PoS chains don’t perform the required actions to help secure the chain, the network becomes vulnerable. Thus, the concept behind DPoS is to make participating in consensus as simple and hassle-free for as many users as possible.

Users get their proper say in the network, and at the same time, participation in consensus becomes a breeze for everyday people. 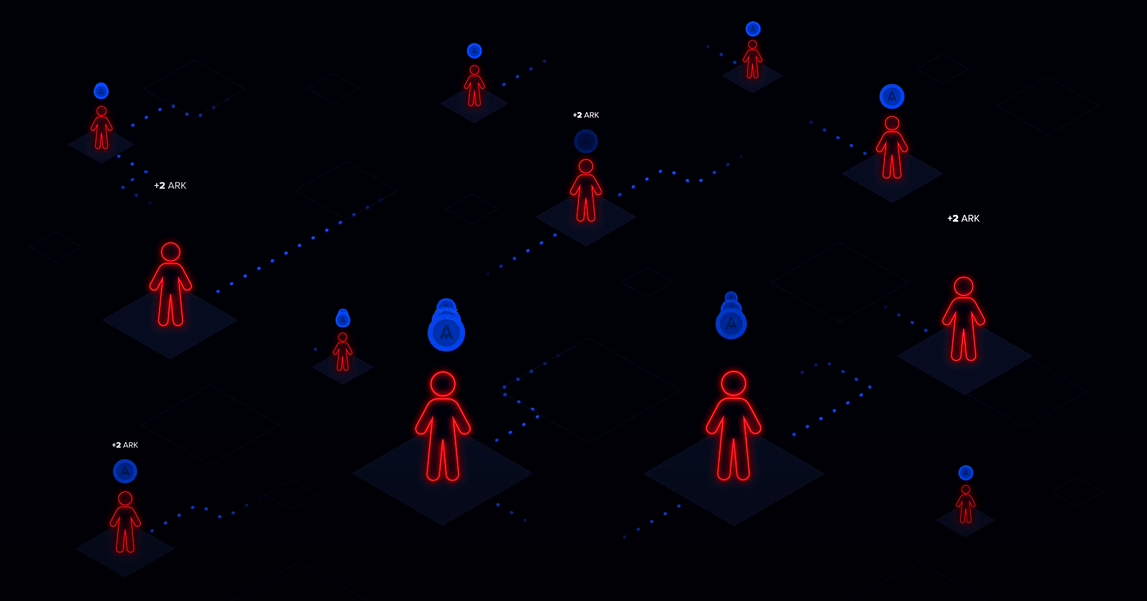 So, has DPoS saved the day, and is it time to roll credits? Not quite…we haven’t even gotten to the second act yet.

How much can we trust the system? Is a DPoS chain properly decentralized? Can the system be exploited? What if DPoS node operators go MIA or even rogue? Unfortunately, many high-profile DPoS projects have a history peppered with drama.

#‘Private Affairs, Sorry for That’

In June of 2018, a text conversation went public on Reddit showing that one of the Block Producers of the EOSIO Blockchain failed to attend important meetings and take steps to prevent a security issue. As a result, one of the wallets on EOSIO lost all of its funds. When challenged on why they appeared to be apathetic to the important meetings and issue, the BP simply came back with replies like ‘I have something else to do,’ and ‘I have some private affairs, sorry for that.’

The kicker here is that this Block Producer had access to $10,000 USD in rewards per day by the network and yet did not seem to take their responsibilities seriously. This resulted in a troublesome PR fiasco for the EOSIO Network, and by proxy, DPoS.

Events such as the EOSIO ‘private affairs’ incident are usually isolated and shouldn’t reflect on an entire network or protocol. However, there have been other issues on the protocol level with DPoS that caught the attention of DPoS naysayers.

Some Blockchains that run a DPoS consensus mechanism allow for a feature called ‘multivoting.’ This means that a single wallet user can use the same coins to assign voting power to multiple node operators at once.

As a side note, a common property of a DPoS network is that voting does not send any coins to the node operator. Instead, coin balances are used to represent voting power assignable to that node operator.

Whether accidental or not, this concept of multivoting, prevalent in multiple DPoS architectures, has caused the formation of what are known as ‘cartels.’ They are tight-knit groups of node operators who withhold voting rewards until certain conditions are met. Simply put? ‘Vote for all of us or get rewards from none of us.’

If cartels grow to a certain size, they become very difficult to remove by dissenting voters. This is especially true if a substantial amount of coins in circulation are already ‘in use,’ voting for the cartel.

Even if there is no active cartel in a network, lazy voters might simply vote for all currently active node operators, creating stagnancy in the list of active operators. This could make the network resistant to new ideas and progression. Active operators become an accidental cartel, and those operators on the sidelines have steeper and steeper hills to climb to get involved in governance.

Interestingly enough, addressing node operator cartels was front and center in the minds of the founders of ARK even back in 2016. To accomplish this, founders implemented a ‘1 ARK = 1 Vote’ approach in the architecture, preventing multivoting.

As a result, there have been no instances that I could find of ARK Validators banding together on the protocol level to cement their position as a group in the network. There has been no hostage-taking of votes on the ARK Public Network in the same way witnessed on other DPoS networks featuring multivoting.

We’re not out of the woods yet as we take a hard look at DPoS under the microscope. As the Blockchain and crypto industries progressed and Delegated Proof-of-Stake rose to popularity, an event transpired that forced everyone in the space to call everything into question.

The story has a lot of twists and turns, so let’s view it as a list of the key events: 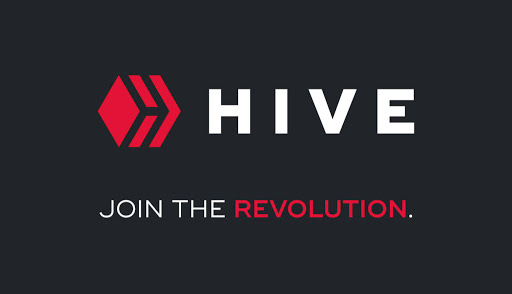 For more details and talking points on this story, listen to my podcast episode ‘Reacting to the Steemit Acquisition Story,’ featuring ARK.io President Ray Alvarez (then Strategic Partnerships Manager), and Founder of Compendia Dean van Dugteren (Compendia was called NOS at the time).

An interesting note I make in the podcast episode is that a similar takeover could occur on Proof-of-Work networks, if the entity involved were to acquire large mining farms until they retain majority hashrate. The key difference there is that the coin holders would have no real recourse. As we saw with the Steemit story, Witnesses and holders were able to speak with their collective voice directly through the DPoS protocol to respond and react.

#What Does It All Mean?

Delegated Proof-of-Stake presents itself with a healthy list of advantages:

Despite these benefits, node operator incidents, cartel formations, and the Steemit, Inc acquisition and subsequent fallout are stark reminders of what some of the trade-offs are when selecting Delegated Proof-of-Stake as a consensus mechanism.

Although things can go awry sometimes within a DPoS system, it doesn’t mean there isn’t a way to do it right and minimize the risks while capitalizing on the benefits simultaneously.

#How to Spot a Good DPoS Project

Here are a few things that I believe make up a good DPoS project:

Over 46% of all ARK in circulation is currently involved in voting. That number increases to over 56% when setting aside ARK business entity funds that don’t vote. 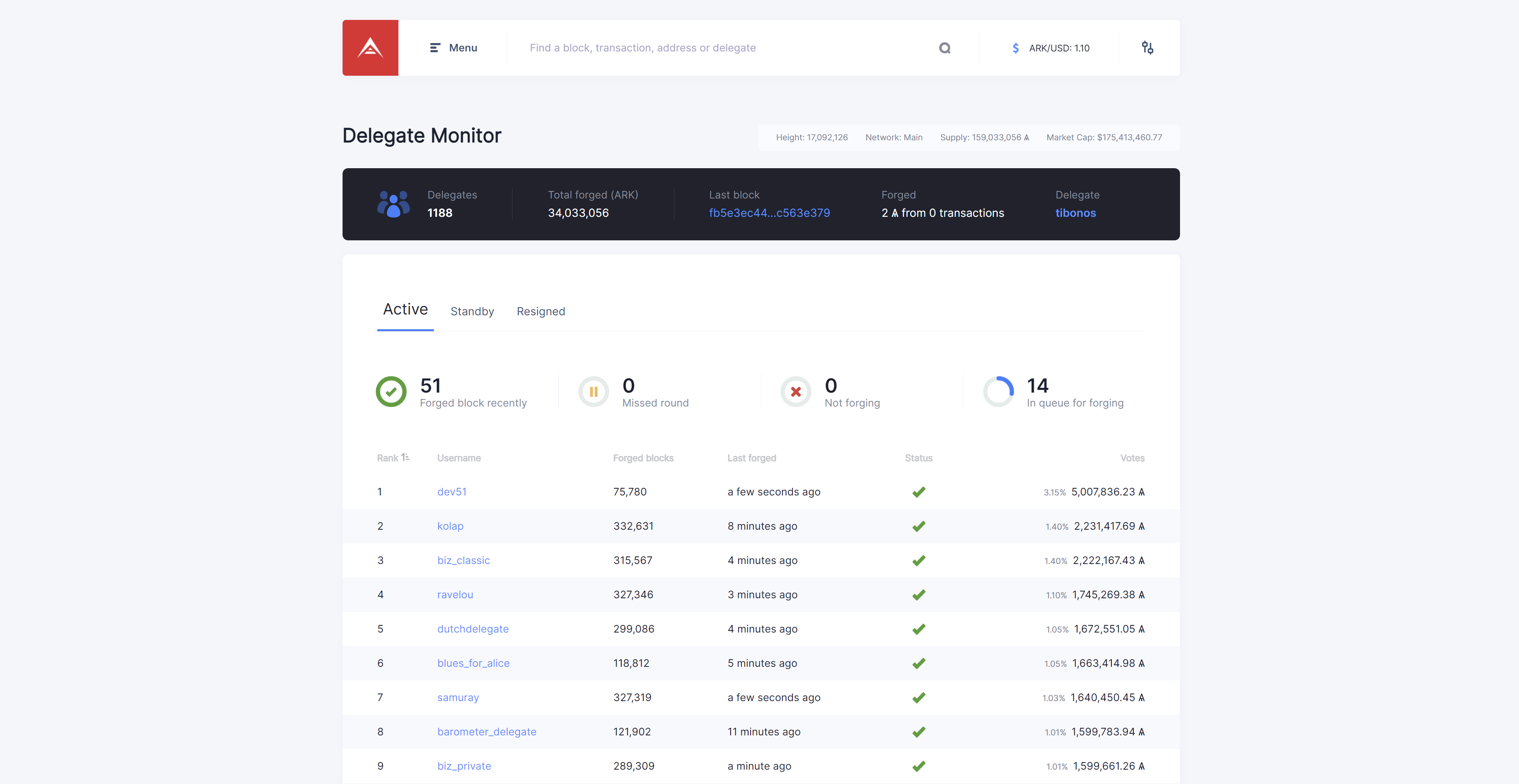 The ARK Explorer provides insights like these, updating in real-time.

Regarding turnover, I recall a case where an ARK Validator made a grave error leading to a potential security issue, and the community quickly detected it and voted the Validator out.

I also remember Validators who came to the ecosystem with great ideas for community services and were voted in same day. ARK has a very active voting community, and the ecosystem is welcoming to new people that want to improve it.

ARK has a ‘1 ARK = 1 Vote’ mechanism and no multivoting. This stunts any future cartels from gaining an unfair advantage. It’s actually one of the founding principles of the ARK DPoS consensus mechanism.

The Foundations/Organizations of good DPoS projects have reasonably-sized coin holdings compared to the overall circulating supply. They actively seek out productive ways to disperse their coins to the community, lowering centralization risk.

Currently, the ARK business entity possesses around 17% of the total circulating supply of ARK coins. The team actually aimed for this number to be even lower, but the ARK business entity inadvertently inherited extra ARK coins after the Token Exchange Campaign in 2016 (fewer coins than expected were exchanged). ARK disburses these funds to the community in various ways, minimizing centralization risk: 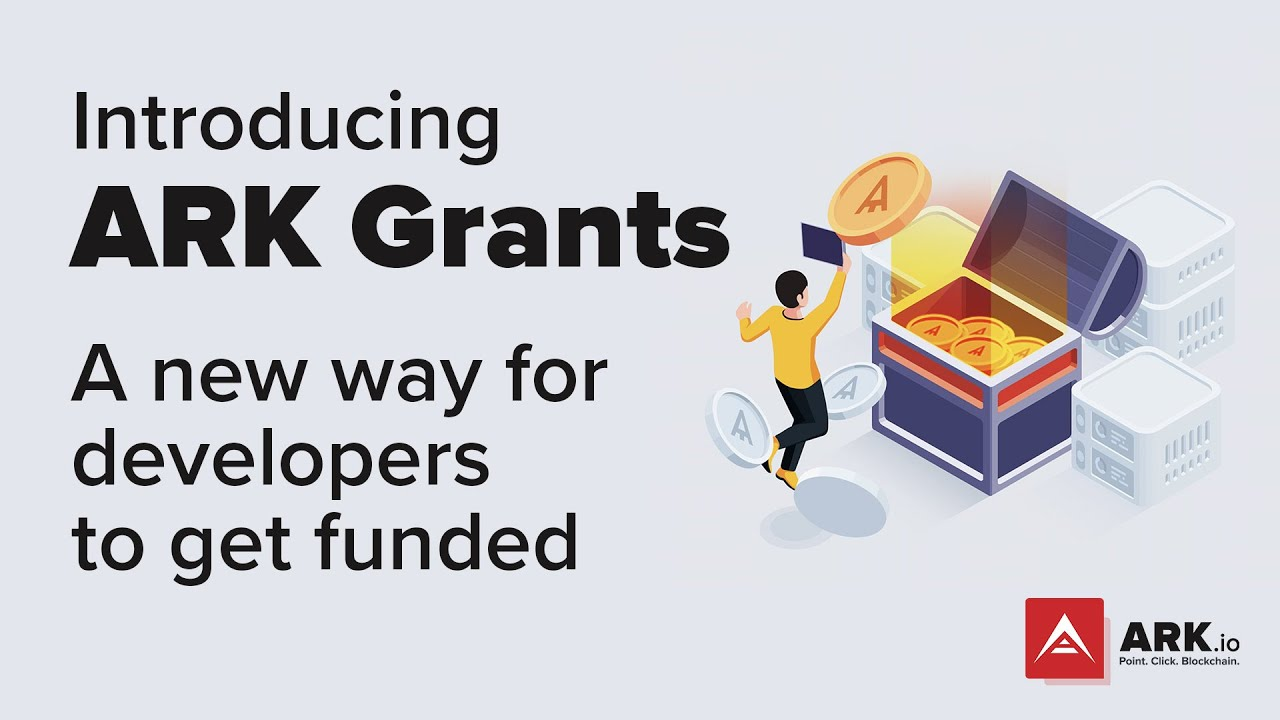 Watch this video to learn more about ARK Grants

Among others, there are additional ways the ARK business entity reduces its ARK holdings:

Needless to say, if any Proof-of-Stake project, delegated or not, launches with too many funds reserved for the team (numbers approaching 50%), that is ‘no bueno.’ 17% is okay, but it could be even lower if you get involved with the ecosystem and earn ARK in the process!

Join the ARK Discord to speak directly with the team about our ARK inititiatives.

As Dean van Dugteren points out in the podcast episode , Proof-of-Work is driven by pure math and energy, but DPoS adds a human element which can be a wildcard. With the huge array of various DPoS projects out there, we are fortunate enough to see which DPoS-related ideas are working, and which should be retired.

I continue to support the concept of DPoS because it gives me, a small coin holder, a voice in the network in a way Bitcoin simply can’t. You can learn more about ARK Validators and the services they provide on ARKDelegates.live and of course, MarketSquare! Thanks for reading and feel free to share this article.

Justin is the Senior Brand Manager for ARK.io and holds Bitcoin as well as ARK coins. When not creating awesome videos and content, Justin can often be found in the metaverse or checking out the latest crypto projects.
Tags:
governance
ARK
DPOS
Share:
More from MarketSquare
View all