DeadHeads, NFTs of the Living Dead! 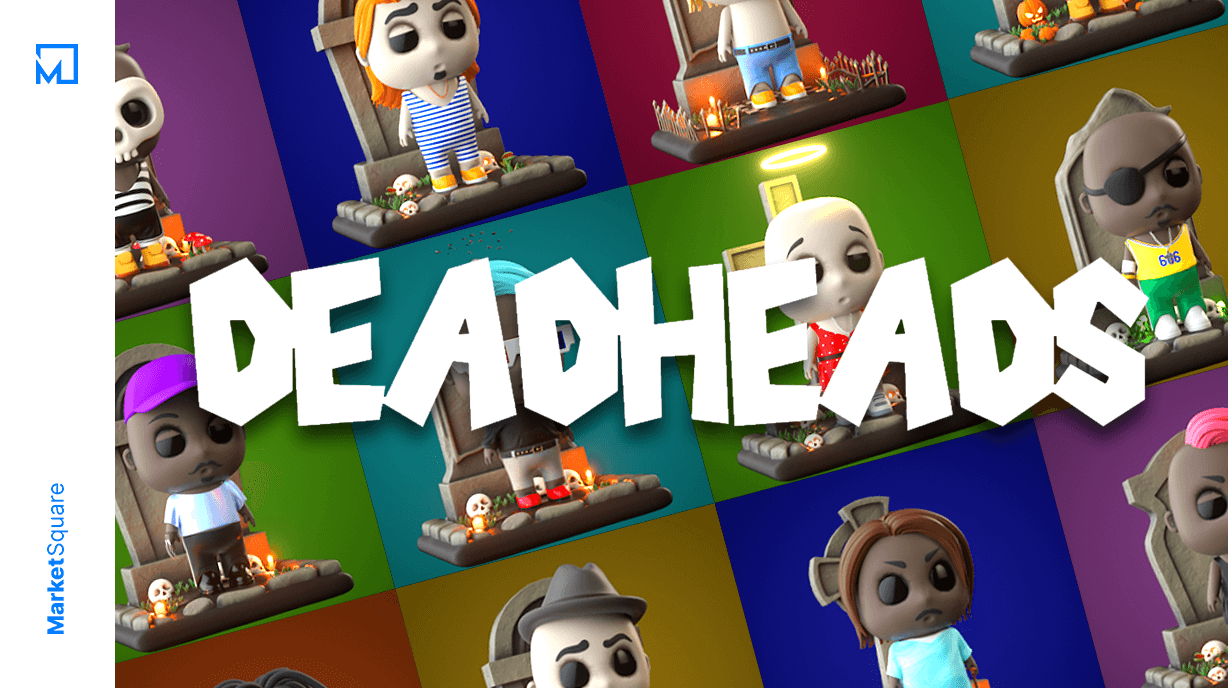 We’re nearing the end of our Discovery of the Day Halloween Week, but that doesn’t mean we’re letting up on the scares or the amazing projects! MarketSquare is the home of all things decentralized and Blockchain related. From Monday to Friday we bring you all our top picks for NFTs, DeFi protocols and Blockchain games. Today we present…DeadHeads!

#Gone But Not Forgotten…

Wake up! We need to leave right now! Something’s in this cabin with us and we can’t waste any time! Hurry now…don’t look at it, whatever you do! Keep your head down and keep moving. That’s it, eyes shut now!

Well, I must say…that was a close shave weary traveler! Unfortunately we’re now out here in the dark forest a ways from our Manor…and we’re about to arrive at a sacred burial ground. Oh my! As it seems, we’re already here! Now I must warn you, the little beasts that inhabit this site may seem harmless, but they’ve quite the attitude…and I’m quite sure some of them bite.

What unholy abomination throws the horns from beyond the grave!?

So let me tell you a little bit about DeadHeads , a creative project bringing a spark of innovation to the NFT space. In short, DeadHeads is the first-ever multimedia brand that gives verifiable ownership of its IP to its fan base via NFTs. The DeadHeads is a collection of 10,000 unique 3D animated collectibles featuring resurrected corpses at different levels of decomposition. There’s a lot to dissect when it comes to DeadHeads, so prepare yourself!

When you own a DeadHead, it comes with many perks including the ability to make and sell your own DeadHead merchandise and sub-license the rights to your NFT—in essence, you own a piece of the brand. Having true ownership is at the heart of DeadHeads, and that’s something I personally appreciate dear traveler… 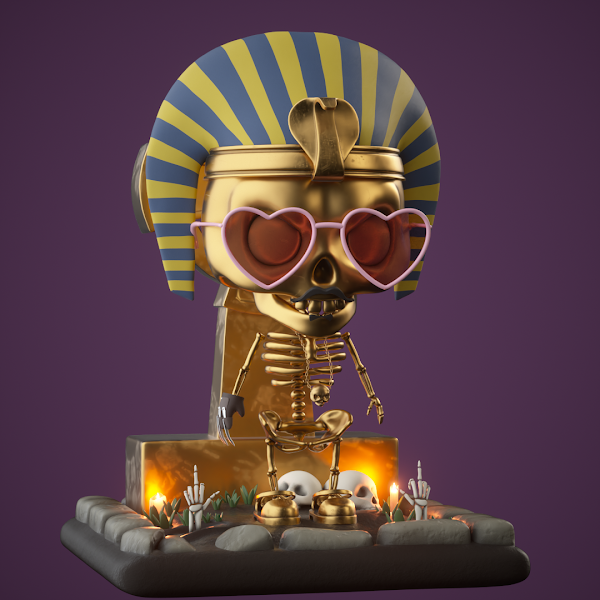 Think this little guy might be a fan of Nile?

DeadHeads plans on producing its own animated series. Now that really is quite impressive! Collectors of DeadHeads will help shape the series by providing their input and thereby determining the vision of the series. This is NFT history in the making! You can watch the first episode of DeadHeads right here . An intriguing component of DeadHeads’ approach is the fact that they want to extend their content into traditional media platforms such as Netflix and Amazon while holders retain ownership of their characters in a fully decentralized model.

DeadHeads is the result of some significant efforts by thought leaders and top developers in the NFT space. The main culprit behind this fiendish collection goes by the moniker PAWSY . Curious! 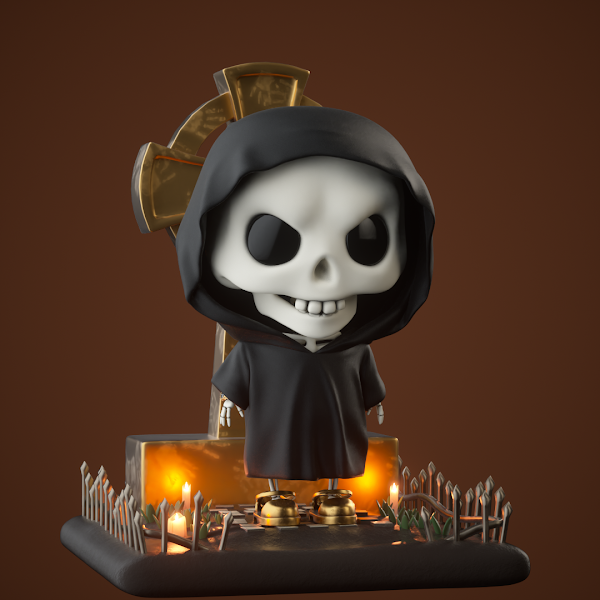 The Green Room is a piece of technology developed by the DeadHead team that allows people to collect rare assets from the animated series. So how does it work, you ask? After every episode of the animated series, the ‘Green Room’ will open up, revealing limited edition items available for enthusiasts to collect. In other words, it’s a viable method for collectors to gather pieces of history from the show! Fantastic! I’m sold! I can’t say I’ve ever heard of something quite as unique as this before. 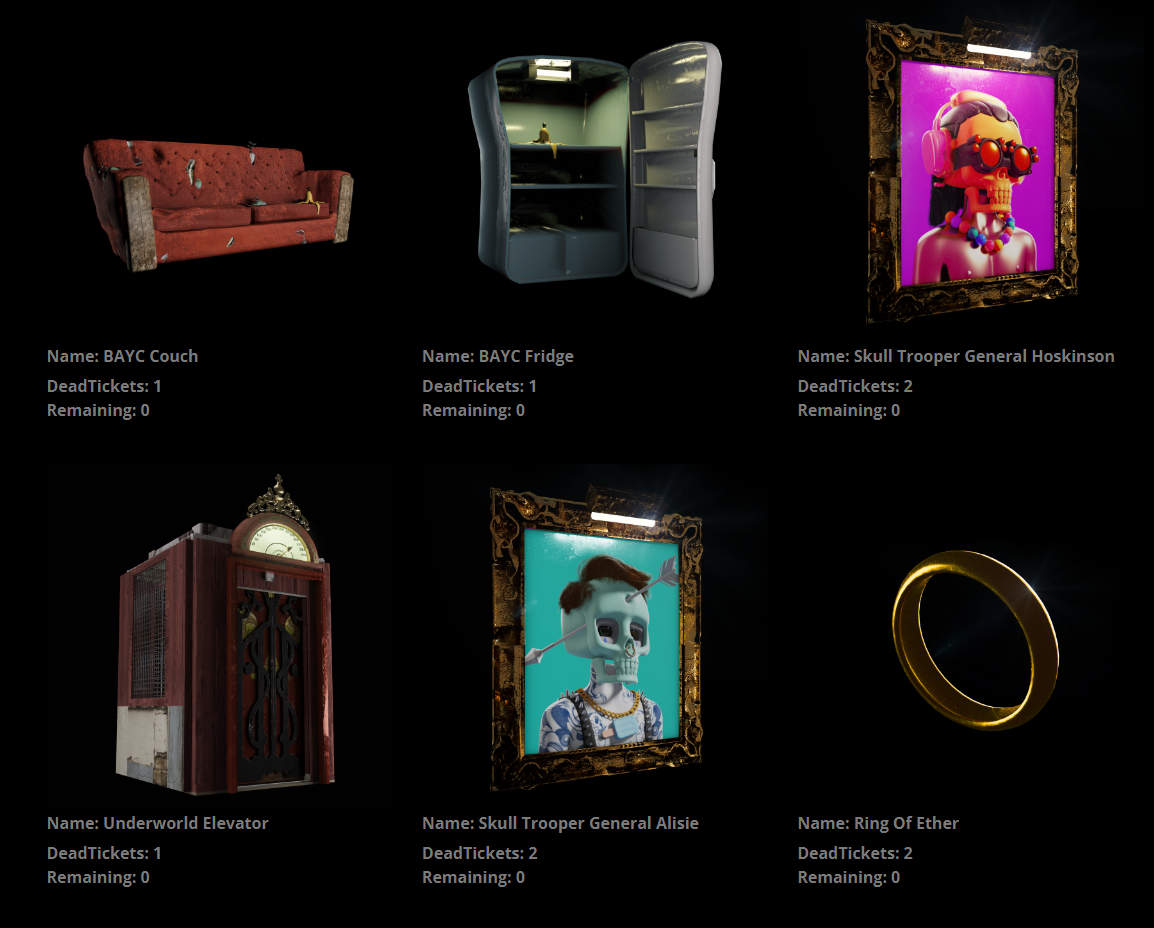 #The Road to Hell is Paved with…Awesome Stuff!

Don’t worry, weary traveler! The DeadHeads have much planned for you and their fans! The DeadHeads Roadmap 2.0 includes many wondrous features such as (spooky drum roll): 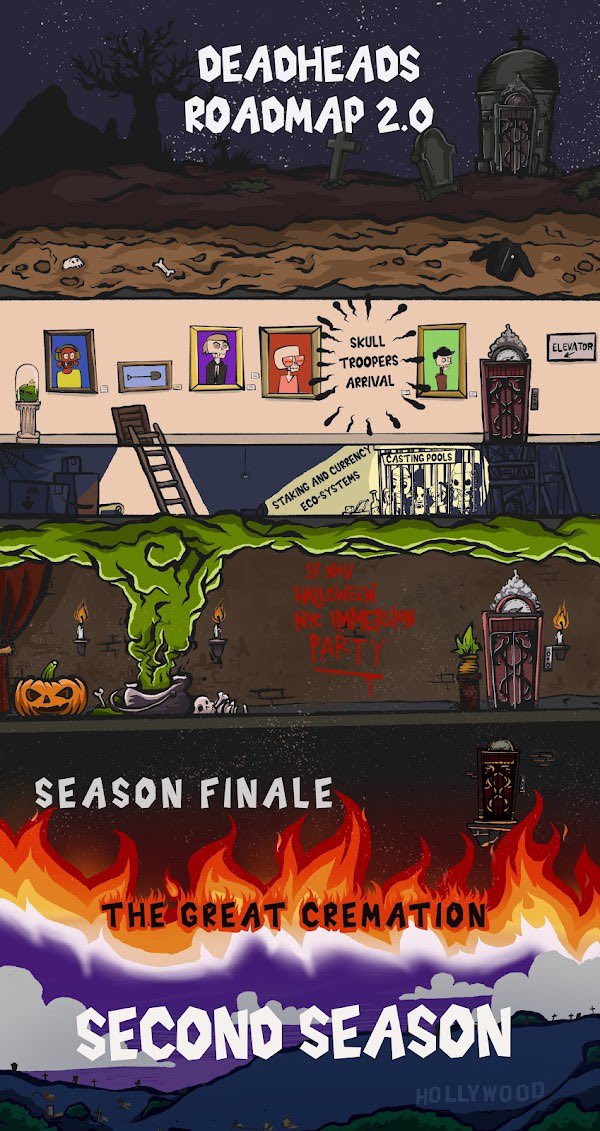 Here’s a sneak peek at the upcoming Skull Troopers Drop taking placed on November 2nd 2021. All funds received through this initiative will go towards the production of a Hollywood feature film! Spectacular! 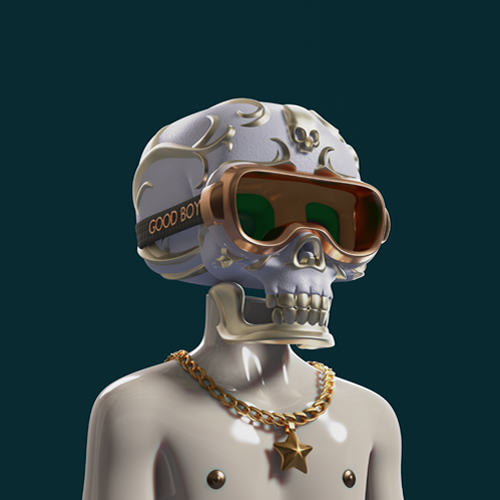 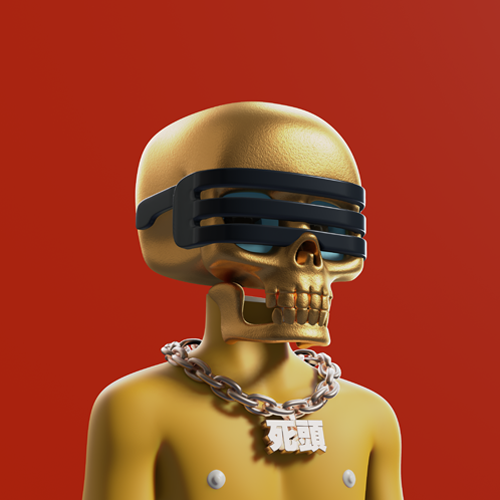 The DeadHeads collection is sold out, but you can still grab yourself one (or more) of these spooky d00dz over on the project’s OpenSea page. Check out some cursory stats below!

And with that dear traveler, the ritual is complete! All of the DeadHeads have been resurrected and walk the Earth. Now follow me, we need to venture to our final destination. You want to know what it is? I’m afraid I cannot tell you just yet…for now, I implore you to keep tabs on our friends by following DeadHeads on Twitter and joining their Discord . Can you imagine what those creatures will get up to if we don’t monitor them closely? Perish the thought!

The night is cold, weary traveler, and these past few days have been trying on you. I’m impressed you’ve retained your sanity. Stay close and don’t wait for the sun to rise as we are in a place where it simply doesn’t. I’m sure you’re confused, but all will be revealed soon enough. Until then, don’t stray off the path…I’d hate to lose you when we’re so close to this Halloween journey’s end…