Greetings all! It’s time for our Discovery of the Day! MarketSquare recently went into its Open Beta, meaning you can now sign up for a profile and explore the site virtually unrestricted. From Monday to Friday, we bring you some of our top picks from across the world of Blockchain—DeFi protocols, NFT projects, Blockchain games, and more can be found right here on MarketSquare! So what’s on the menu today? Is it Hardly Hares? Scarcely Scarecrows? Nope, it’s Barely Bears!

#Just Grin and Bear It

Bears—they’re not exactly a favorite among serious crypto enthusiasts, and for good reason. Having said this, they’re still pretty impressive (and dangerous) creatures. Now the vast majority of bears are found in about 60 countries, most of which are in the Northern Hemisphere and confined to North America, Europe, and Asia. There are Brown Bears, Kodiak Bears, Black Bears, Spectacled Bears, Sun Bears, Panda Bears, and even Polar Bears. They are extremely powerful creatures which, if not given the proper respect and caution, can be a major hazard to anyone who encounters them.

Of course, bears are also featured in many stories and are very much a part of Popular Culture. From Rupert to Paddington and Winnie the Pooh to The Berenstain Bears, humans have anthropomorphized and romanticized these rather territorial creatures into relatable companions that doubtlessly occupy special places in many people’s childhood memories. And naturally, there are teddy bears of all shapes and sizes that make people from all walks of life feel a sense of comfort and familiarity. 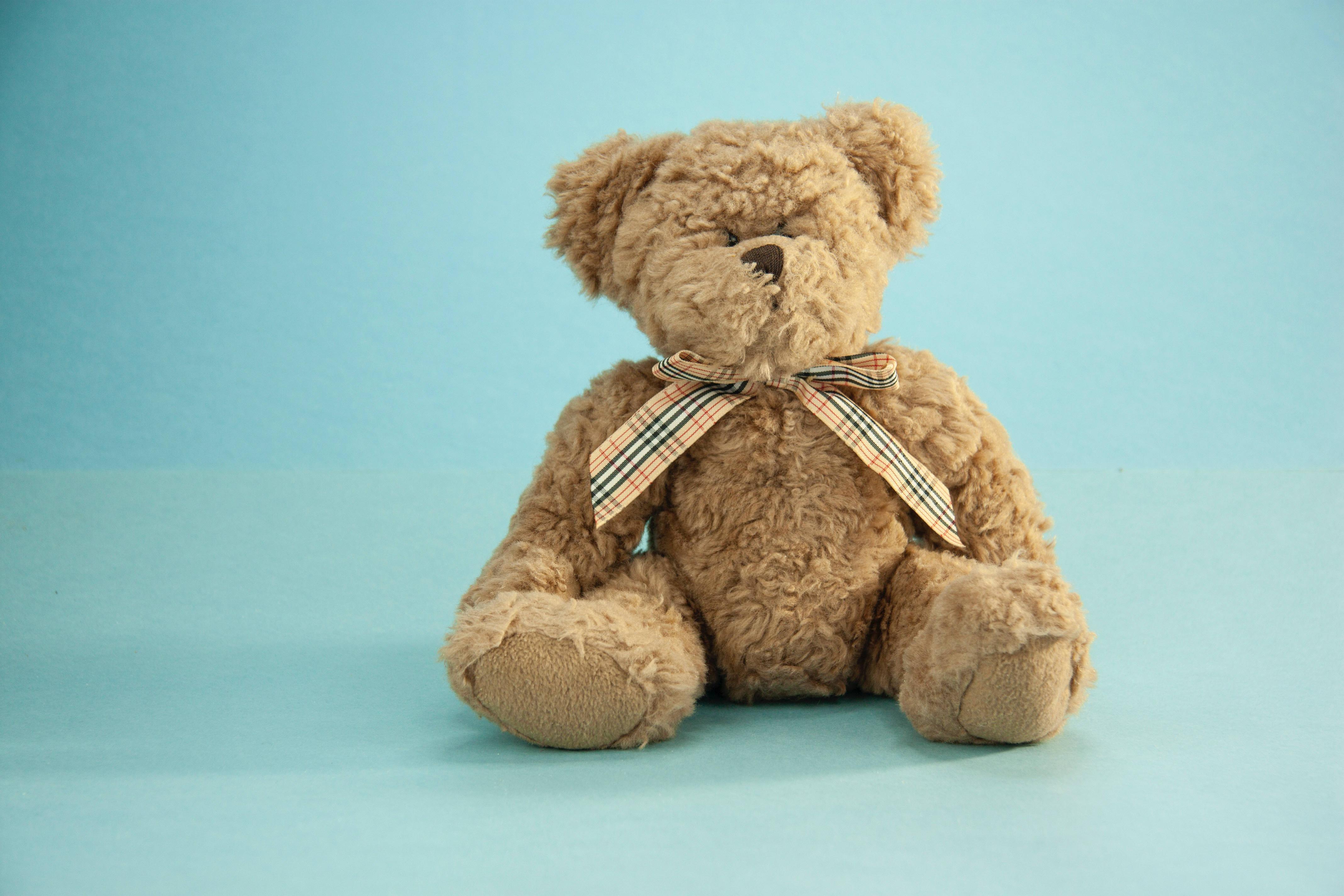 It’s not the first time we’ve mentioned bears here on MarketSquare, and no, we aren’t talking about the kind that FUD the market. While there are several NFT projects using bears as their signature animal, only a select few measure up to what today’s Discovery of the Day has to offer. So without further delay, let’s get to it!

#Smarter Than the Average Bear

Barely Bears is a multi-part series of hand-drawn NFT Ursidae on the Ethereum Blockchain that are paws-itively loaded with personality and hilarious cultural references. And as you’ll soon see, there’s plenty to love about this project purely based on looks alone. I’m pretty sure you’ll find a piece that speaks to you.

Made up of an international team with members in the UK and Israel, Barely Bears focuses intensely on organic growth and community empowerment—the polar opposite of what you tend to see in a lot of projects out there. One of the most deceptively simple ways in which users are given control is via airdropped referral coins to Genesis ‘OG’ collection holders, which effectively represents spots on the 10K mint-list, something I’m not sure I’ve ever seen before.

These referral coins can be sent to your friend, your grandma, your favorite NFT influencer; you can run your own Twitter/Reddit/Insta giveaway; they can be sold on the secondary market; they can be burned; or they can be used to mint additional bears from the 10K collection. Now that’s what I call utility!

The Barely Bears Genesis ‘OG’ collection is comprised of 111 NFTs featuring unique 1/1s and a series of special and holiday-themed airdrops. I hate to be the bearer (ba-dum-tss!) of bad news, but we’re currently on Bear #108. Yup, the Genesis collection is nearly complete! The good news is that it’s not too late to take part in the many contests and giveaways for the remaining Bears. It also means the 10K collection will be launching sooner rather than later, so that’s definitely a plus! 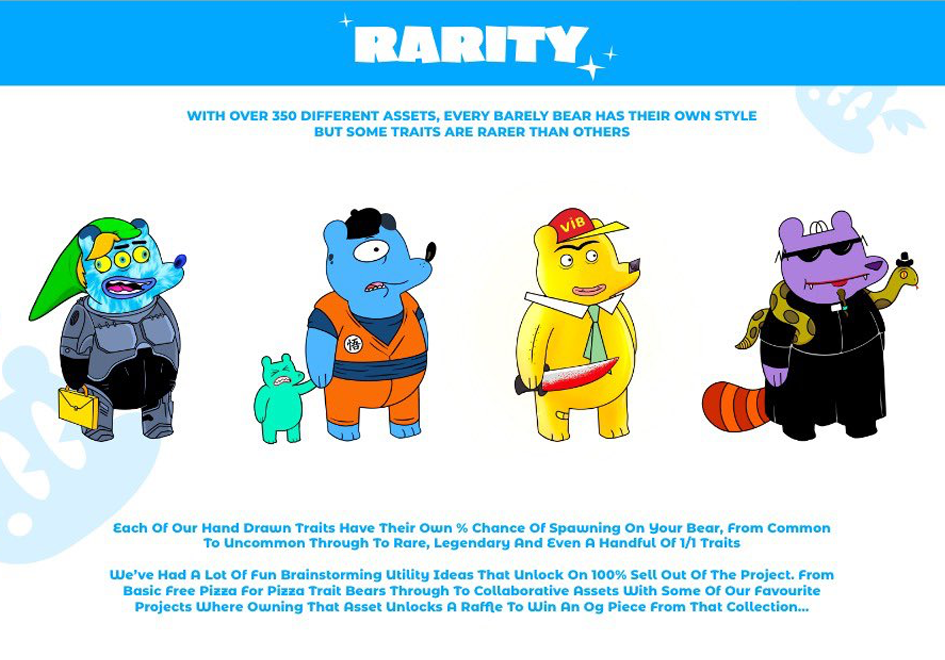 Rarity—it’s all about the bear necessities

The much anticipated 10K collection launches this month (soon™️) and features over 400 hand-drawn traits. All Genesis 1/1 and airdropped Bears holders will be among the first to mint from the 10K collection and are allowed two mints, with 1/1 Genesis holders also being granted one free (+gas) mint. The mint price will be 0.05 ETH plus gas with holders receiving full IP rights. As for the public sale, a limit of 10 mints per wallet will be put into effect.

The 10K collection mint will be divided into three separate sales to avoid gas wars and will take place as follows:

That’s right, Dorothy! These Bears don’t sleep when it comes to utility; all Bears holders receive a number of exciting benefits. While still under development, Phase III offers a lot to look forward to and builds heavily off the prior Genesis and 10K collections.

If you hold either two 10K Bears or one 10K Bear plus one Genesis Bear, you’ll be given access to breeding cards that will allow you to breed your very own bears. There are also plans to offer tokenomics mechanisms that let you passively earn tokens that can be redeemed for breeding cards and will provide further utility down the road.

And that’s not all, folks! There are even plans to extend staking and DAO functionality that will allow Bears holders to participate in project governance. Now that’s what I call high koala-ty community offerings! 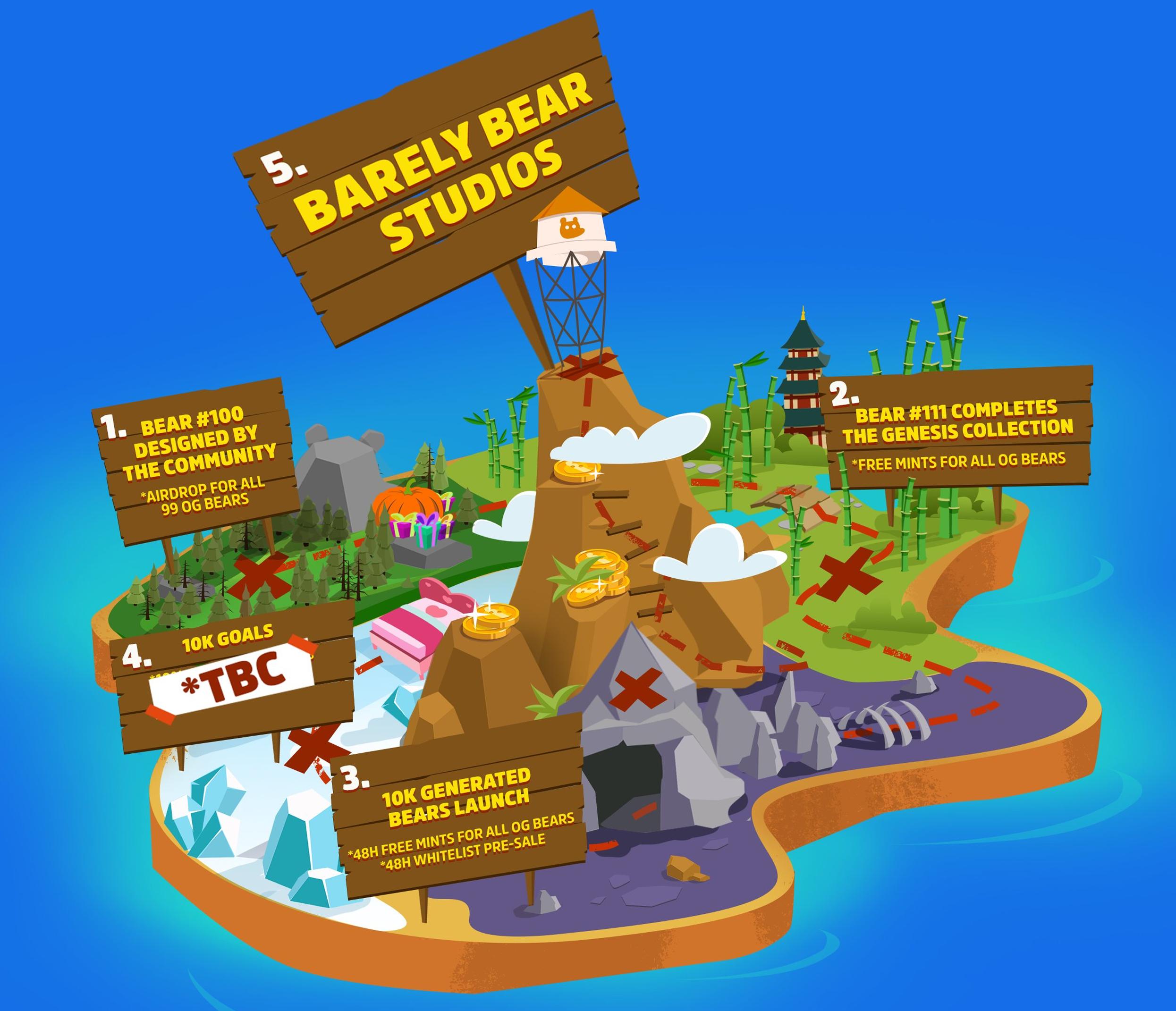 Bearly Bears on the YungShow : 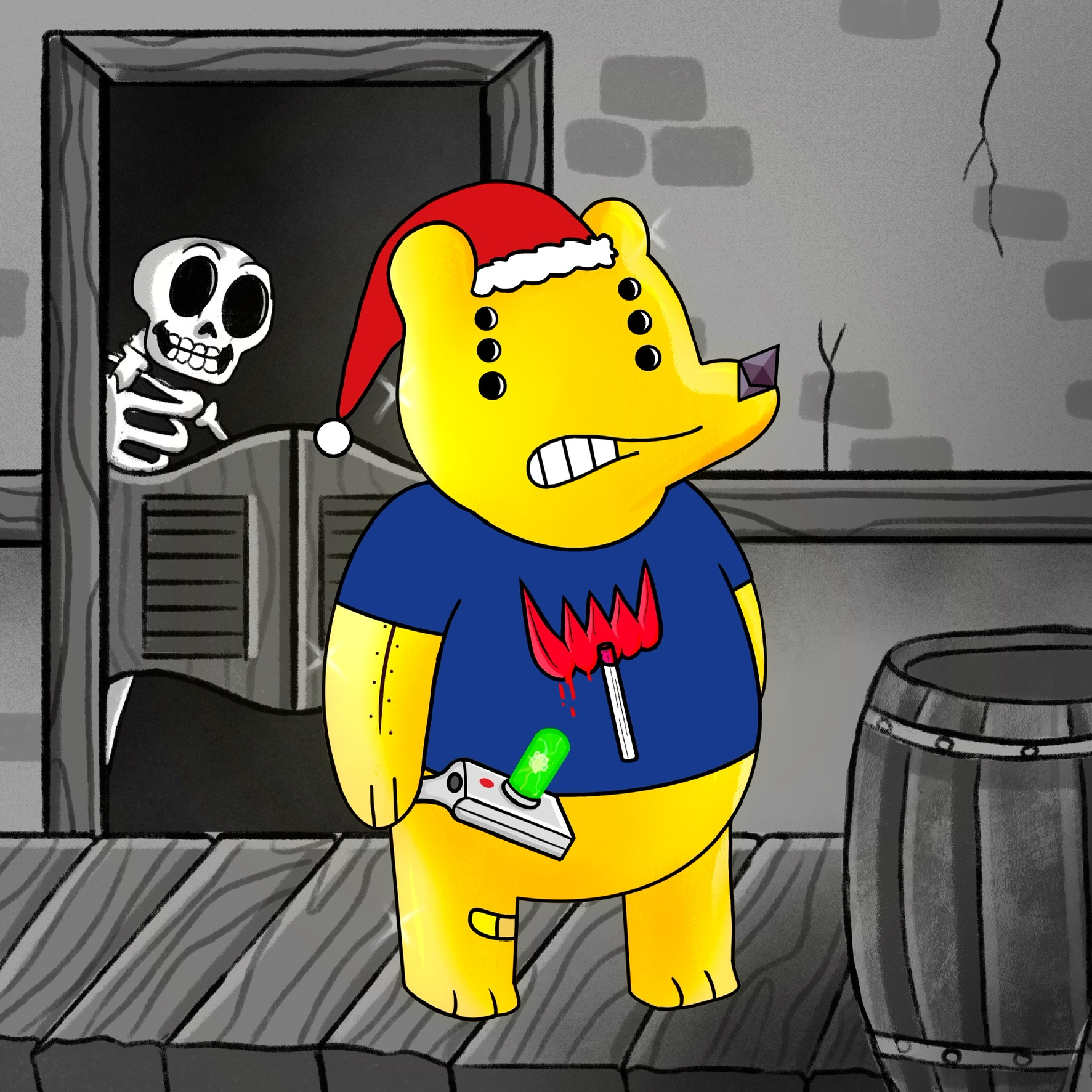 Before we part ways, check the OpenSea pages listed below to browse the current collection in its entirety. As stated earlier, the Genesis collection is drawing to a close, but that doesn’t mean there’s no time left to get on board the Bears project via the secondary market.

That just about does it for today’s discovery. Barely Bears is a fun project with lots planned, plenty of surprises in store, and a great team that knows how to grow a strong community. I’m personally excited to see the 10K collection, and I’m confident this won’t be the last time we here at MarketSquare cover this impressive and ambitious project.

Barely Bears launches on January 3rd, 2022. Be sure to follow them on Twitter and join their Discord to chat with the team, hear the latest updates, and take part in community contests and giveaways. And don’t forget to sign up for MarketSquare: The New Homepage for the Decentralized Web (now in open beta: https://marketsquare.io). 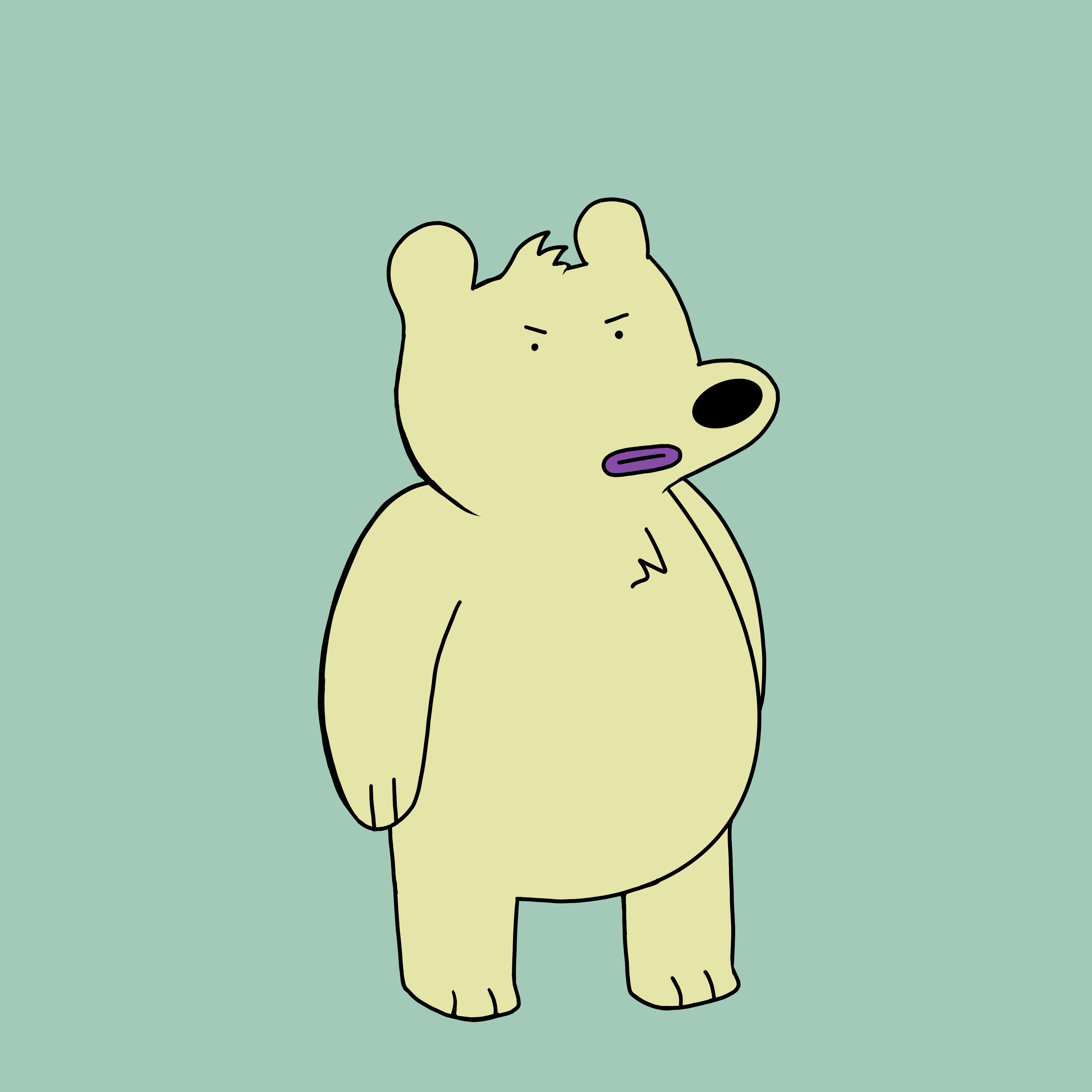 LinkedIn
Simon is a developer and writer for ARK.io. When he isn't busy programming microcontrollers, documenting Blockchain software, and saving the world from centralization, he enjoys creating music and exploring the latest technological trends.
Tags:
NFTs
PFP
Discovery of the Day
Share:
More from MarketSquare
View all

29 Dec 2021
Into the Metaverse - The Sandbox, Decentraland & Solice 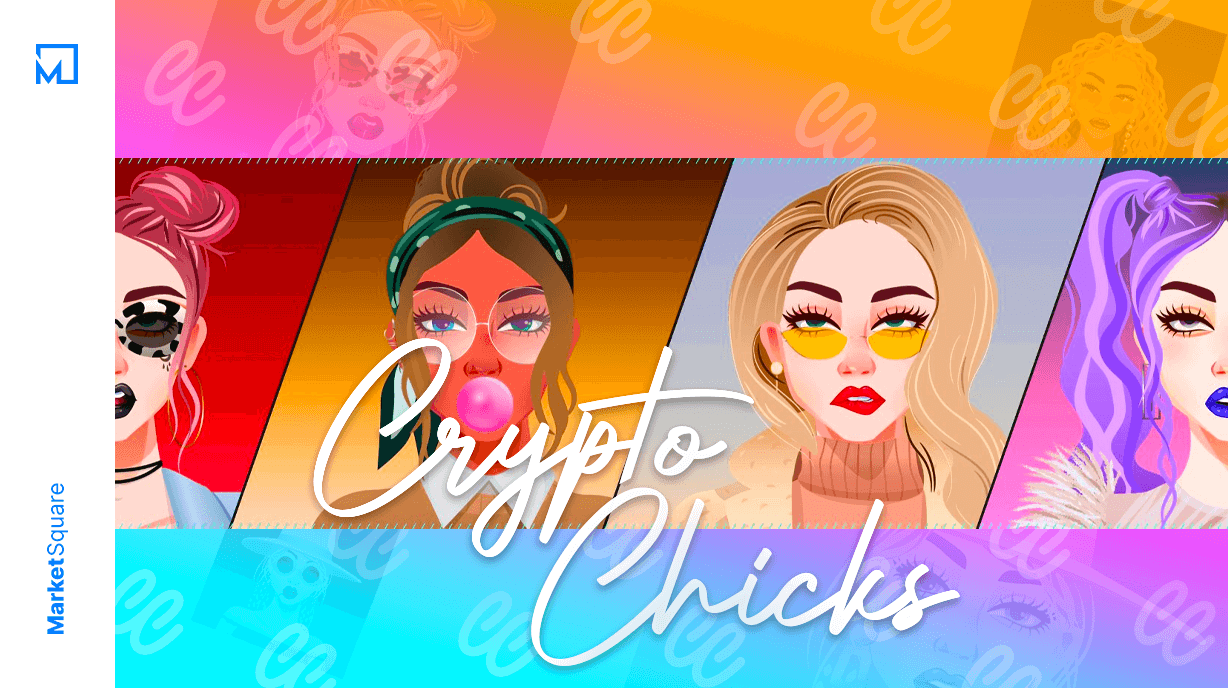