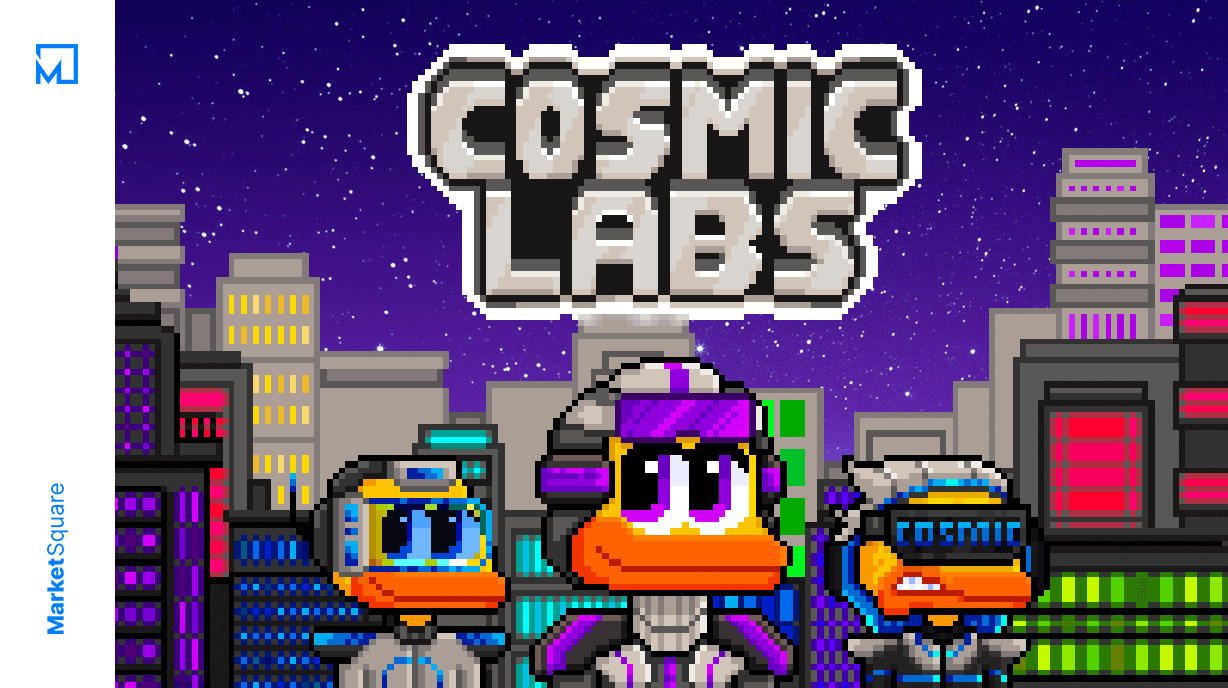 Greetings intrepid Blockchain fans! How’s it going? You know what time it is…that’s right, it’s another killer Discovery of the Day! MarketSquare just moved into its Open Beta, meaning you can sign up for a profile and start exploring all the site has to offer right now! From Monday to Friday we bring you some of the best projects from across the cryptosphere. Whethere it’s NFTs, DeFi or Blockchain games, you’ll find it all right here! Today we take a quack, I mean quick gander (haha) at a project known as…Cosmic Labs!

Fruit flies, apes, dogs, tortoises, frogs, spiders, fish, tardigrades (water bears) and nematodes. No, I’m not talking about NFT projects. These are just some of the living animals and organisms that have been in (and survived) outer space. Well I mean, not actually in outer space without a craft or suit, but…you get the idea. The first animal to orbit the Earth was a little dog named Laika, a part-Samoyed terrier found as a stray in Moscow in the then Soviet Union. Vladimir Yazdovsky, head of the Soviet space mission, said that Laika was ‘quiet and charming.’ 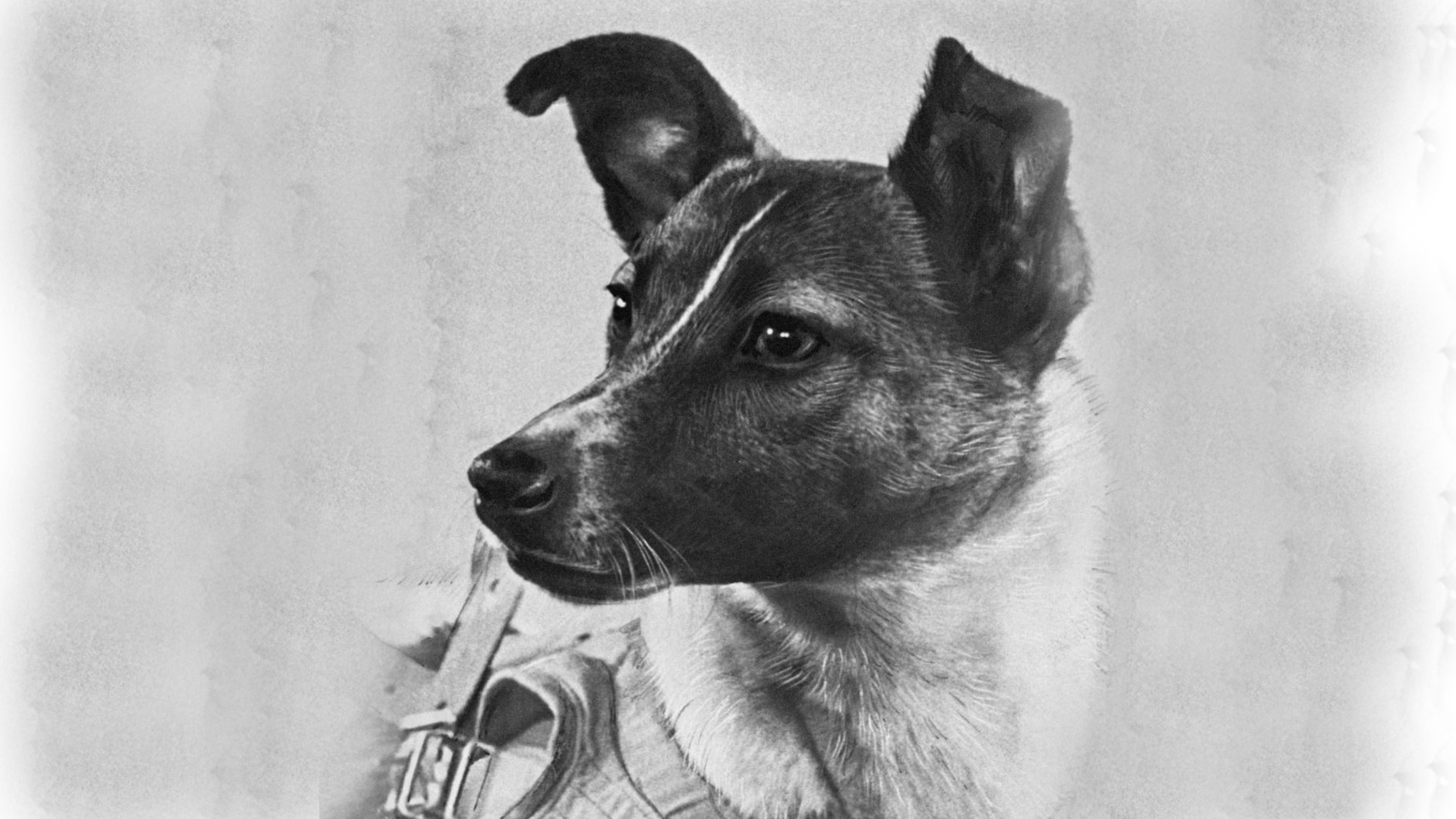 Other animals followed in Laika’s famous paw prints, arguably the most notable of which was Ham, a chimpanzee who, on January 31st 1961, flew a suborbital flight on the Mercury-Redstone 2 mission, part of the US space program’s Project Mercury. Now one kind of animal I don’t see part of the list, or anywhere in the records for that matter, is ducks. Of course there’s Duck Dodgers in the twenty-fourth-and-a-half Century, but in terms of actual, quacking, swimming ducks. Well…nothing. 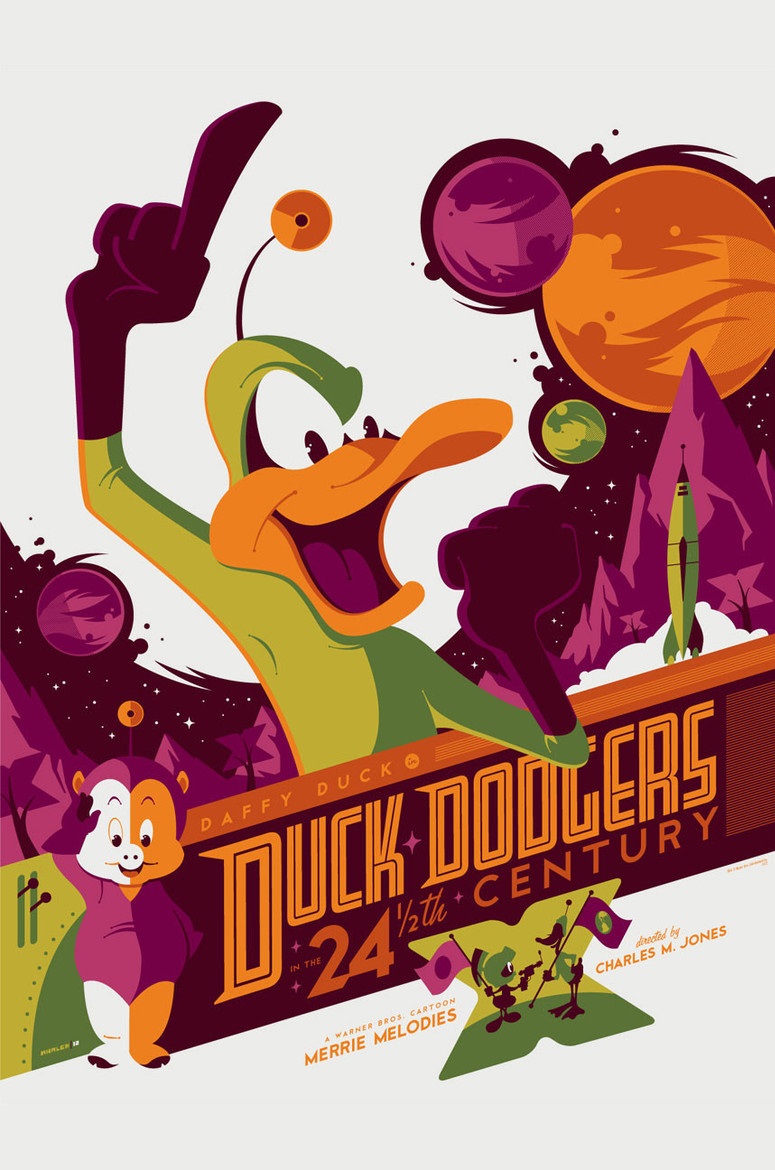 #Quacking Across the Cosmos

In the far-off galaxies of Lux and Omnia live some hi-tech, super sweet ducks specially designed by Cosmic Labs. So how exactly do these ducks survive in such an inhospitable part of space? Well, some say it’s ultra efficient spacecraft while others claims its specialized duck suits. Whatever the case, one thing is for certain: these ducks are totally awesome and expertly designed by a clearly talented artist!

Cosmic Labs is an NFT brand working to build a series of NFT collections that will live in the Metaverse. Each NFT collection will experience a halving in supply, meaning they will become scarcer, and therefore rarer, as they release.

Cosmic Labs is overseen by a team of extremely skilled individuals ready to take on the many challenges of the NFT space and ensure that Cosmic Labs is a highly sustainable and viable project for many years to come. The creator of these delightful ducks is Meaghan Doherty.

As an added benefit, every Cosmic NFT will produce $Cosmic tokens every single day. $Cosmic serves as a utility token that fuels the Cosmic Ecosystem. Genesis Ducks will earn 280 Tokens on initial mint and 20 tokens each day they are staked. Similarly, Cosmic Ducks produce 5 $Cosmic Tokens per day which can then be redeemed in the Cosmic Ecosystem.

Now without further ado, let’s take a gander at these charming duckies! 🦆 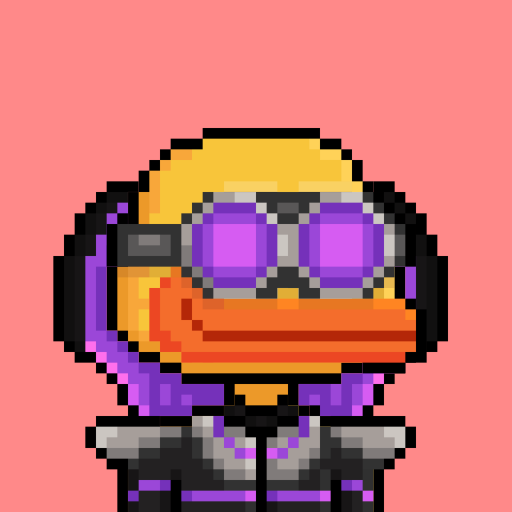 Cosmic Labs has an exciting journey ahead of them (on a side note, their Roadmap looks super awesome). The team has many items included such as Breeding, Merchandise, Sandbox Land, Future Collections and more. Check out the full Roadmap below! 👇

That’s not all though. If you want to find out more details regarding exactly what Cosmic Labs has in store, then check out their Roadmap page on their official website.

You can also check out this really helpful FAQ provided by Cosmic Labs themselves:

The Cosmic Genesis and Cosmic Ducks collections are sold out, but you can still get yourself one or more of these utterly adorable Ducks over on the Cosmic Labs OpenSea page. And now for some stats…

I don’t know about you, but looking at the way this project works and the amount of care put into all the details, I’m certain that Cosmic Labs is a totally legit project. For this reason, I highly recommend you follow them on Twitter and join their Discord so that you can keep up to date with all the latest details and collections being released by Cosmic Labs!

And that brings us to the conclusion of yet another totally epic MarketSquare Discovery of the Day. If you don’t have a profile yet, make sure you sign up for one so that you never miss a beat. And don’t forget to tell all your friends and family to sign up too! Thanks for joining me today…see you next time Blockchain fans!

Reece is a video editor and Blockchain Games researcher at MarketSquare.io. He moonlights as a twitch streamer and can often be found slaying wither skeletons in Minecraft when not hunting for the latest NFTs.
Tags:
NFTs
Discovery of the Day
Collectibles
Share:
More from MarketSquare
View all