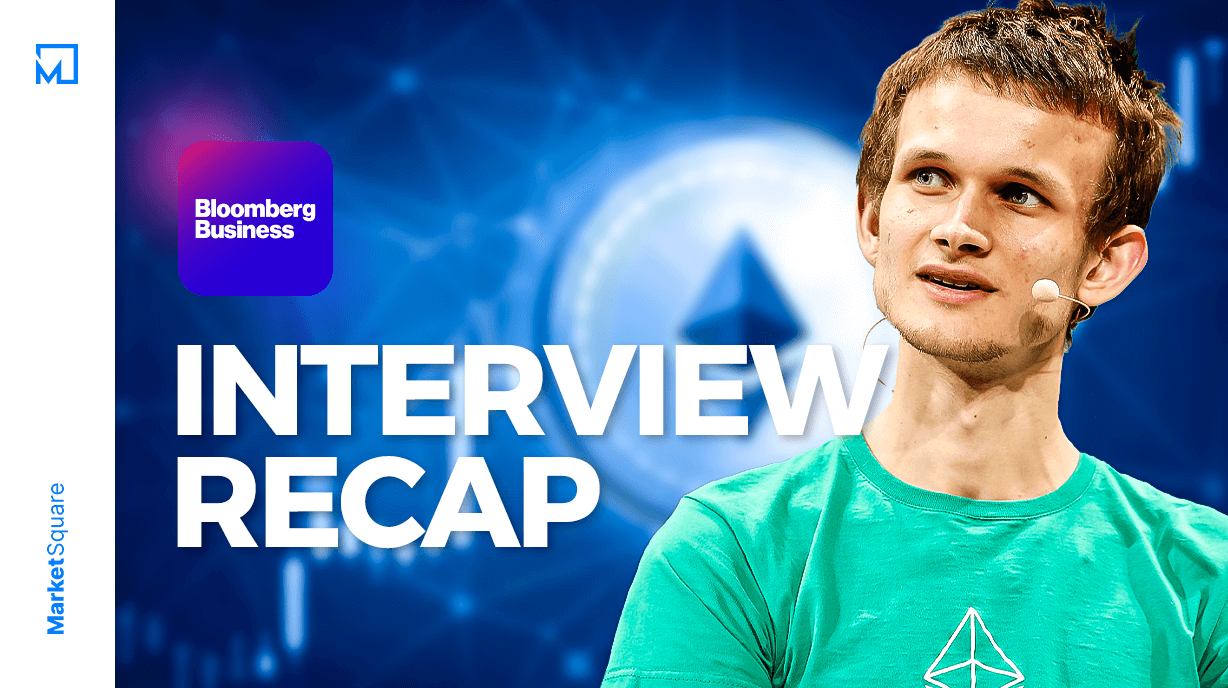 Bloomberg’s Emily Chang recently sat down with Ethereum co-founder Vitalik Buterin to discuss the origins, philosophy, challenges, and future of Ethereum and how established entities like Facebook, Twitter, Google, and even PoW Mining are becoming obsolete.

When I first heard about this interview, it was, like many of us, in the form of click-baity headlines all but proclaiming ‘shots fired.’ You’d be forgiven to have imagined a self-righteous Vitalik on the warpath, frothing at the mouth, seething with narcissistic contempt for Dorsey, Zuckerberg, and the mortal realm, brazenly declaring victory over lesser protocols, and mocking anyone not using Ethereum…

But that’s not how things went down. Sorry to disappoint. This was, in fact, a pretty solid interview. Bloomberg’s Emily Chang was on-point as usual, and Vitalik offered insight into what spurred his love of decentralized technologies like Bitcoin, as well as good points about why people like Dorsey or Zuckerberg will face uphill battles, no matter how well-intentioned.

Continue reading for a breakdown of the interview. You can also find a link to the video at the bottom of this article.

Q: We’re going to talk about Ethereum, but I want to start first with how you got here. You were born in Russia, you emigrated to Canada with your parents when you were just six years old, and you started learning about Bitcoin from your father. What is it about Bitcoin that hooked you both?

A: Bitcoin is really interesting because of how interdisciplinary it is. I was very interested in math, and computer programming, and cryptography, and technology. I was also very interested in economics, and politics, and philosophy, and Bitcoin just happens to be this interesting fusion of all of these things, and at the same time…it’s not just a piece of code that’s there for fun. It’s not even just an app, it’s something that’s really intended to have a very big and meaningful impact on how the world works, and so I think just having both of those aspects together definitely made Bitcoin very interesting to both me and my dad.

Q: As I understand it, you didn’t have enough money to mine, so you wrote about it instead, and in 2013 you wrote the original whitepaper that became the basis for Ethereum. What was it that sparked that original vision?

A: So, I joined the Bitcoin space in early 2011, and I wrote the Ethereum Whitepaper at the end of 2013. That was the time when things first blew up, and it was clear that this was something that’s significant…I remember going to the Bitcoin Conference in San Jose, which had about a thousand people in it, and that was when I realized that like, hey, this isn’t just a bunch of weirdos who exist on the internet, like, this is real. There’s people trying to actually do things, there’s people building businesses…a lot of which are actually pretty successful. What started happening then was people started thinking, well, we have Bitcoin, what’s next? So what else can you do with Blockchains? Like, what would Bitcoin 2.0 or cryptocurrency 2.0 look like?

Mmkay…so I’m not gonna like, gush over this…but that’s actually pretty cool. Particularly the parts about crypto having a meaningful impact and finding a community of like-minded people.

Sure, some only care about the money, and there are certainly arguments to be made about gas fees locking out the average person…but it feels good to hear about others seeing the same opportunities and wanting stuff to be better. Even if we can’t always pin down exactly what’s wrong or even agree on how to go about fixing it, most of us know the world needs to change for the better. 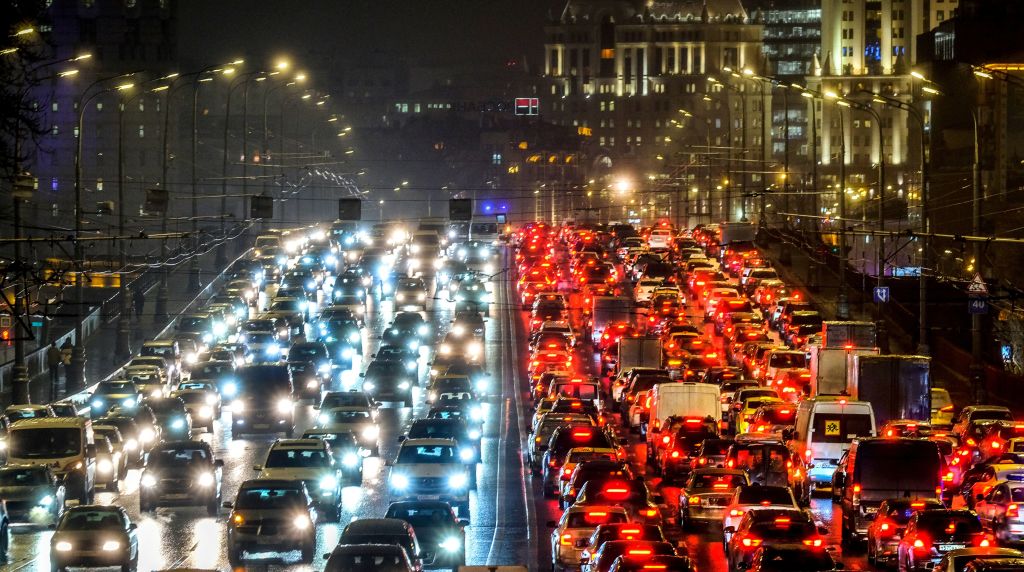 Q: Ethereum has had some growing pains, whether it is high transaction costs, traffic jams, front running…why do these problems exist?

A: Basically, it’s a simple supply and demand problem. The only way to solve this is to improve the technology to increase the number of transactions that the system can process. Then there are problems where people are still trying to understand the correct way and the safest way to do things like security auditing…but you know, at the same time, challenges continue to exist and [are] normal in any space when you have usage growing faster than the technology…

This is definitely understating the extent of the problems on Ethereum (to say the least), but he’s not wrong. It really does come down to the demand for use outpacing the capabilities…any popular chain has issues like these to one extent or another.

Q: You’re planning major upgrades [in the] meantime, and Eth 2.0 is well underway. What will that accomplish? What problems will it solve?

A: So, I think what people call ‘Eth 2.0’ has two big parts. One is the switch to Proof-of-Stake. There will not be any more mining… Ethereum’s energy consumption will go down by a factor of more than one thousand, and the chain will become more secure; it’ll become more efficient. After that is what’s called ‘the merge,’ which is when, basically, the Proof-of-Work chain just stops running, and all of the applications get moved over and continue running inside of the Proof-of-Stake chain.

Now this will be interesting to see. It’s a lot of massive, and controversial, changes to one of the biggest networks in crypto. As far as more secure, I have to note that as a bit subjective and yet to be fully proven…there are definitely security trade-offs being made. I will say that.

#A Threat to the Establishment Q: So is the idea that the next Facebook or Twitter would not be owned by Jack Dorsey or Mark Zuckerberg, but be built on the Blockchain and owned by everyone?

A: There are multiple projects already trying to do that, and a lot of them are based on Ethereum, so yes.

Yeah, Ethereum is a threat…but decentralization is a threat to centralization. May it be Ethereum, another project, or ideally some yet-to-be-seen multi-network solution, we’re thankfully in a place where we can see a world without giant companies like these. There’s still a lot of work to do, but we’re getting closer each and every day. 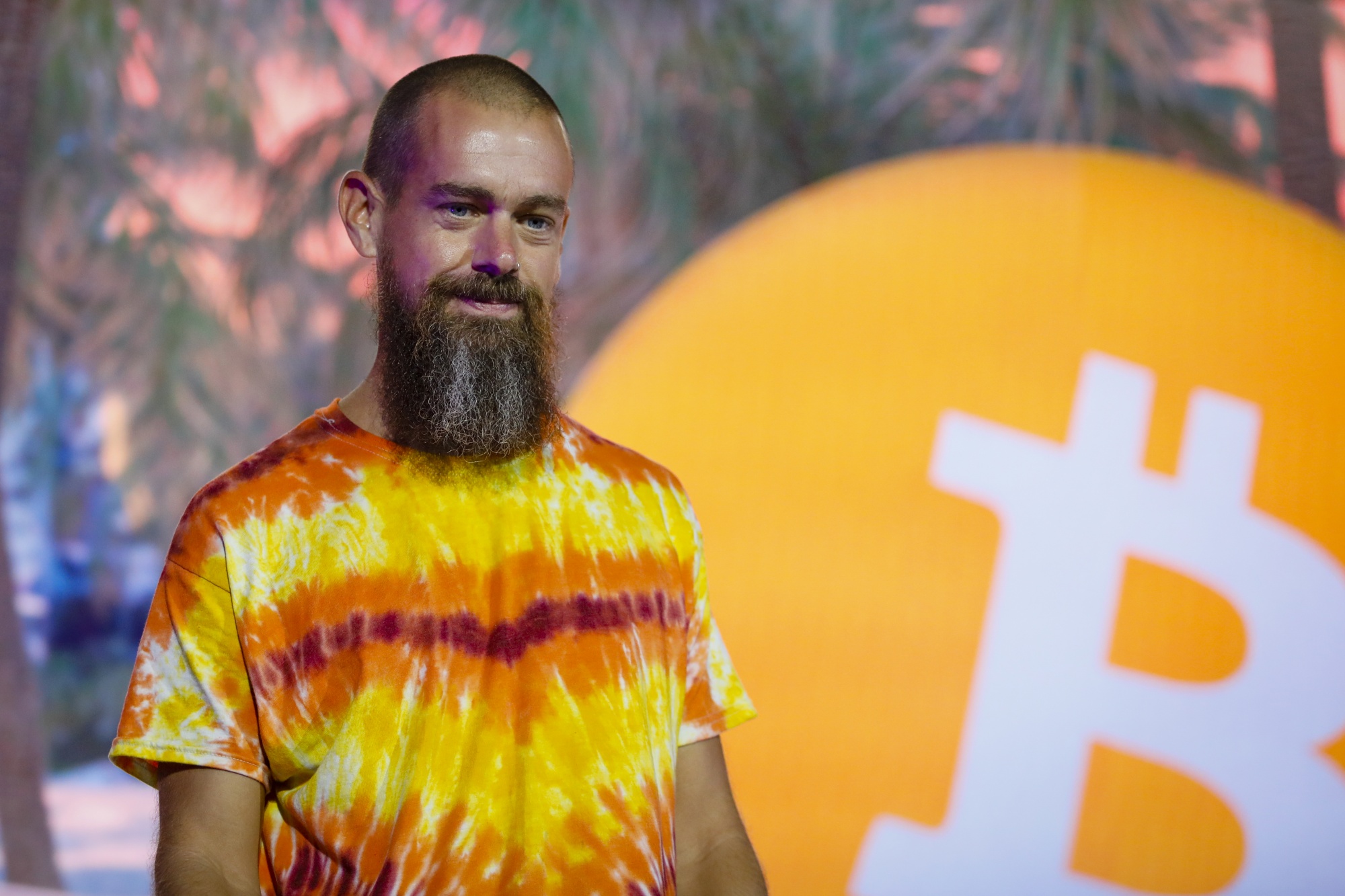 Q: Jack Dorsey recently announced that Square is creating a new business focused on decentralized financial services using Bitcoin. Does it seem like he’s building something that sounds a lot like Ethereum?

A: I’m skeptical about decentralized finance on top of Bitcoin [because] there’s native functionality [on Ethereum] that governs how assets get released. Bitcoin does not have that functionality to the same extent…like, Jack is going to have to essentially create his own system that enforces those rules, and [it] will probably be controlled by either Jack or just the participants in the system. It’ll end up being something with a much weaker trust model. This is the whole reason why Ethereum started as an independent system in the first place. There’s technical limits to your ability to graft new functionality onto a system that’s not powerful enough to support that new functionality.

I am not tribalistic or an Ethereum loyalist. Bitcoin is unarguably what brought about this new wave of decentralization and is here to stay…but I tend to agree here. The current layer 2 solutions on Bitcoin sacrifice quite a bit about what makes it so great, namely data persistence, decentralization, and security. The Lightning Network, for instance, is an incredible technology that changes the game…but that means relying on more than cryptography, and I’m not the only one who thinks so . Q: Facebook’s Mark Zuckerberg is also making some big moves behind the metaverse…what do you make of them wading into this decentralized world?

A: I think Mark is clearly trying to figure out what the next stage after the internet is [before] Facebook is sort of left in the dust…The metaverse, I guess, happened during the pandemic. We’ve basically switched from where the physical world was people’s primary center of experience to a world where the internet really is the center of people’s experiences…the question is just like, what level of quality does that virtual world have?

Q: So, Ethereum in five years and ten years, where is it?

A: I mean hopefully running the metaverse, but I guess we’ll see how it goes.

For any good intentions Zuckerberg may or may not have, I’m fine with Facebook staying out of this. I’m grateful for their substantial contributions to open-source code , but that’s about it.

Bonus Content: I Spent 6 Months Inside the Metaverse… by Justin Renken

See? Not what I’d expected going in either.

While I wouldn’t doubt the creator of Ethereum has a bias towards his own project, there’s definitely a strong ‘love of the game’ aspect here.

I also don’t get the impression Vitalik was looking for a fight. He just made some good points worth considering.

Mining is less efficient. Jack Dorsey will have lots of work to do. Facebook is too centralized. Bitcoin really isn’t positioned to scale in the same ways Ethereum can.

While that might be hard for some to hear, the maxi’s don’t need to descend bearing pitchforks. I don’t believe this means there aren’t important roles to be played, and I don’t think Bitcoin is going away anytime soon. It still has a lot to offer. Just differently.

The fact is that crypto, for better or worse, is still in its infancy, and lots can happen in 5-10 years. Personally, I’m excited for what’s to come.

So what do you think?

Watch the full interview below, and let us know on Twitter .

LinkedIn
Simon is a developer and writer for ARK.io. When he isn't busy programming microcontrollers, documenting Blockchain software, and saving the world from centralization, he enjoys creating music and exploring the latest technological trends.
Tags:
Ethereum
Vitalik
Blockchain
Share:
More from MarketSquare
View all