Blockchain: Bane of the Cheaters 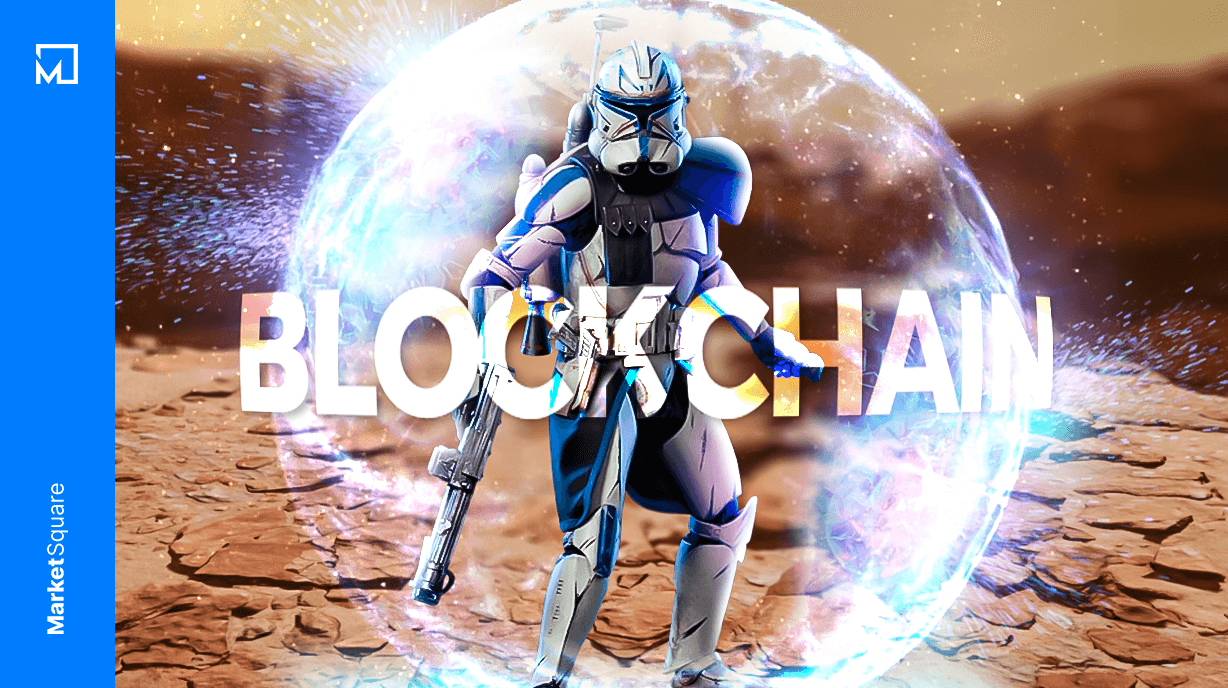 In my previous article I touched on how cheating in online gaming has become a huge a problem and how all of it could be prevented by utilizing Blockchain technology. Let’s take a more in-depth look at how this could be achieved and the ways in which it could be put into effect. Check it out!

#Cheaters as Far as the Eye Can See

How many times have you been on the verge of a sweet victory in a game, only to be stopped in your tracks by someone landing an impossible shot, or through a wall, or, in some cases, not even looking at you? I imagine you’re just like me and find this rather…annoying. Unfortunately, as gaming rises in popularity, so too does the use of hacks and third-party programs that give players anything from an unfair advantage to straight-up God Mode-style cheats. No level of gameplay is immune to this situation either. Even the professional level of eSports has suffered as cheaters still manage to find ways to remain undetected. Ah, how the spectacle has changed from dusty warehouse LAN tournaments of old

#The Fish Rots From the Head…

Now, not all eSports cheats can be classified under the umbrella of aimbots and wallhacks. In 2012, at a League of Legends tournament, the team Azubu Frost was caught viewing a screen only meant for the spectators of the event. This allowed them to literally pinpoint where the opposing teams’ positions were on the map. Then there’s the infamous ‘Robodoping’ scandal when recently crowned champion Cameron Jeffers was caught using a bot to level up stats, allowing him to unlock a top-tier bicycle in the British Cycling eSports Championship. Once discovered, officials quickly disqualified him, canceling his win and slapping him with a fine and 6 month ban.

Probably the biggest scandal came out of the eXTREMESLAND tournament in 2018, when Optic India player Forsaken was caught cheating live at the event. Officials went to review his computer since things didn’t seem quite right. Spectators were then treated to a failed attempt by Forsaken to delete an aimbot he had installed and saved as the mildly amusing ‘word.exe.’ Forsaken is now credited with destroying the entire eSports sponsorship community in India. Good job mate. Forsaken attempting to delete the ‘word.exe’ file while officials move in to review his files. What a loser…

Now, the first instance I mentioned isn’t something that Blockchain could necessarily solve since it concerns the layout of the screens at the tournament. But the others? Oh yeah. Blockchain could have totally prevented them from happening. Before we get to that, you first need to understand some basics if you don’t already.

#How The Ledger Works

Unlike traditional systems that store information or data in a centralized place, like your computer, Blockchain uses a ledger that records and stores information in a decentralized way. What this means is that all information is stored in sections called nodes, which make up the blocks in a Blockchain. These nodes are constantly being checked and corrected whenever information is added or changed. Once a node has been cross-checked and verified with enough information, a new node is formed by miners. But, if information doesn’t match with what other ledgers on any given node have in their records, it is removed or simply does not receive authentication. 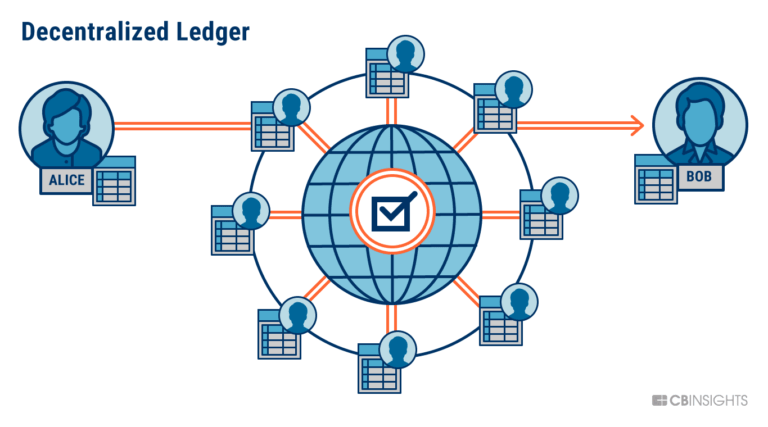 A simple way to view a Blockchain Ledger System

It’s pretty easy to see how this would benefit the gaming community. Thinking of adding an aimbot to your source files? Nope, sorry, can’t verify! Tweaking minor files to benefit you and you alone? Nope, yet again, I don’t think so. Cheaters being able to populate and manipulate the community could quickly become a thing of the past. Now, one of the primary issues with modern gaming is developers wanting to retain ownership or control of what goes on in the game itself. Luckily there are ways that games and developers can integrate systems with Blockchain to prevent these kinds of things from ever happening.

One of the first ways I think Blockchain integration can help is by applying it specifically to eSports tournaments. The current system of allowing players to bring their own computers or having complete access to ones provided to them has caused major issues. Yet again, centralized systems have massive flaws in that sense. It doesn’t help that tournament standard practices, namely the scanning of files, is still very easy to circumvent. Bringing in third-party hacks while keeping them hidden somewhere in the computer is relatively simple to achieve (unless you’re Forsaken, of course).

If decentralized systems were used, no one could alter or add any files and be authenticated for play. Tournaments could host a Local Area Network (LAN) with a Blockchain ledger system that players would have to log in to access. This guarantees that no cheating could occur because only unaltered files can be accepted by the ledger which would consequently be set up and overseen by tournament officials.

Similar to eSports-style play, many popular games include a ladder or ranking system variant. Standard play could be left to the current server hosting format, where nothing would change from what players are used to. However, with ranked or ladder play, integrating a specifically designed Blockchain players must connect to before being able to enter matchmaking would form part of the enhanced system. Imagine playing APEX Legends in the Predator League with absolutely no possibility that you could be going up against cheaters. Oh the freedom! 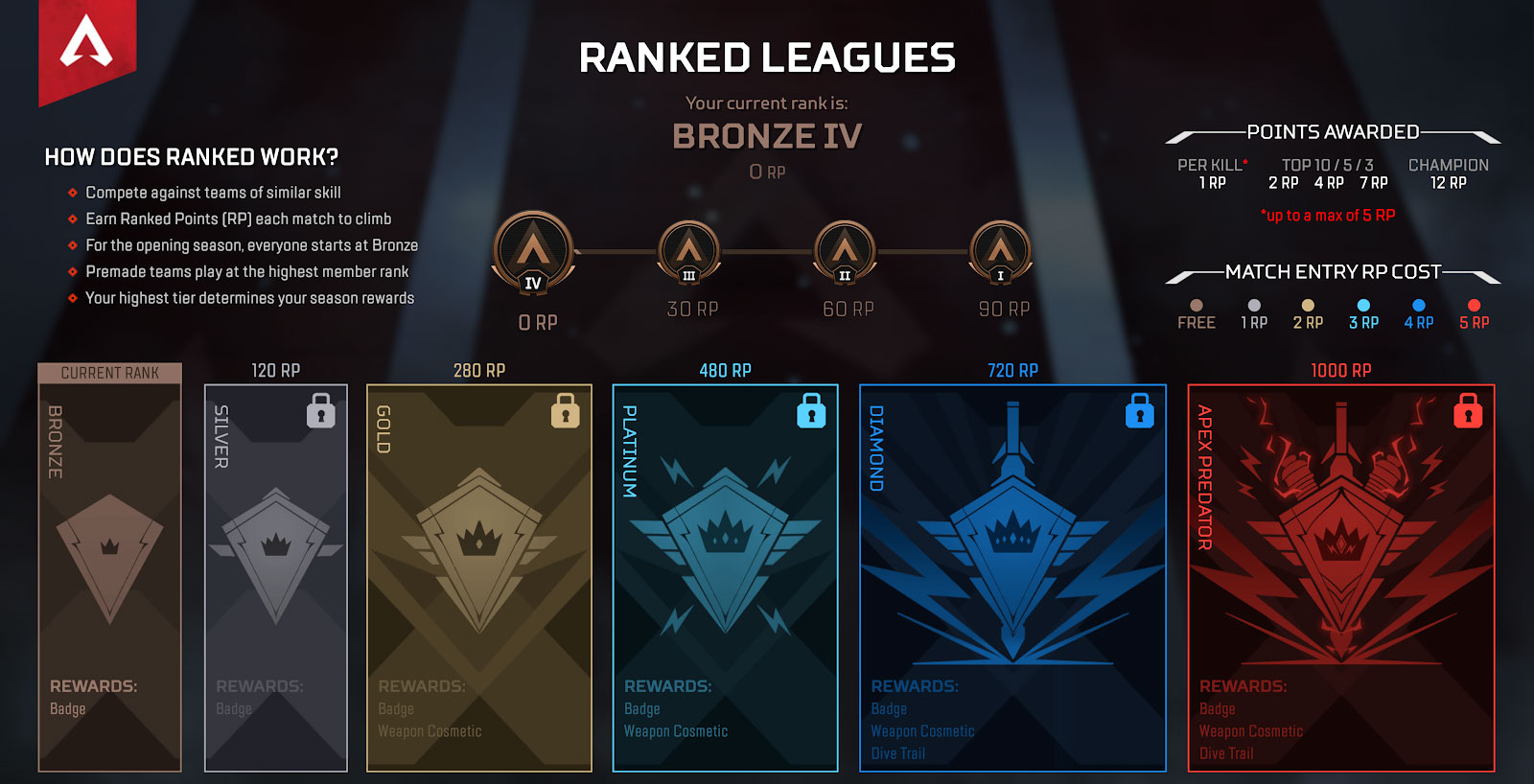 I think the most I ever made it to was Platinum. Skills, I know…

As I also mentioned in the previous article, one way ladder play would differ from the tournament system is that it could also incorporate governance protocols. These would allow the competitive community to have a voice in how certain aspects of the game should change (or remain the same). I would have no issue having to go through an extra login screen to ensure that I wasn’t going to be cheated out of a win by…well, cheaters.

If mainstream games are plagued by cheats, hackers, and third-party programs interfering with how developers want a game to be played, there’s an answer ready to be implemented, and it’s one that everyone is talking about. Seriously developers, you can stay in control while also protecting your player base from people trying to manipulate the system. The only way an aimbot gets used, is if everyone has one (which actually sounds like it might be fun for a few rounds, but I’ll leave that to private server rules).

The main point is that Blockchain’s security is unmatched in the current digital age. Decentralized systems are entering and evolving all aspects of life, and gaming will be no different. Developers don’t necessarily need to build games from or for the Blockchain, but they have the opportunity to transfer systems to it. I remain hopeful that, as the popularity of NFTs and crypto-based games grows, mainstream developers won’t be far behind.

Youtube
Spizzo is a videographer, writer and gamer. He spends his nights dominating tug of war with his dogs, popping domes in games, and preaching the good word of his favorite altcoin.
Tags:
Gaming
Blockchain
Cheaters
Share:
More from MarketSquare
View all